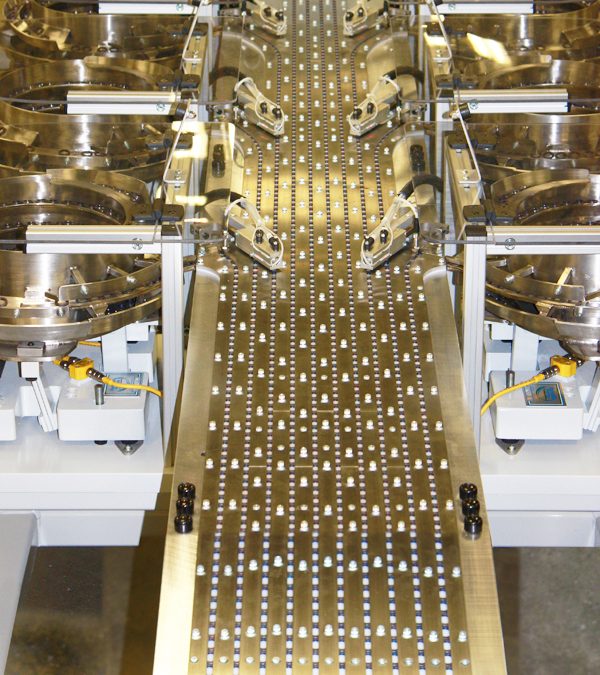 Problem: A manufacturer needed a feed system to supply 10 spacers of various thicknesses to be used in the assembly of mechanical components. The spacers were picked and placed by robots that could be programmed to select any of the 10 spacers needed for the assembly. Depending on the model of the component, the customer needed to be able to use any combination of the 25 available spacers. To reduce changeover time, all 10 bowls needed to be able to feed any of the 25 spacers without a tool change to the bowl. Feed rates varied based on the spacers required. The spacers were hard, so using a vibratory inline would have resulted in premature wear of the track. Fortville Feeders produced this feed system three years prior which utilized an air track supplied by two large electric blowers. The system is working flawlessly, however it required a thick sound enclosure to meet the customer’s noise specification. Fortville Feeders challenged themselves to make a functional, reliable system without the noise.

Solution: Fortville Feeders designed a parts delivery system that used 10 spring-loaded push mechanisms. The system included 10 vibratory feeder bowls that were tooled to handle any of the 25 parts. This gave the customer over 3 million different combinations for parts feeding.

The spring-loaded push mechanism solved two problems: it eliminated the need for a sound enclosure and it kept all 10 lines fully loaded with parts at all times regardless of the demand. 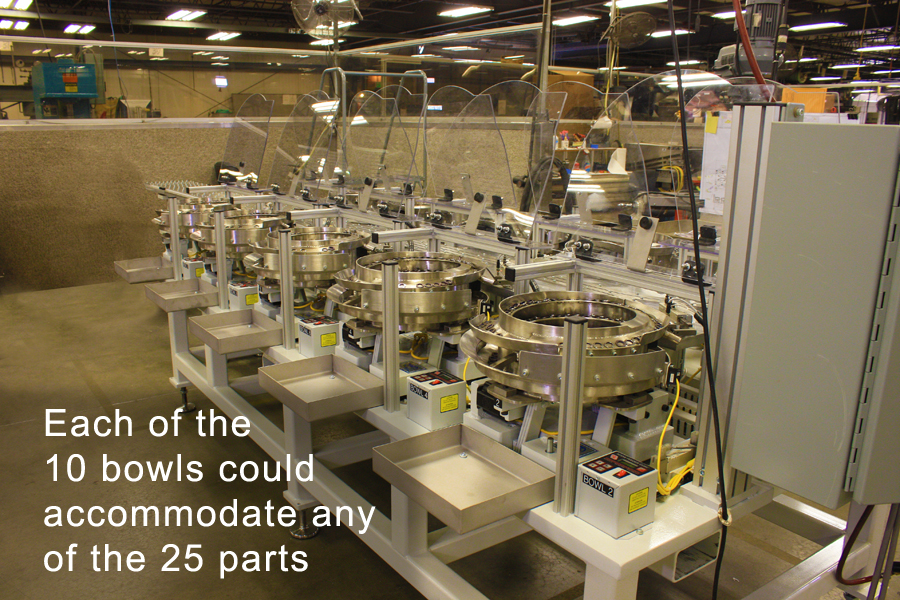 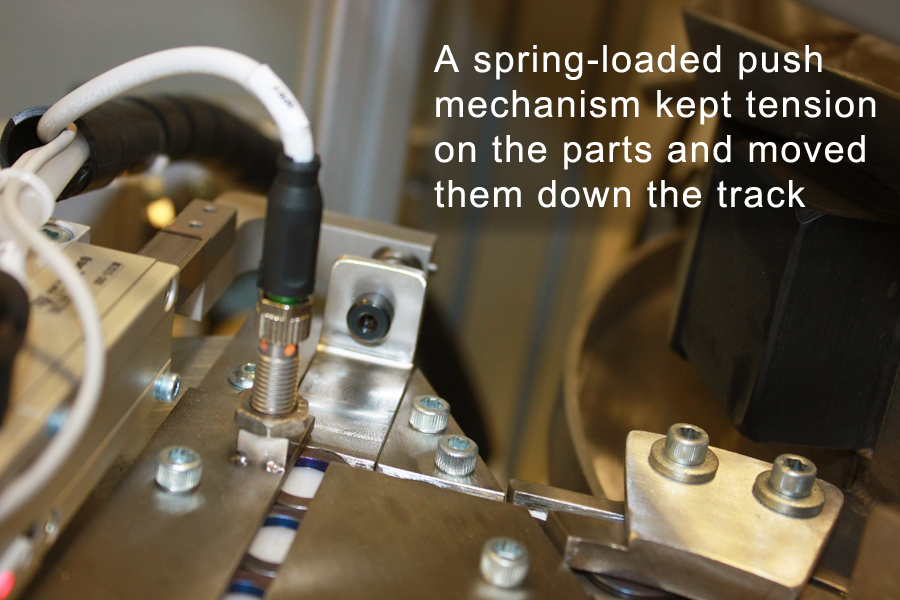 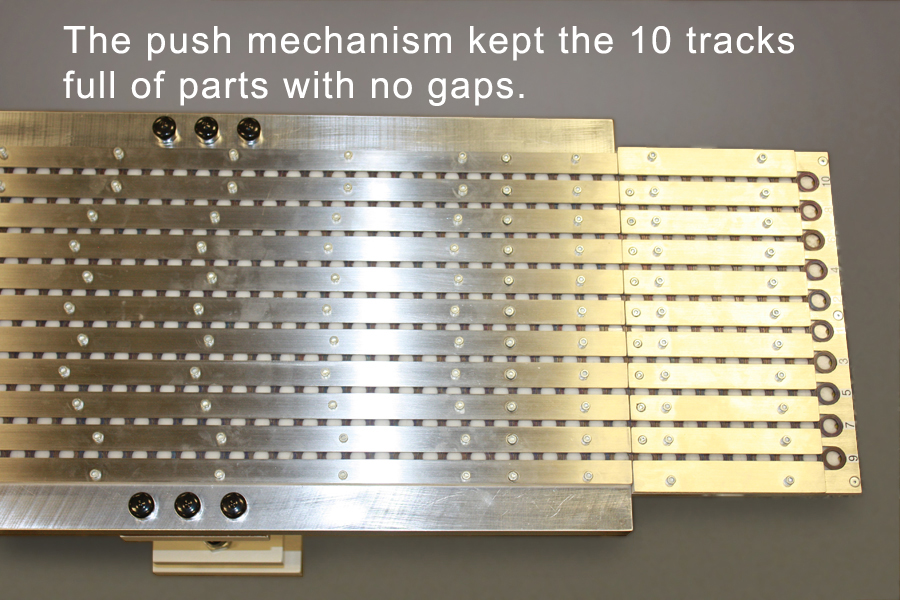 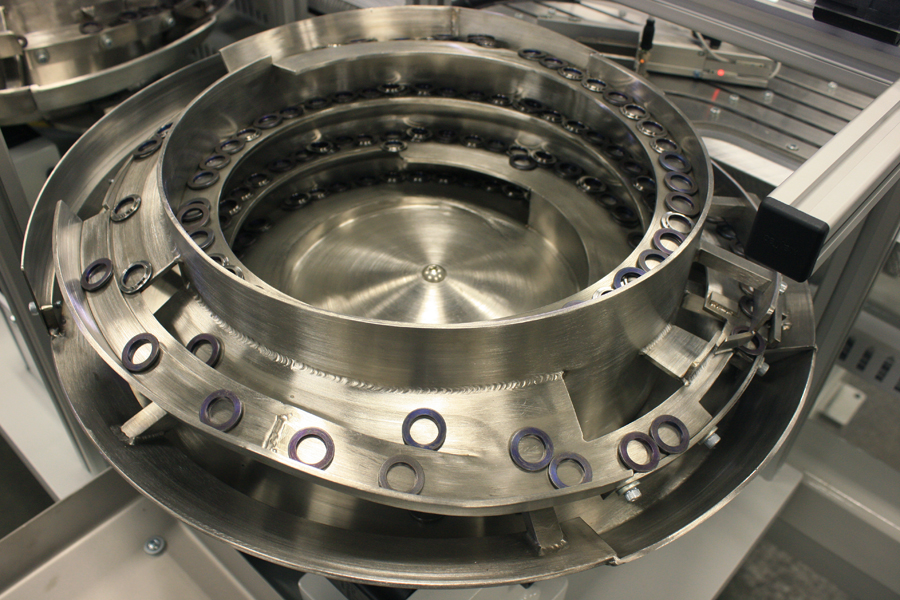