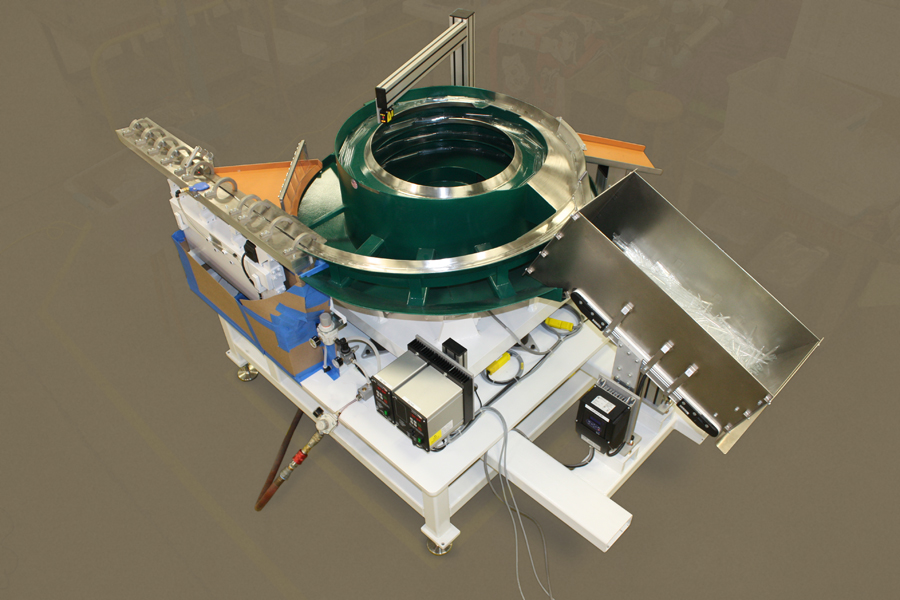 Problem: An integrator was building an automated system that packaged five different sizes of medical glass pipettes. The pipettes were very fragile and had to be gently handled, but delivered at 80 parts per minute. This included bulk loading of the parts, moving them down the vibratory feeder, orienting and removing non-compliant parts. Any broken pieces had to be removed by the feeder system.

Solution: Fortville Feeders specializes in gentle handling of delicate parts. The expertise of both engineers to custom design a feeder system and the bowl toolers to build it is realized in a project like this. The glass pipettes were fed with a live belt hopper that moved them to a sloped ramp so they were not dropped into the middle of the feeder bowl. Instead, the parts were fed into the return pan directly from the live belt.

The pipettes were moved to an inline track and oriented so they hung by the flange. Because they were light weight and easily broken, Fortville built an air jet system on the underneath side of the track to move the parts to the end of the track for assembly. Misoriented and non-compliant parts were moved off the line with an air knife. These parts were blown back to the bowl to be recirculated.

One of the ways that Fortville worked in concert with the integrator was seen in a prototype shard catcher. Broken pieces of glass had to be taken out of circulation by the feeder system. The integrator wanted to build their own collection system. Fortville built a cardboard prototype that worked so well, the customer used it as a template for the final design.

This system was effective in handling all five of the glass pipettes in one system. 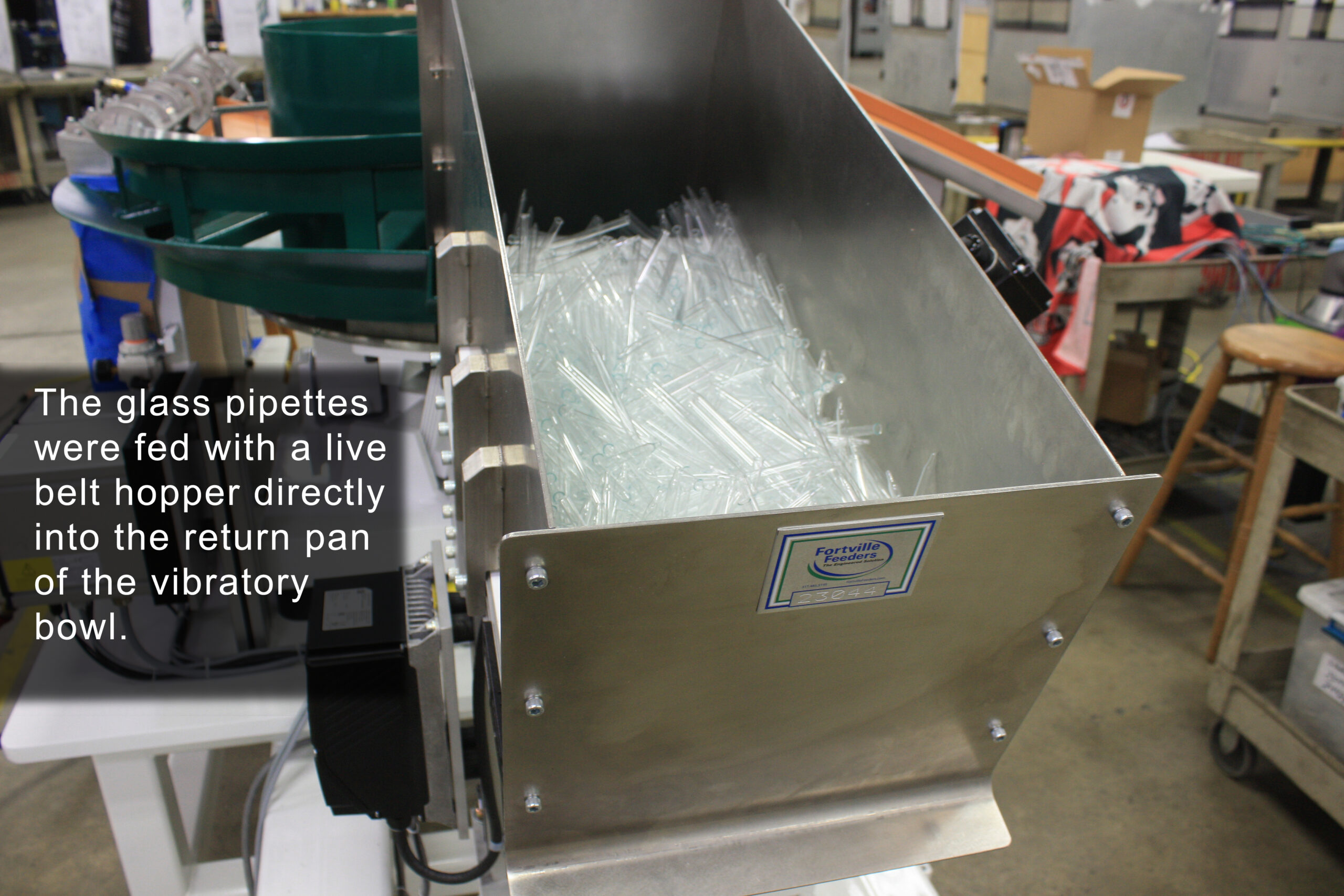 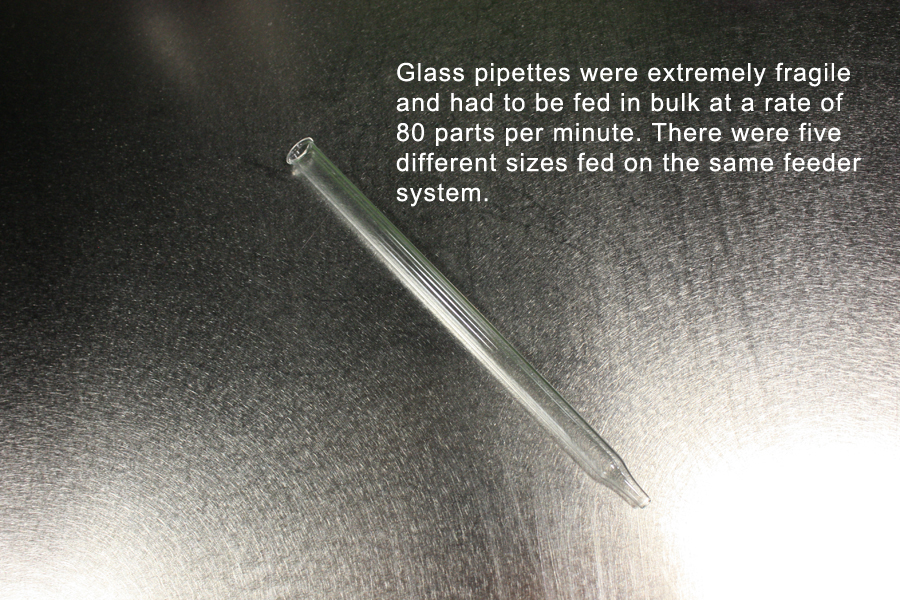 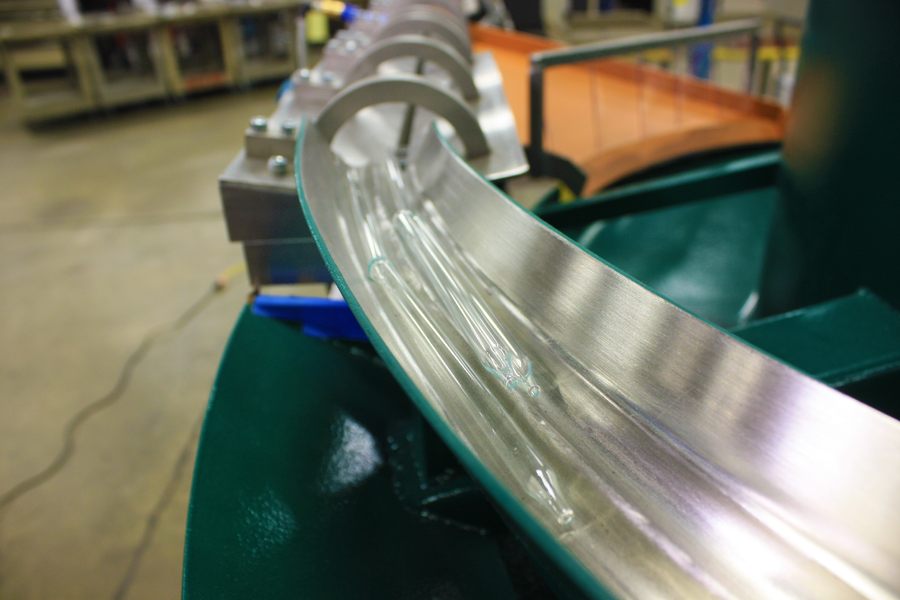 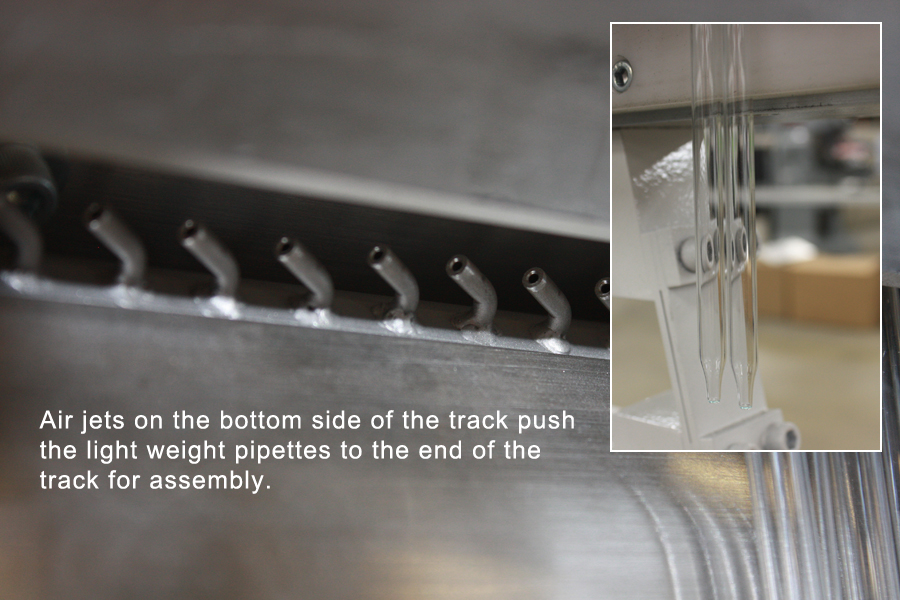 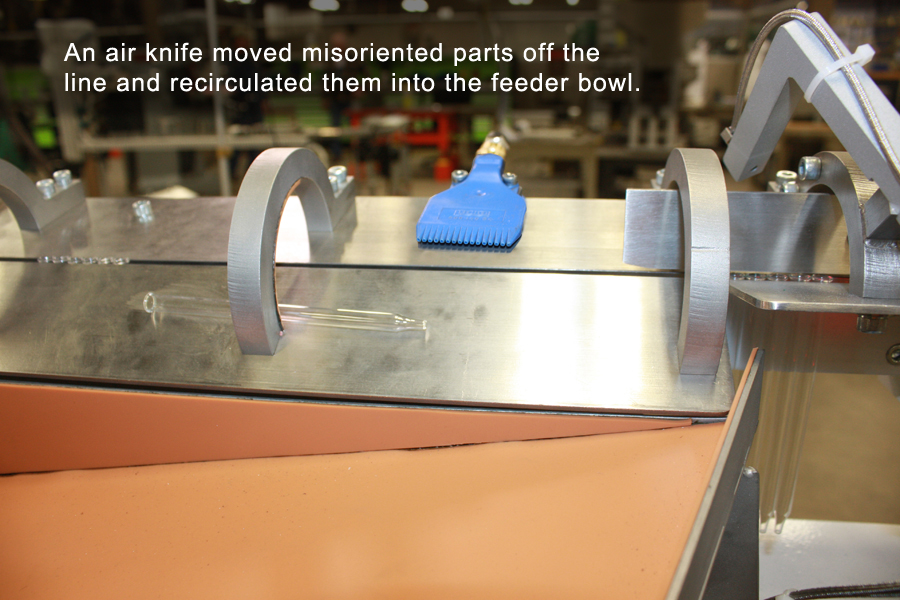 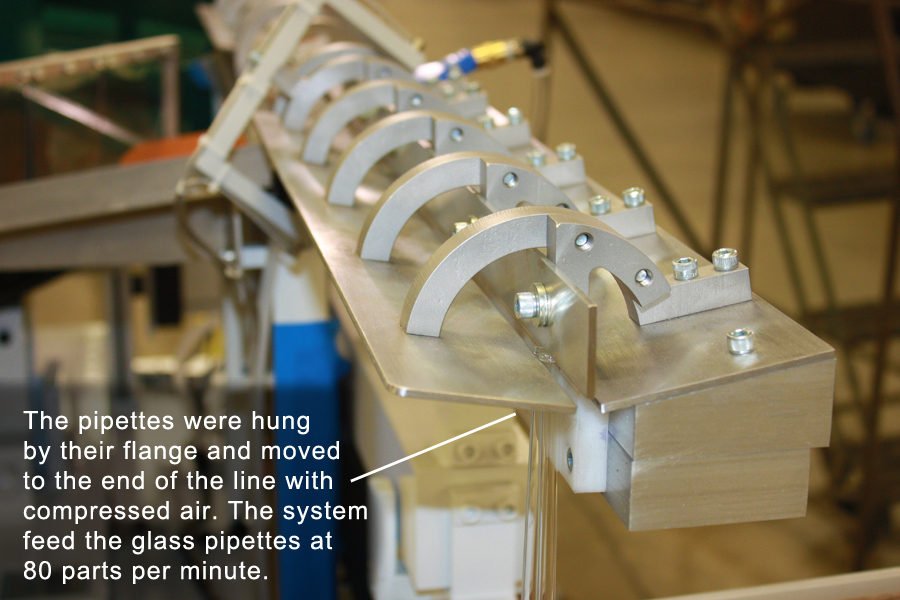 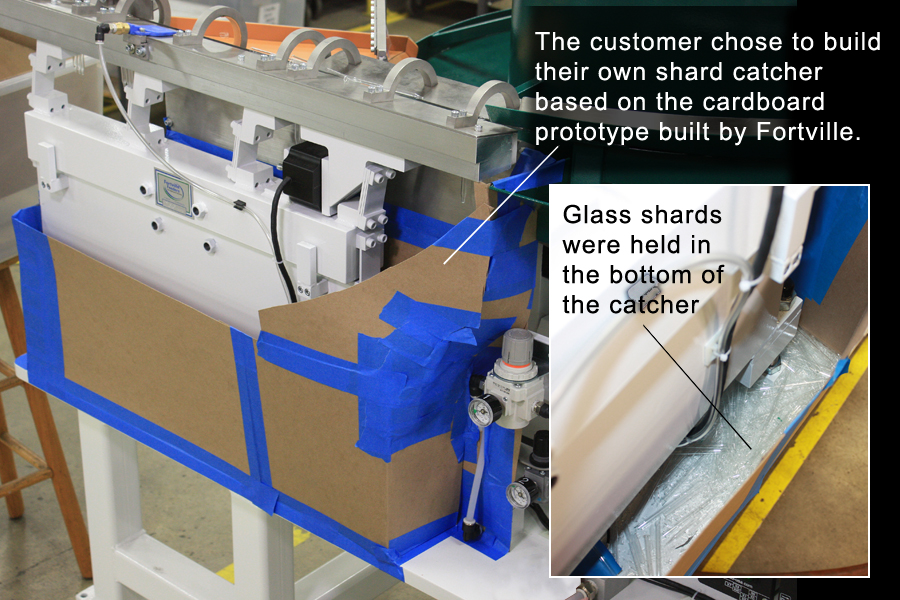