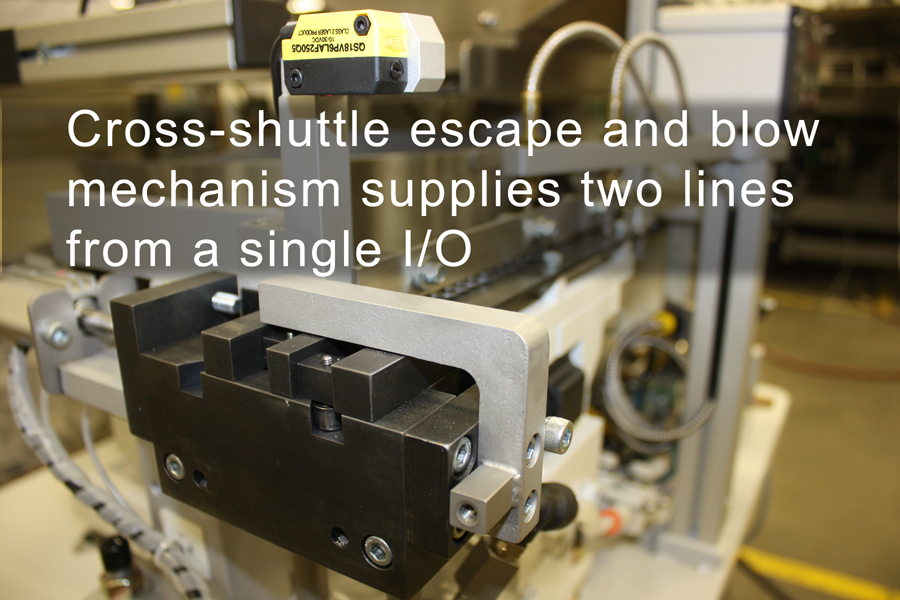 The customer is a manufacturer of small gasoline engines used in lawn and garden implements. They had a feeder system that moved very small bolts to two staging locations. The system used a single feeder bowl and an escape and blow device with a diverter that routed parts in two different directions. The problem was the diverter did not always function correctly. It misfed parts and failed to alternate down the two lines.

Fortville engineers recognized the problem with the diverter system and came up with a new solution. They designed a feeder bowl system that used an end-of-line mechanism to separate the bolts alternately into two lines, then blow fed them to the two stations. Here’s how it worked: as a bolt was moved down an in-line track into a nest, a part presence sensor verified the part was nested. With just one cylinder, the cross shuttle performed a compound motion. The part was moved to the side and away from the in-line track to drop down the tube to be sent on its way. As the one side dropped the bolt down the tube, the other nest was then in place at the end of the in-line track to accept the next bolt. A part presence sensor verified a bolt was in position and the process repeated itself, cycle after cycle. The entire mechanism performed simply with one pneumatic cylinder and one part presence sensor. However, this could not have been completed without our expert, in-house machinists who made two identical slides to fit into the compound nest.

Fortville engineers also diverted another potential problem with this design. These bolts are very lightweight with a flanged head. In such a situation, parts can easily overlap each other (shingle) when moving down a track, especially when they have a thin, flat feature. Fortville’s experience in dealing with lightweight, flanged parts helped solve this issue. The end-of-line device was built with fingers that grabbed and held each bolt in place before dropping it to be blown down the line. Trying to lift the bolt would have caused them to dislodge subsequent bolts moving behind each part. Fortville’s engineers designed a system that isolated and dropped the part rather than lifting them.

By capitalizing on Fortville’s expertise in complete feeding system design and expert machinists, all under the same roof, we were able to deliver a simpler, more robust system that solved the misfeeding problem the customer had experienced with their old system. The new feeder enhanced the productivity and reliability of the overall system. 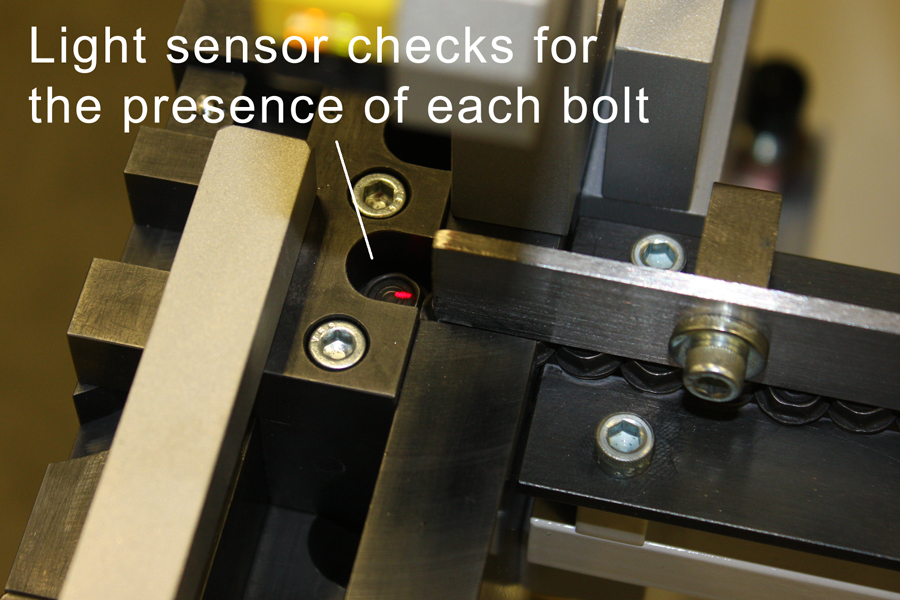