Customized loading and sorting of parts for a four line grinder 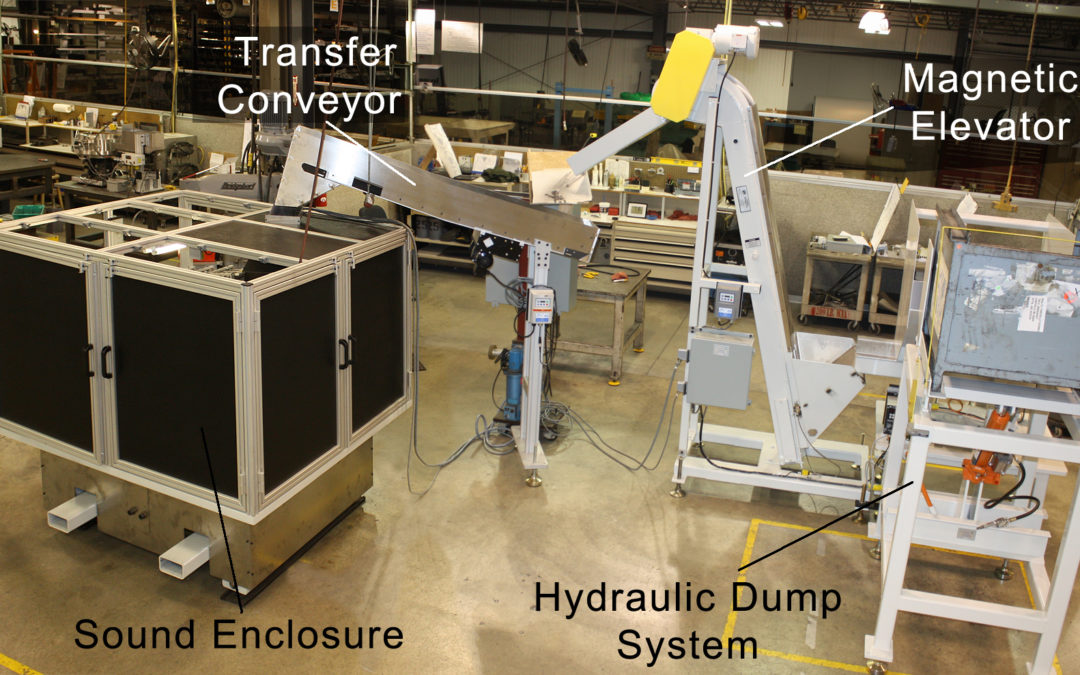 Problem: The customer had a need to feed a four line grinding machine with a continuous feed of parts. They had a bulk parts tote for their parts and a washing system, but needed to automate the loading and sorting process from start to finish.

Solution: Fortville started with a hydraulic dump system that was customized to the customer’s tote. This poured parts into a large bulk hopper with a trough driver, which fed a magnetic elevator. The parts were fed into the customer’s washing system. From there, Fortville used a transfer conveyor that fed parts into a vibratory feeder bowl with four inline tracks which fed the grinder. The feeder system was designed to handle four different parts, sort and feed them down the four separate tracks. The feeder bowl was surrounded by an enclosure that protected the washed parts from dust and provided noise reduction. 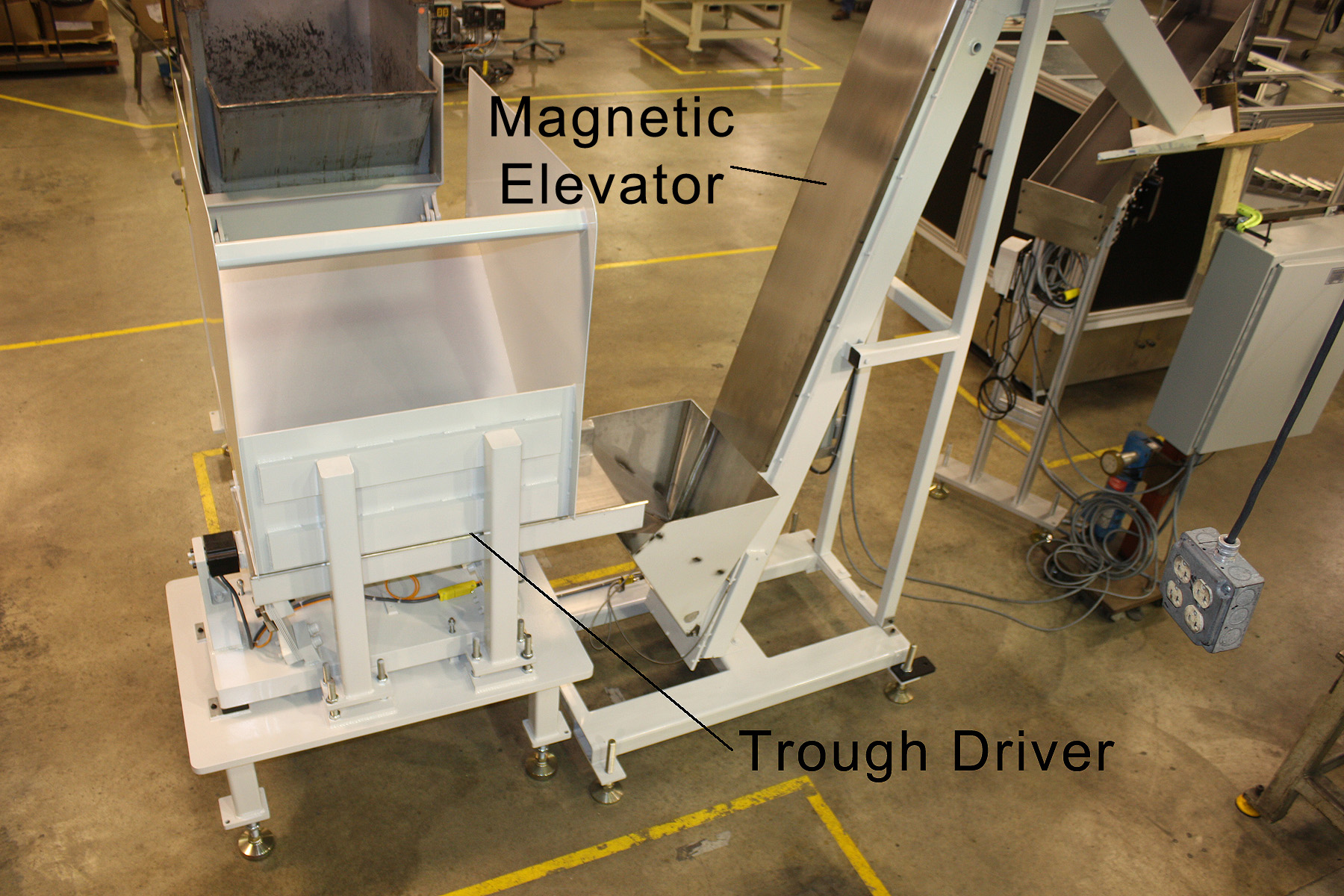 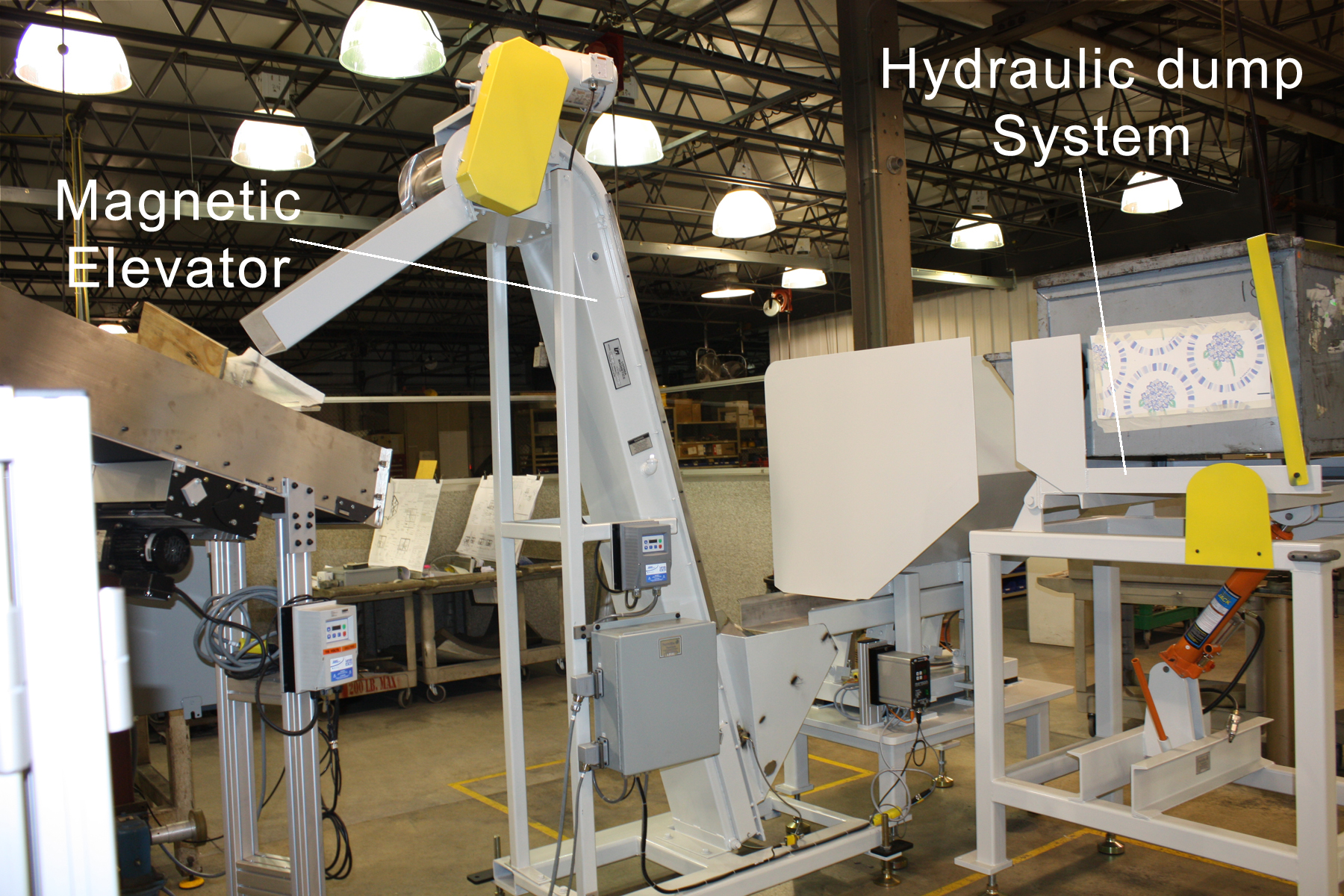 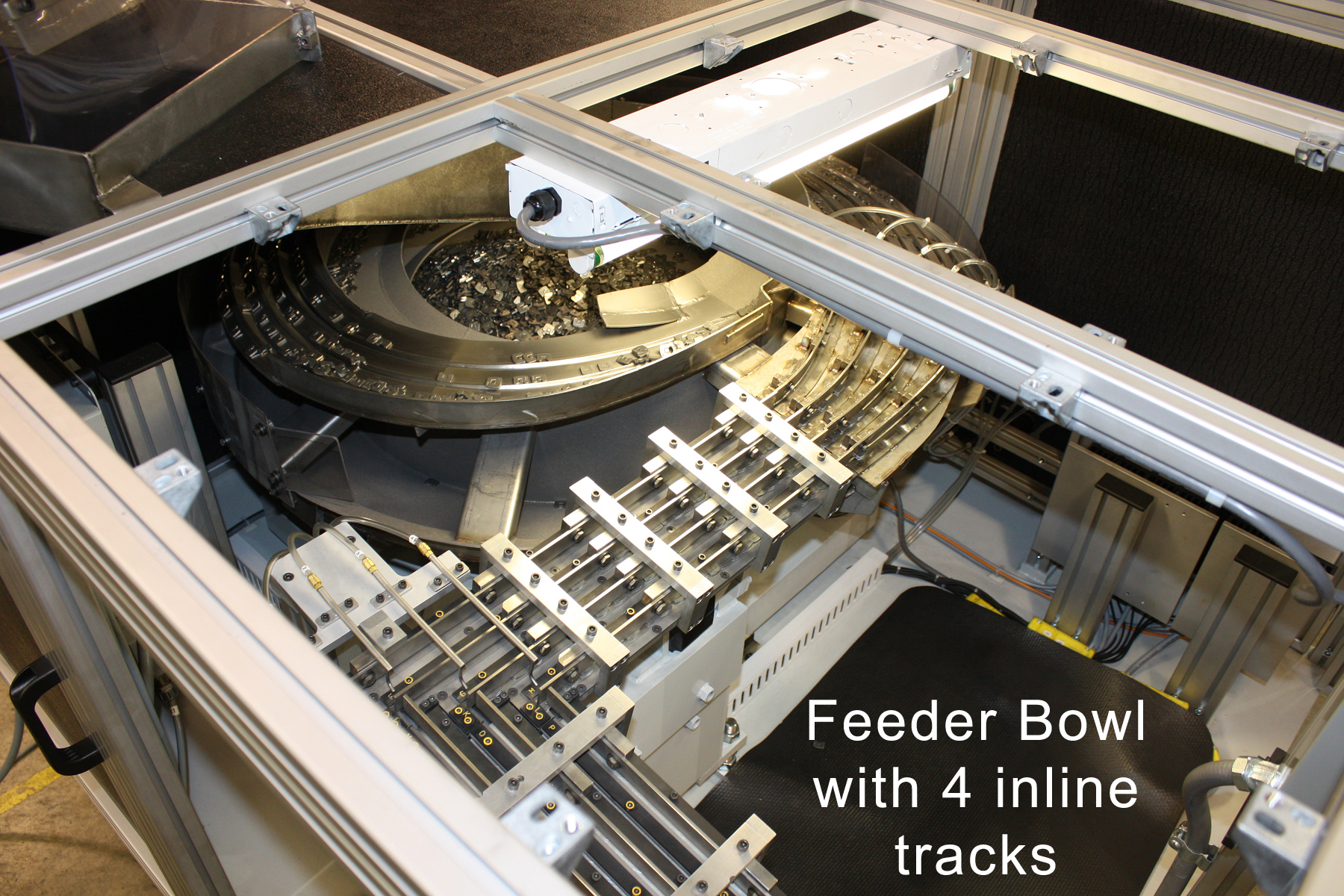