by Fortville Feeders | May 24, 2022 | Escapements and Mechanisms, Featured | 0 comments 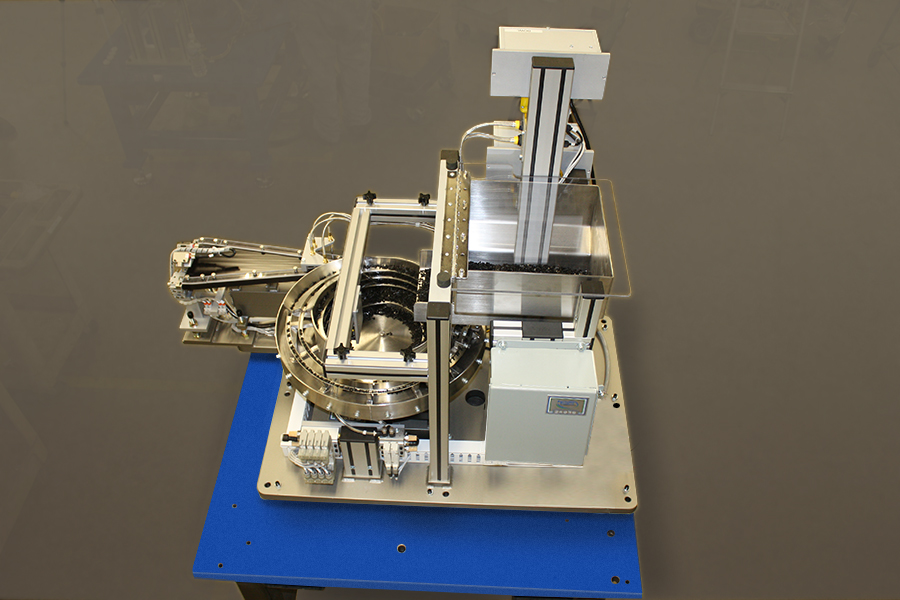 Problem: An integrator was looking for a way to feed tiny plunger parts. The parts had a flat, oblong head with a hole running through the length of the head. The parts needed to be presented to four pickup positions with the heads up and the holes facing forward.  The parts also had to be kept free of dust that might clog the holes.

Solution: There were a couple challenges in feeding this part to the robots. First, it was small and lightweight. It had to be held in precise orientation for robotic pickup. Lightweight parts have a tendency to misalign while moving. Fortville Feeders specializes in small and light parts. They built tooling to properly orient the parts and eliminate noncompliant and misaligned parts. The parts were then fed down two lexan-covered inline tracks which held them in close tolerances to the end of the track. The lexan covers not only held the parts in position, but also served as a dust barrier.

A second challenge on this project was the speed of supply. There were two pickup stations, each with a dual robotic gripper to receive the parts. Each of these stations had a left and right robot that each picked two parts in three second intervals. As the one side picked up the parts, the cross shuttle was loaded for the other side and moved into place. Fortville’s engineers designed a feeder system that took the lightweight parts into consideration. Speed has a tendency to misfeed lighter parts, so the system was designed with two features to keep the parts moving without jams. The vibratory feeder bowl was built with two supply lines instead of one. This allowed the parts to be moved at a slower rate to the inline tracks. At the end of the line, the cross shuttle was designed with three position nests instead of two. This allowed the system to load parts at a slower speed. It loaded one part in the third nest while two were being picked, shifted back for the second part to be loaded before moving to the pickup area for the next sequence.

This two-line vibratory feeder system with two, three-position cross shuttles is a great example of the engineered solutions Fortville Feeders provides their customers. Each feeder system is customized to the unique part being fed. In the end, the customer ordered multiple feeding stations to increase production. 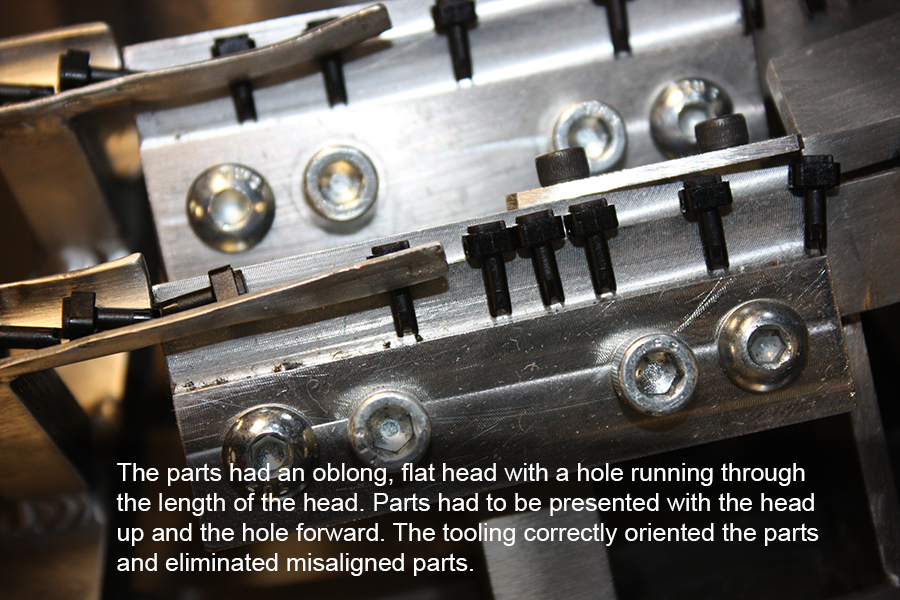 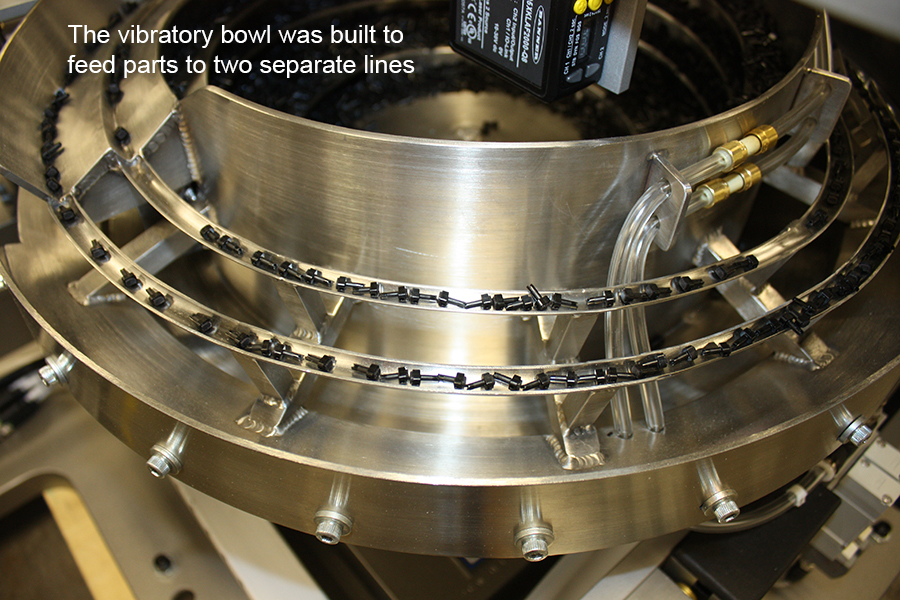 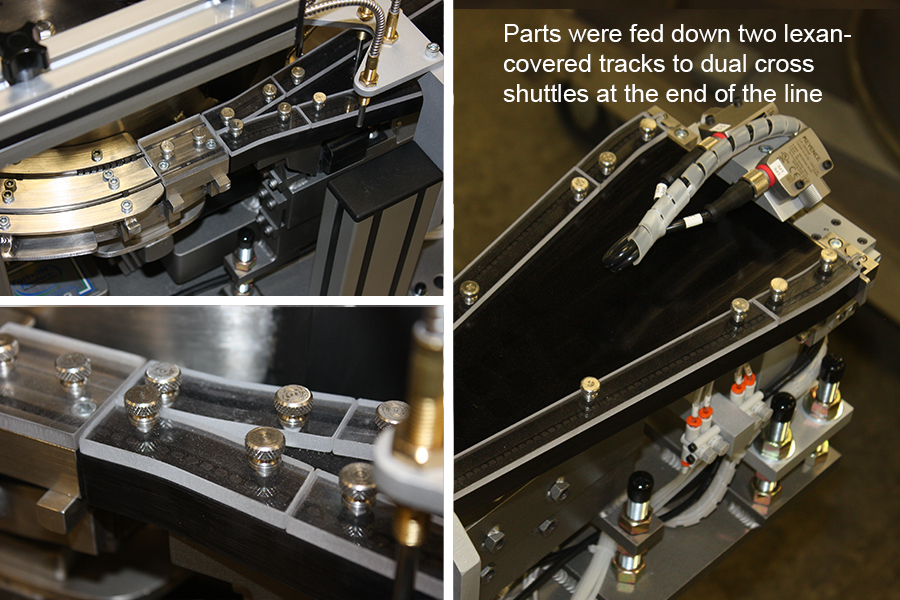 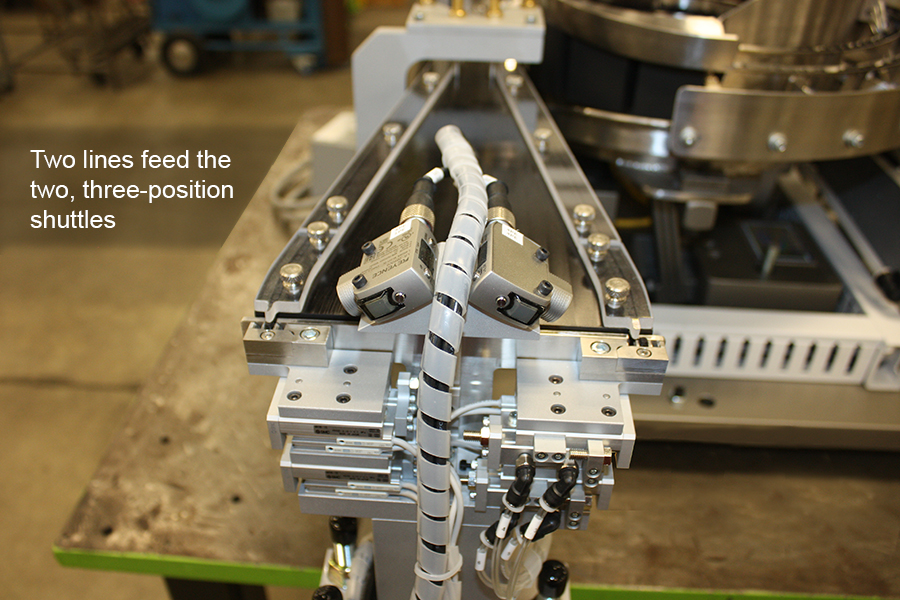