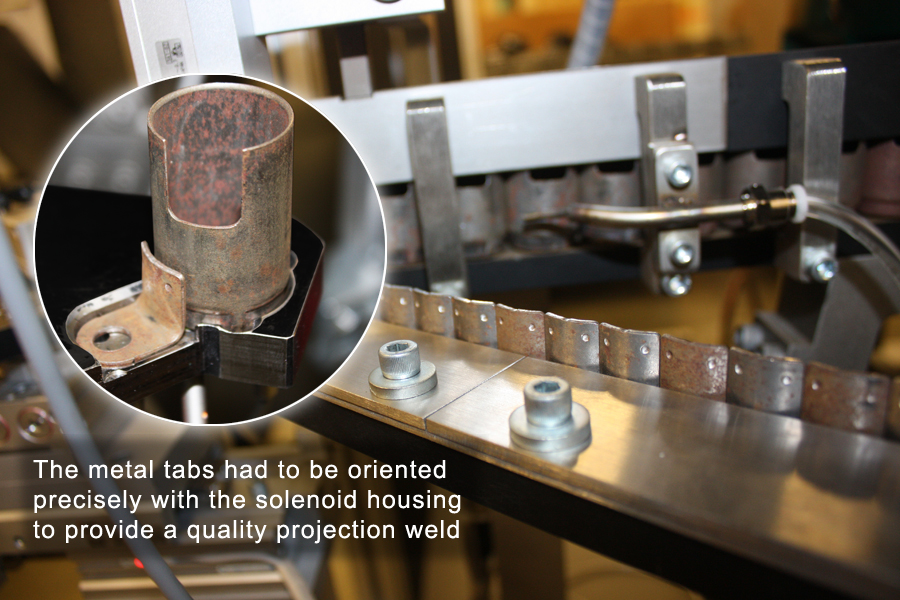 Problem: A manufacturer of auto engine components was having trouble finding enough qualified laborers to assemble their solenoid housing units. They wished to automate the pre-welding assembly of two parts. These had previously been hand assembled before being picked up by a robotic arm and welded together. To overcome the lack of labor, the customer approached Fortville Feeders to see if the feeding of the two parts could be automated so that the operator could load the machine and the parts could be accurately handed off to the robot.

Solution: Fortville Feeders specializes in the integration of complicated parts feeding to fit the customer’s automation needs. In this case, the two parts consisted of a notched, cylinder-shaped housing unit and a metal tab with two stamped projections that were then resistance welded together. The system was designed to orient the two parts in a nest before presenting the parts to the robot. The robot had limited reach capabilities, so the mechanism was designed to rotate the part for precise orientation. The unit was also designed with three parts presence sensors in the mechanism. These released the rotating nest when parts were in the correct position. The system was built to deliver a part every four seconds.

This parts feeding system solved two problems for the customer. First, they were able to permanently automate the feeding of parts to alleviate their labor shortage. Secondly, they were able to feed their existing robots with more precision than hand feeding the parts. 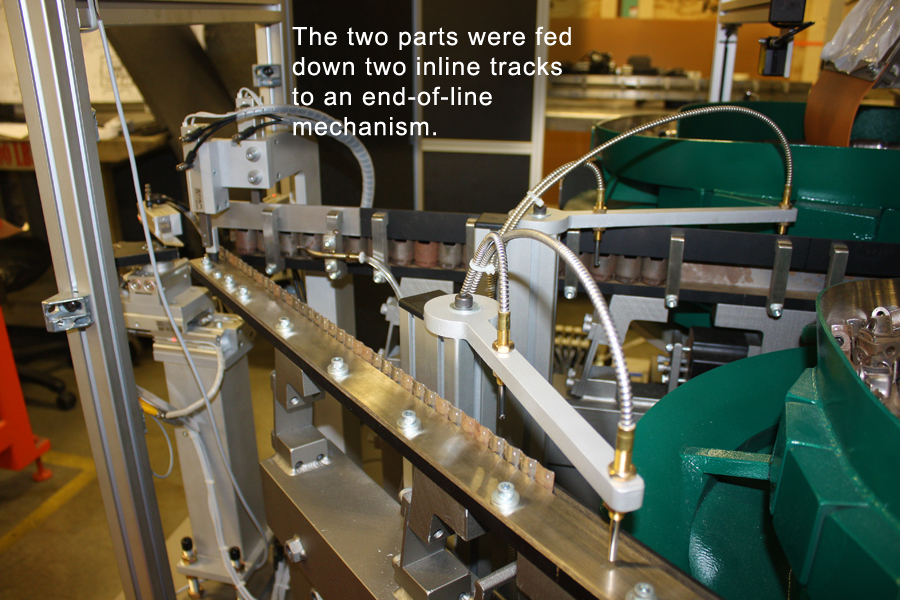 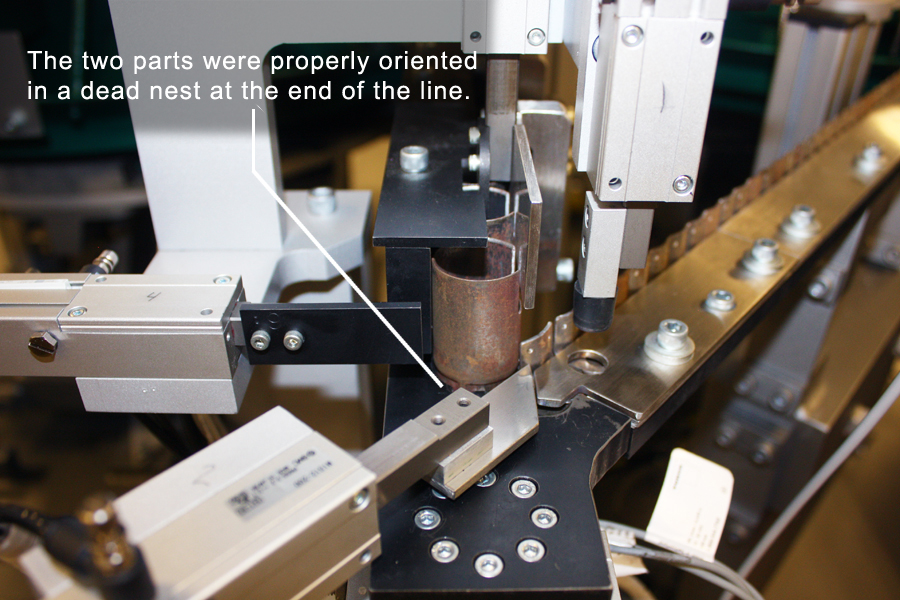 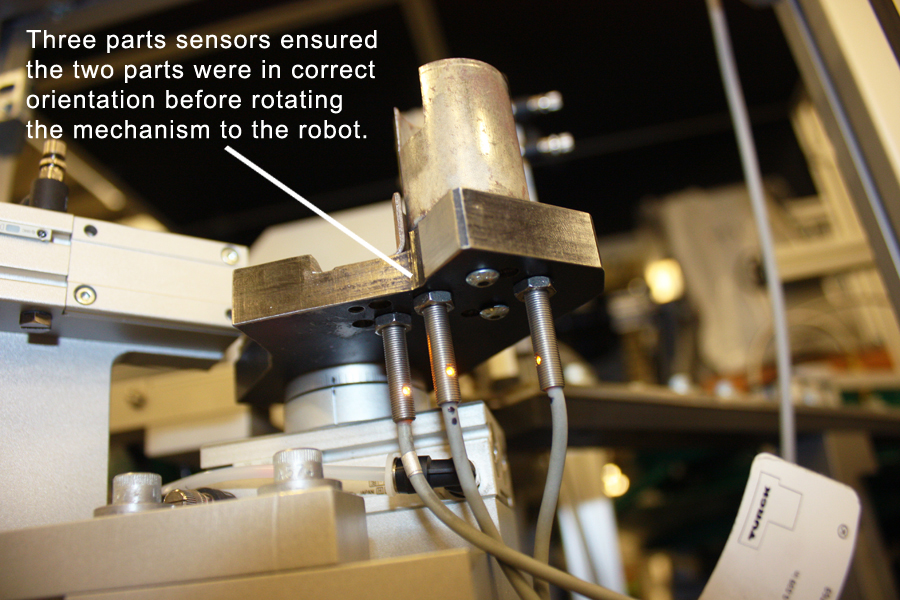