Problem: The customer was handling very small parts with a tapered end that needed to be sent down their assembly line standing up on the part’s base. The size of the part made it difficult to orient, select and contain particularly with a radial feeder bowl.

Solution: Fortville Feeders designed a vibratory feeder bowl that moved bulk parts into position, singulated each part and fed them onto a horizontal track. Each part was isolated, oriented on its  base first and then stood up on its end. Parts were checked for proper alignment. Any part that was incorrectly oriented were dropped off line and recirculated into the feeder bowl. The key to the success of this system is the engineering behind it. The radial feeder bowl pre-oriented parts. The parts were then moved down the horizontal track and re-oriented twice to get them to their standing position. Most of the positioning function was performed on the track. The system is designed so that it can be easily modified for another part. With an eye to the future needs of the customer, the ability to adapt the existing feeder system gives them flexibility in their automation management. The system is also designed to easily access any worn parts that need to be replaced. 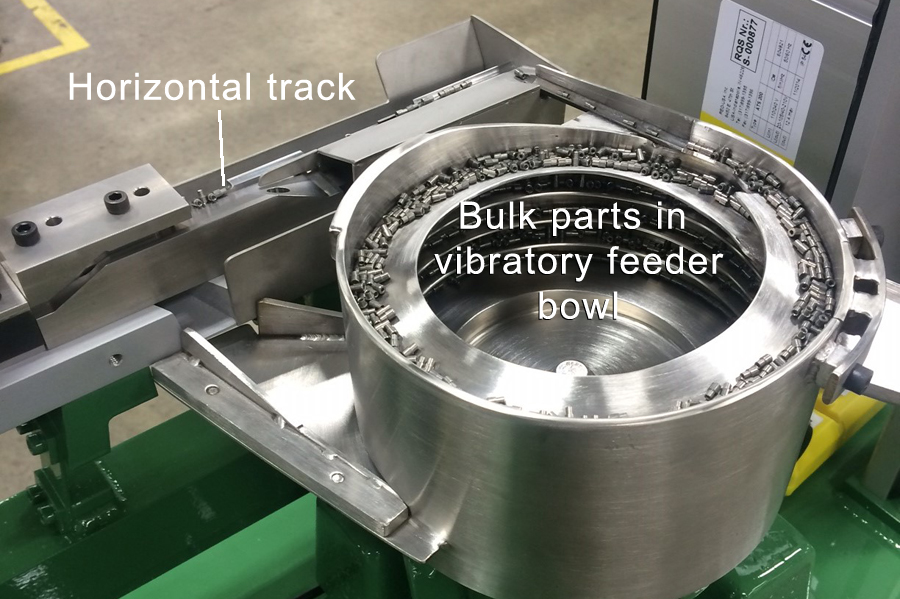 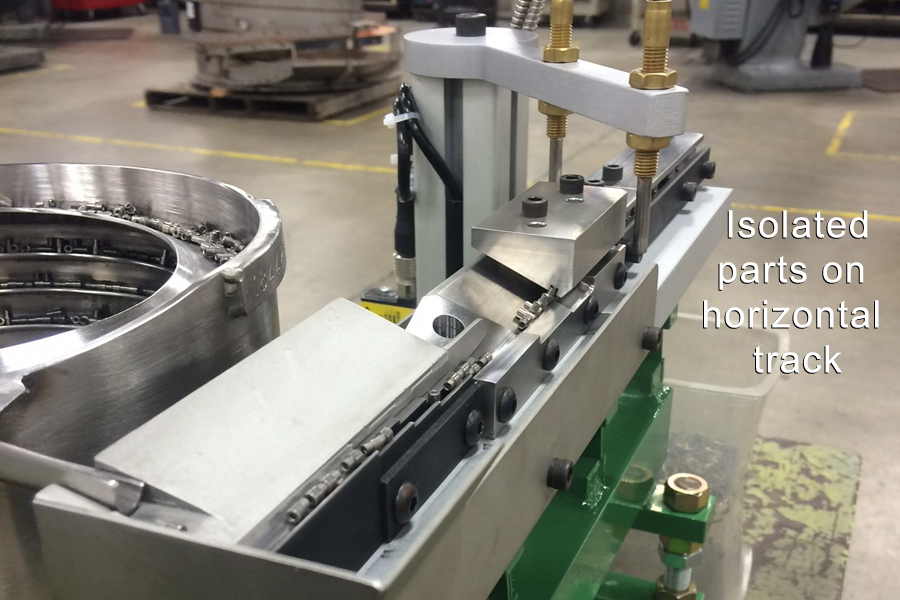 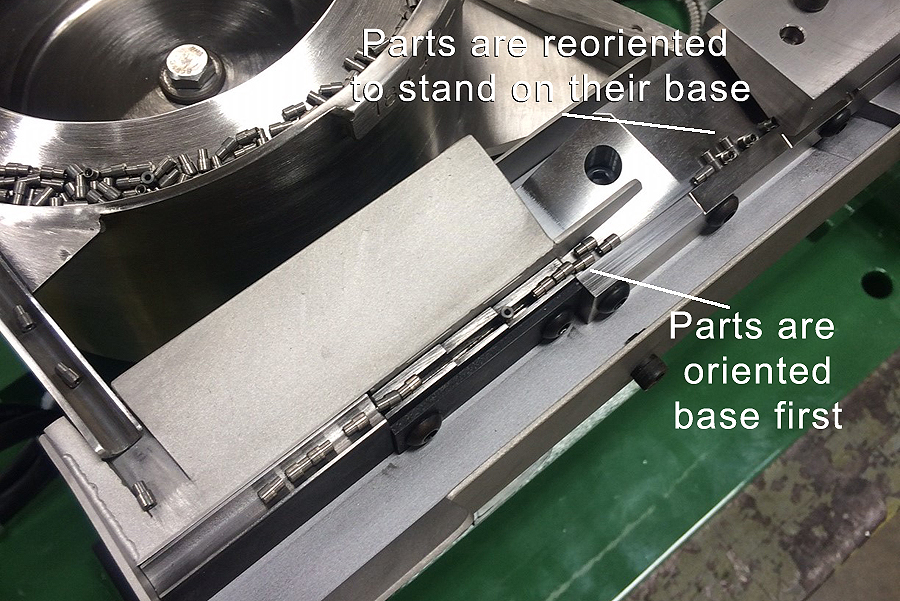 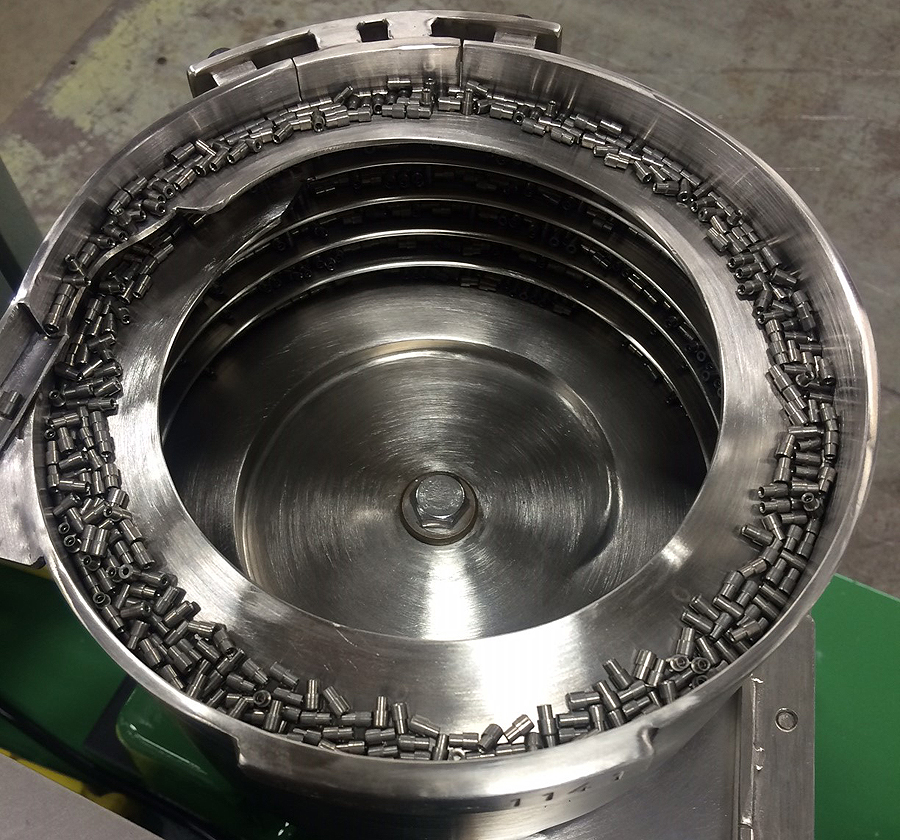