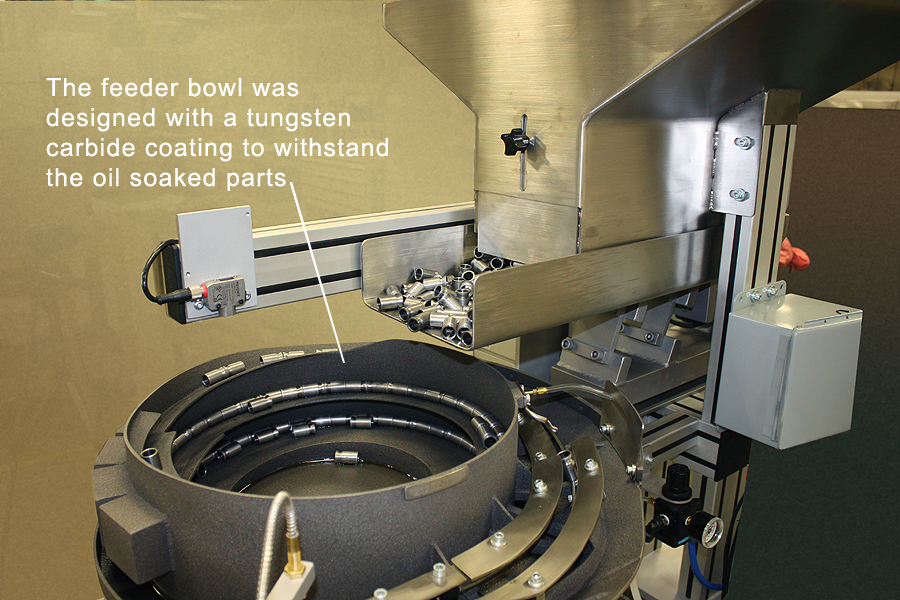 Problem: The customer needed to have a flux sleeve steel part oriented and isolated for robotic arm pick up. The problem: the parts were required to be drenched in oil prior to pick up. Oily parts are not only messy, they have a tendency to stick together or slide down to the bottom of the bowl instead of climbing out. The customer needed a solution that kept the oil within the system, but also kept the parts from sticking to each other as well as isolated each part for robotic pick up.

Solution: This feeder system was complex. Not all parts can be successfully fed through just any feeder bowl, as this project proved. The combination of steel parts and oil called for a surface material that could withstand the falling parts and any corrosive chemicals. Fortville Feeders’ engineers designed a feeder system that used a tungsten carbide coating on the feeder bowl. This provided a surface that would not be damaged by any pooling oil in the feeder bowl. The bowl was also designed with attention paid to the pitch of the turns. The Fortville engineering staff studied the shape, size, and weight of the flux sleeves to determine the correct angle needed to move the parts without them sticking together and clogging up the feeding process.

After the parts were moved down line, they were isolated and moved into position for a dual-tooled robotic arm to pick the parts from a common centerline location. Fortville designed a dual-pocket cross shuttle mechanism that put the parts precisely where the robot could select each of them at the same time. This included three laser sensors. One checked the part entering the cross shuttle, the other two sensors read when the parts were in place for the robot, and when each part was removed. The process then repeated and the cross shuttle mechanism moved back to the end of the line to pick up two more parts. 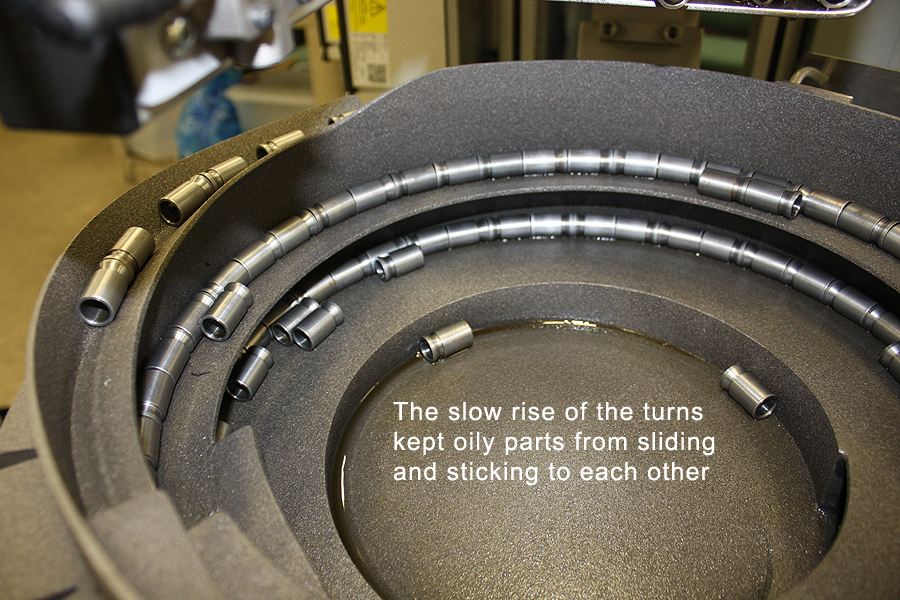 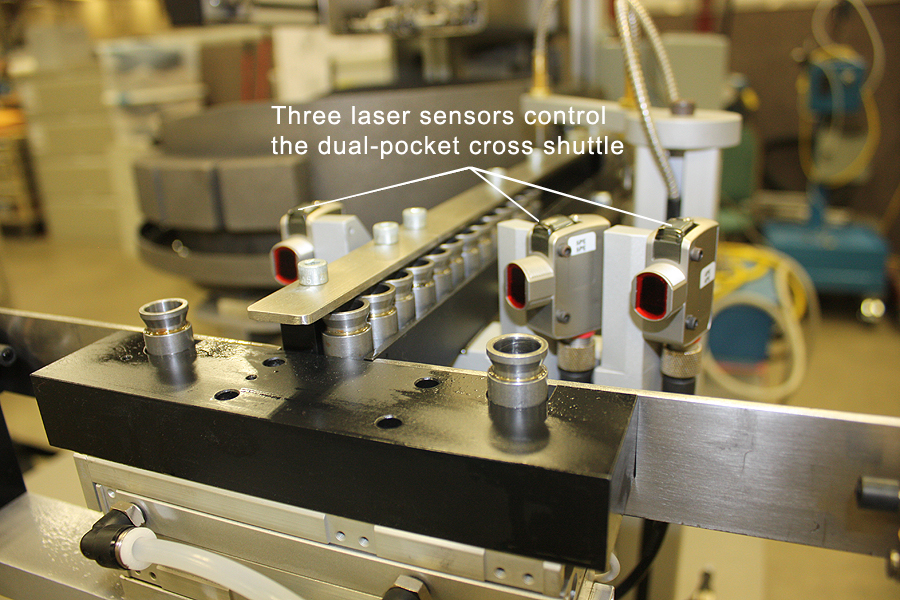 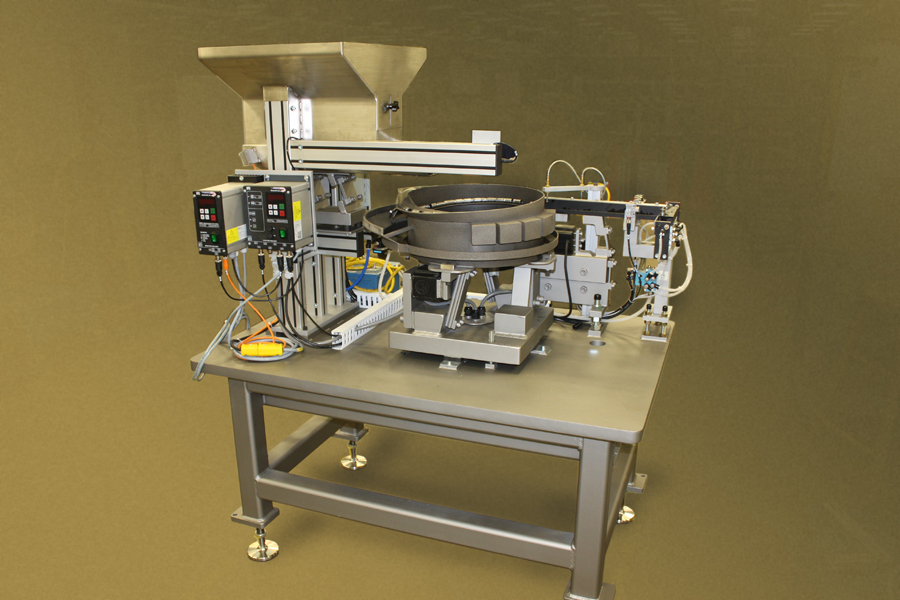