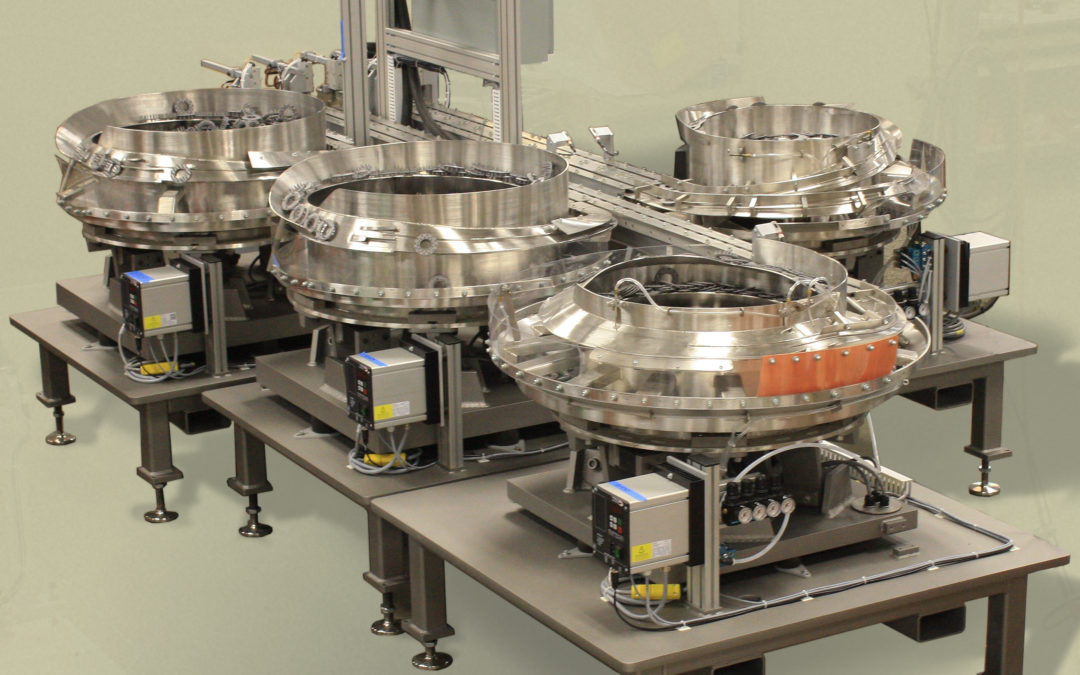 Problem: The manufacturer of water treatment control valves was looking for a way to automate their parts feeding and loading system that would continuously feed five conveyors that supplied their assembly station. The loading had previously been done by hand. The problem was, five parts required feeder bowls for each part, but space limitations only allowed for four bowls. They needed an engineered solution that fit into the space they had available and kept these parts moving accurately at a high speed.

Solution: Fortville Feeders designed a four bowl, five line feeding system that was driven by air. One bowl was designed to load two parts, sort them, and feed them onto the appropriate air track. This solved the space issue that a fifth bowl would have created.

Another issue was the geometry of some of the parts were prone to tangle and snag. There were two aspects to these complicated parts. First, the bowls were vibratory and were built with critical tooling that removed misaligned parts. The tooling held each part in a precise orientation to keep them from overlapping or tangling. The parts were separate and fed down five inline tracks that used compressed air to quickly move to the end of the line. The use of air allowed the parts to float down the line and eliminated any dragging by the parts. Key to using air to move parts is the angle of the pressurized air and the geometry of the part. Fortville Feeders has its own CNC wire EDM to produce its own air tracks. This allowed them to shape and angle each hole specific to the geometry of the part, and in a case where the original track concept needs to change, a new track can be made in short order. In this case, Fortville used the Wire EDM to burn 1,510 holes at a diameter of .030 inches each.

The system was controlled by a touch-screen monitor that allowed the operator to adjust how often a part was released to the customer’s conveyor belt. This made the system easily adaptable to changes in production speed of the customer’s line.

The general consensus is that compressed air is expensive, so Fortville controls this by optimizing the size, quantity, placement and angle of the air holes in their air tracks to accommodate each part’s geometry, weight and feed rate. Fortville calculated the air requirement and effective cost at the start of the project. The customer was surprised to see that this system’s required 264 cubic feet per minute (CFM) of air would only cost $0.10 per hour! This turned out to be a huge cost savings and allowed the customer to reallocate the assemblers to a more appealing area to work.

In the end, the customer was able to automate their bulk loading and feeding of parts to their assembly machinery in a way that fit into their available space. 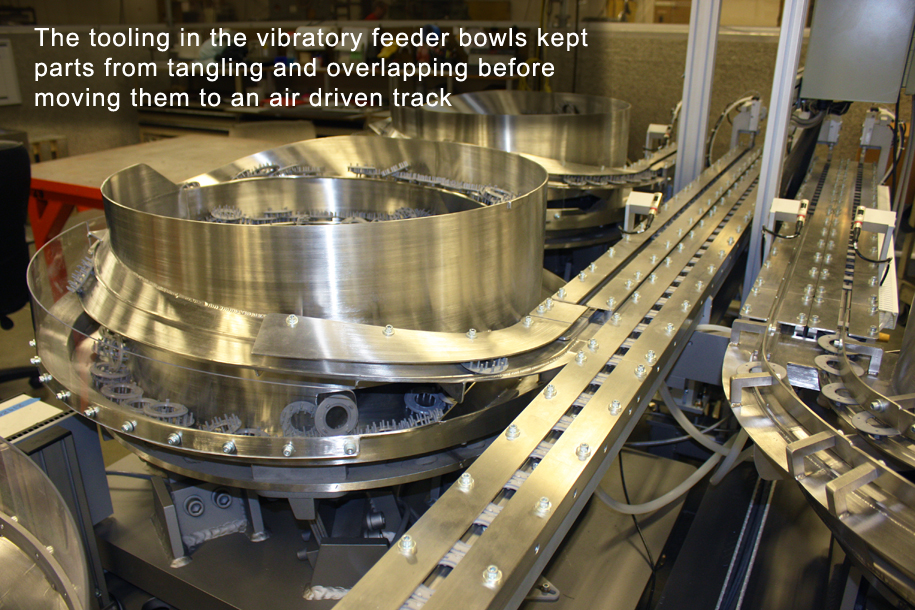 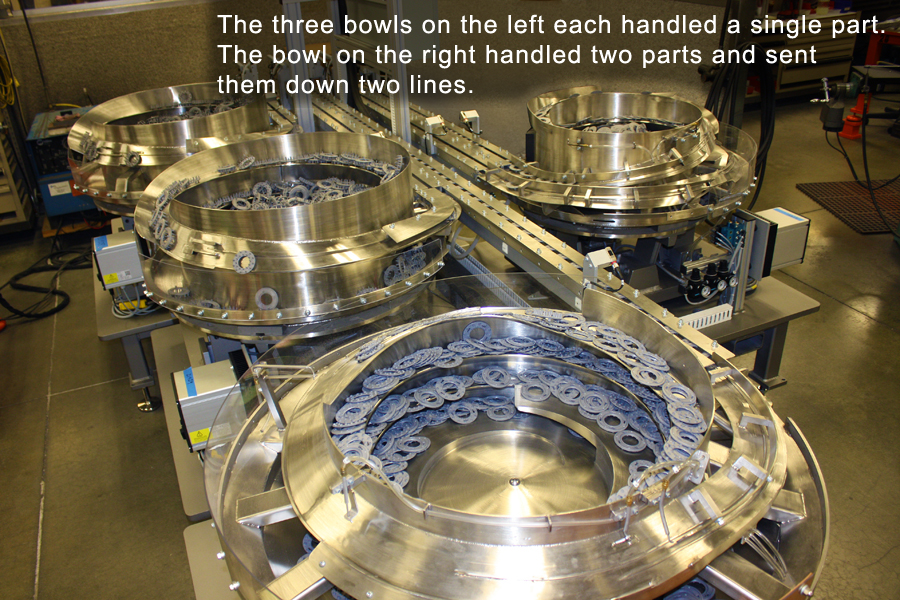 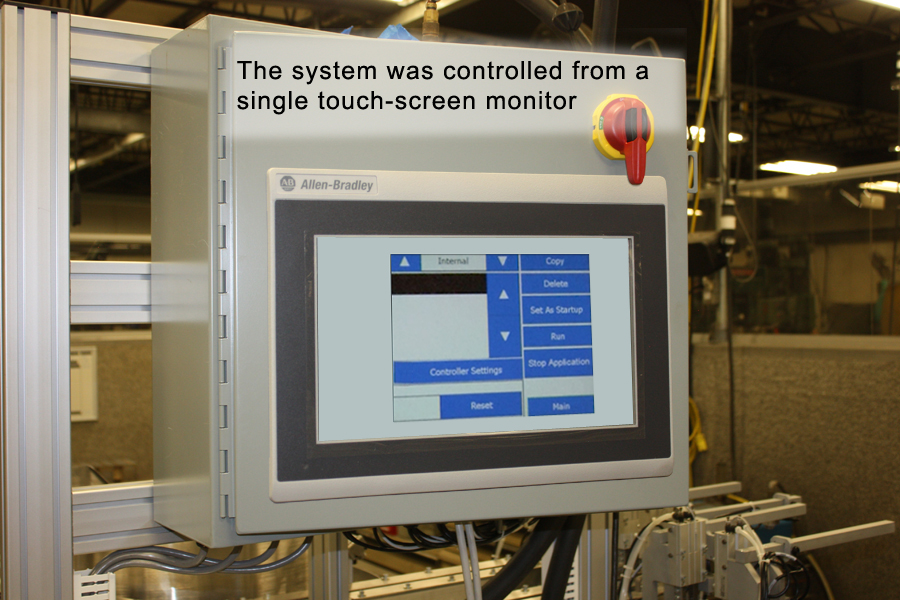 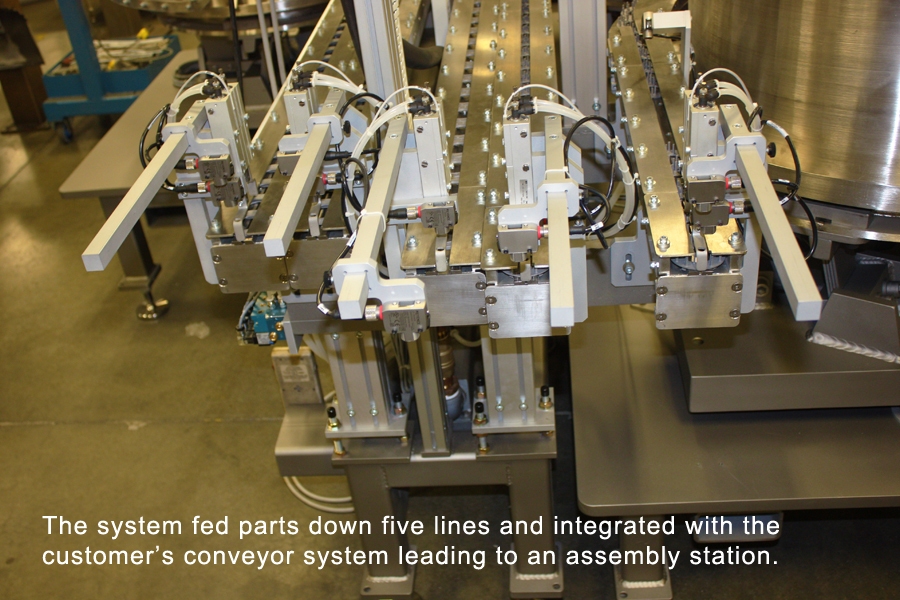