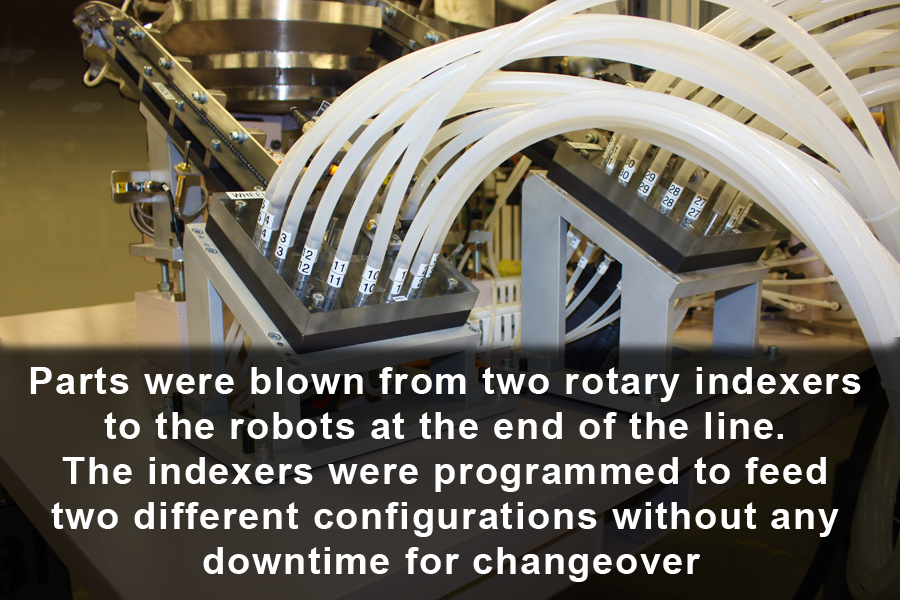 Problem: An integrator was building a robot assembly for an automotive manufacturer. The robots fastened rivets at a rate of 180 ppm. There were two configurations for the rivets to fit into metal plates. One configuration required 15 rivets per cycle and the other required 18 rivets per cycle. The customer was searching for a feeder system that could accurately deliver parts to the robots, keep pace with the high feed rate and keep changeover times to a minimum.

Solution: Fortville Feeders designed a feeder system that would accommodate both configurations without any physical changeover. They developed a dual track system that fed two rotary indexers. The indexers were attached to 33 blow-feed lines. The parts were propelled to two separate halo units that were mounted to the robots. The indexers were programmed to feed 18 rivets when the indexers were rotating clockwise and 15 rivets when they were rotating counter-clockwise. The changeover was a simple switch on the control panel and required no work stoppage on the part of the feeder system. Fortville designed the system so it could be programmed to feed any number of rivets at once, up to 33 if needed. This technology gave the integrator the flexibility to change the halo units to a different configuration without requiring a new feeder system.

At the speed these parts were being fed, one misfeed would cause major problems for this assembly unit. Fortville built two assurances into the system. First, two high-level infrared part-presence sensors were used at the end of each track to ensure every part was in the correct position before loading the nesting location on the indexers. Second, a ring proximity sensor was affixed at the far end of each of the blow-feed tracks. The sensor signaled both the programmable logic controller (PLC) on the robotic unit and the rotary indexers when a part had cleared the end of the track. This allowed the PLC to confirm they had all the rivets loaded before the robots proceeded to the next step. It also kept the delivery lines free of jammed parts, since the rotary indexers would not release another part to be blown down the line until the previous part had cleared the track.

Fortville was able to engineer a feeder system that exceeded the customer’s specifications. It gave them flexibility for future design changes and used technology that eliminated changeover downtime. 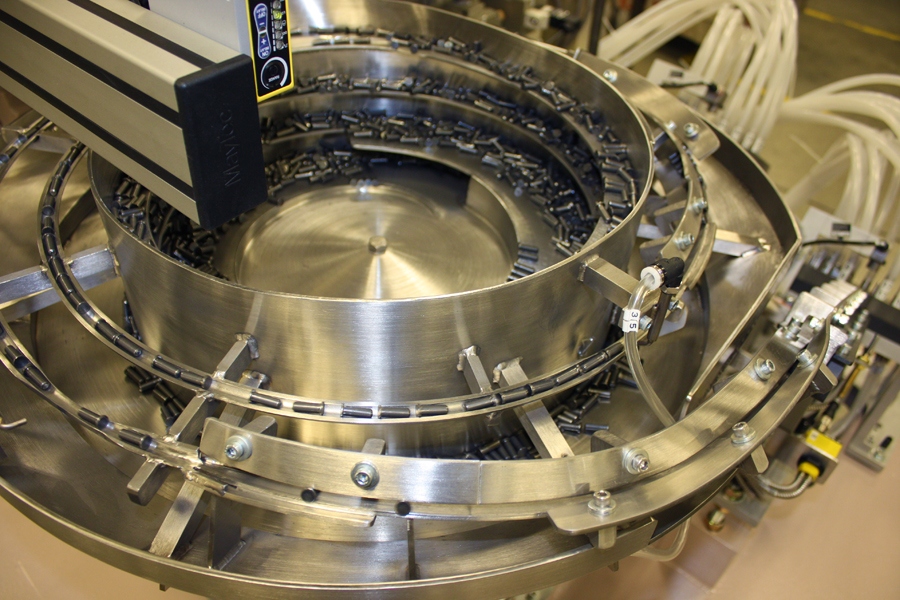 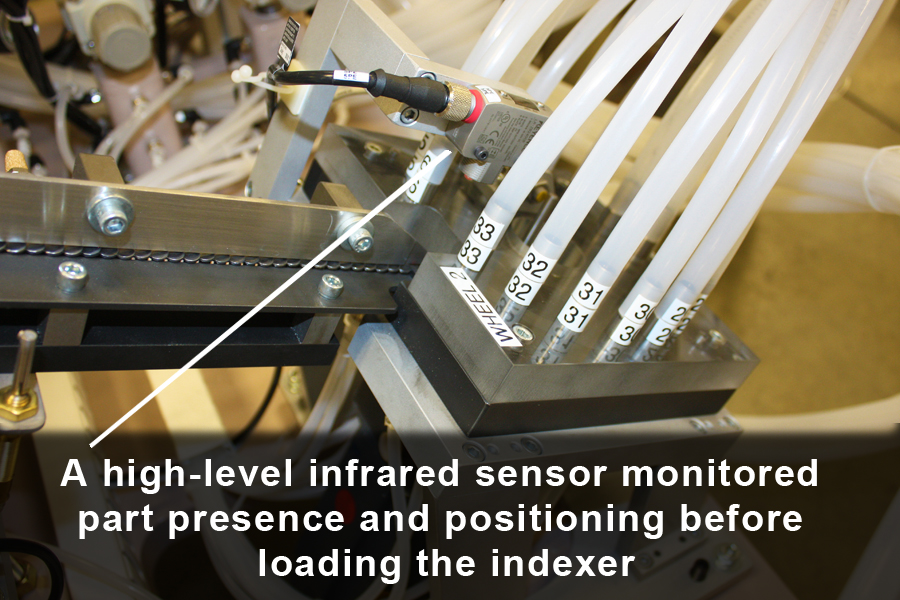 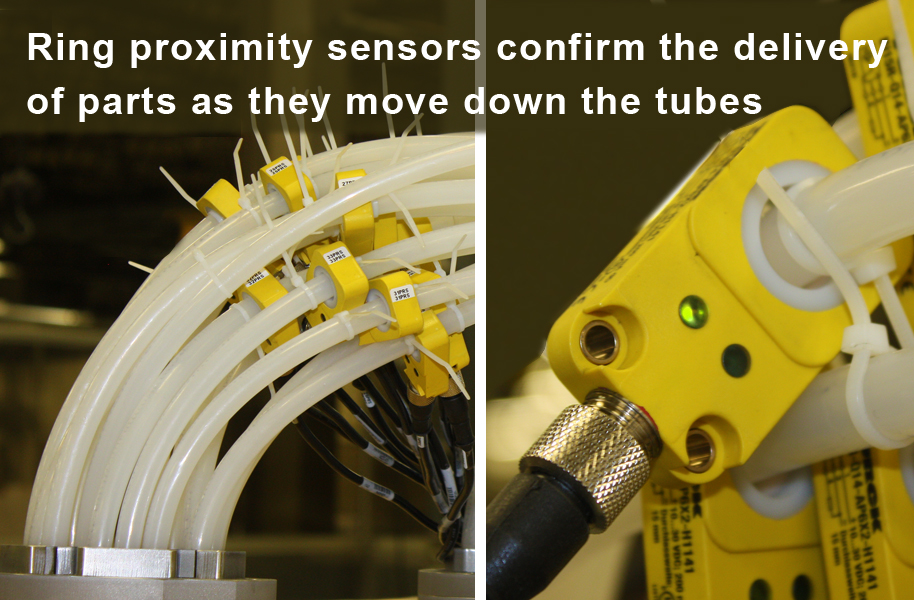