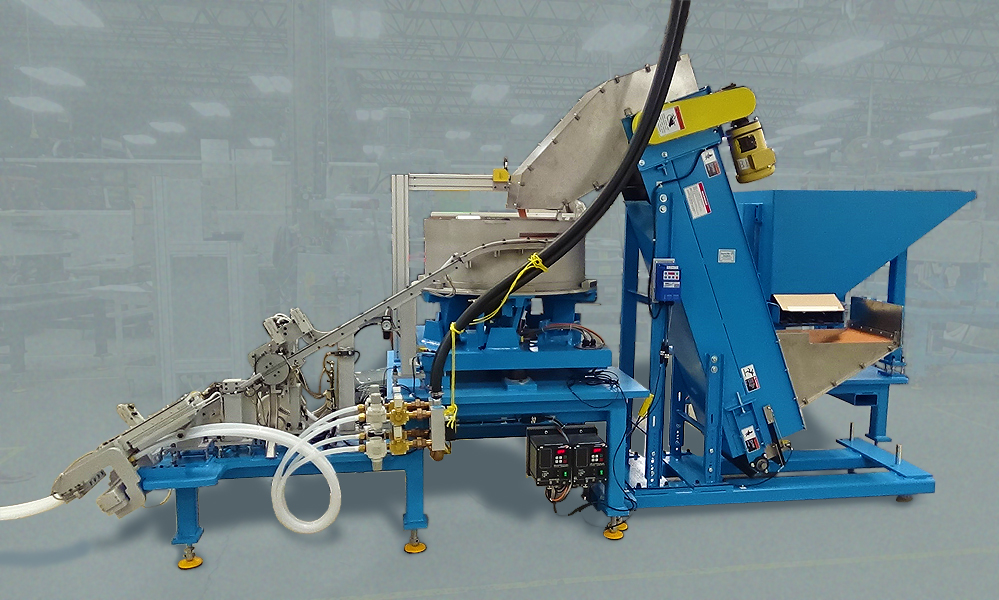 Problem: The customer was an integrator working for a manufacturer of heavy truck axles. They needed a parts feeder system for their assembly automation that would be able to handle three different axle studs. Each was of a different length. Each of the studs had a different thread on the opposite ends of the part. One end had a fine thread and one had a coarse thread. The customer required that the feeder system orient the studs with the fine thread leading, eliminate non-compliant lengths and feed four parts at a time to the assembly station.

Solution: Fortville Feeders specializes in complicated selection and orientation of bulk parts. Much of that is understanding the unique needs of the customer and coupling that with technology in solving parts feeding challenges. In this case, Fortville’s engineers designed a rotary actuator with electronic intelligence to both check for noncompliant parts and orient the bolts correctly. Since there were three different sizes of studs, the system was built with a length check infrared sensor. Noncompliant parts were rotated and dropped down an escape chute. This eliminated any human error that may have occurred in loading the parts. The actuator was also built with a thread vision sensor that recognized both the fine and coarse threads at the ends of the bolts. Properly oriented parts were allowed to pass through the checkpoint. Instead of dropping misoriented parts off the line, Fortville engineers designed the rotary actuator with an end-for-end, 180º turn and sent them down the line. This electronic intelligence made this system much more efficient by correcting the orientation and keeping the parts moving down the line instead of dropping them offline and recycling them through the hopper.

As the studs moved to the end of the line, four studs were loaded into a linear actuator. Parts were moved via a cross shuttle into a blow block. The actuator recognized when four parts were loaded, sealed the block to make it airtight and blew them to an assembly station.

Fortville was able to deliver a feeder system that ensured the correct parts were fed and delivered to the assembly station in the proper orientation every time. 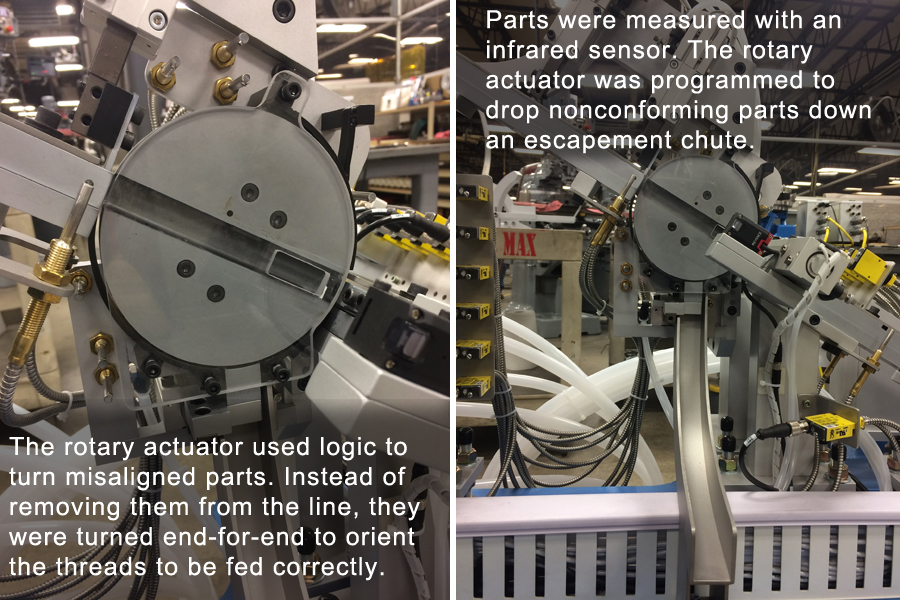 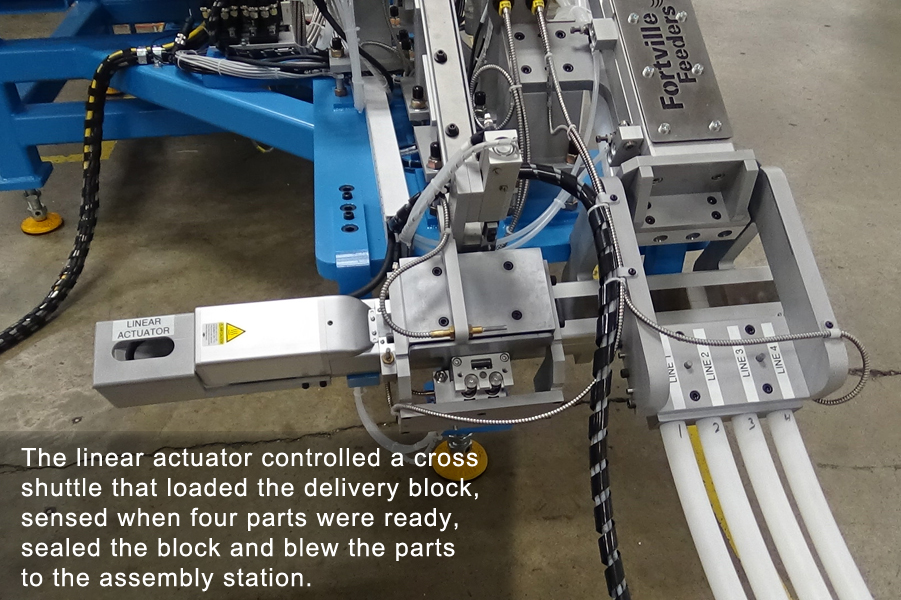