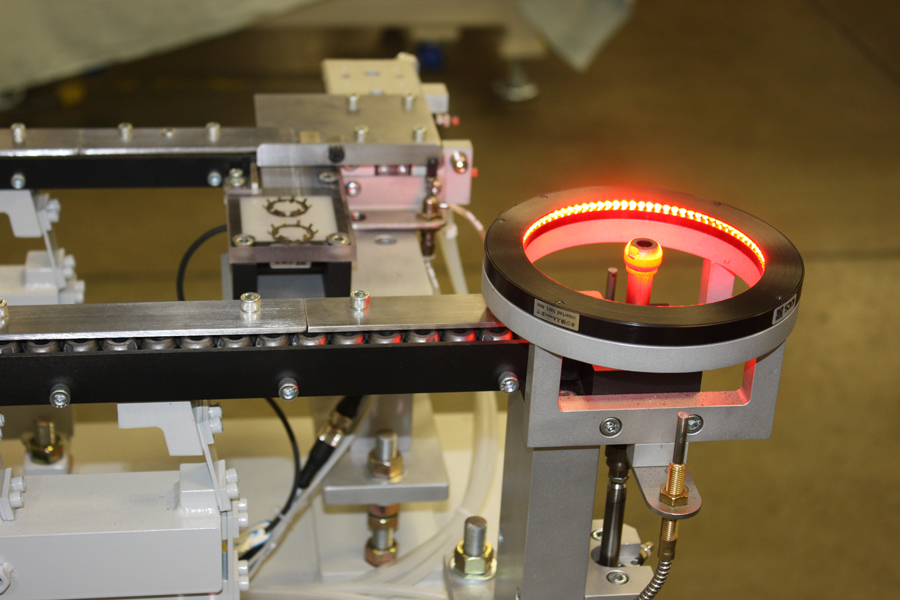 Problem: A manufacturer of home appliances wanted to automate the assembly of its kitchen mixers. Previously all hand assembled, they had contacted a robotics builder to help them automate the process. Two particular parts were a challenge. A star washer with angled, external tabs and internal keying tabs was pre-assembled onto a bushing with a matching keyed slot before being assembled into the larger mechanism. Neither component had features suitable to pre-orient them as they were fed, so the robot would need to be told the orientation so it could align and assemble. The star washer was particularly difficult to feed due to the long, angled external tabs being prone to tangling.

Solution: The robotics engineers designed a cybernetic arm that picked up and oriented the two parts to fit together. They used an infrared ring to help the robot locate the notch on the bushings, then twist to secure the bushing in the proper position. They needed a feeder system where the infrared sensor could be integrated. Fortville Feeders’ engineers worked with the robotics team and designed a mechanism that isolated and lifted each bushing into the center of the infrared sensor. The mechanism held the bushing until the robot picked it up. As each part was removed, the sensor communicated with the lifting mechanism and the shaft was lowered to pick up the next part. The whole system was synchronized to coordinate the timing of the lifting mechanism and the robotic arm.

The star washer also needed to be integrated into the feeder system. The same arm picked up the star washer. However, instead of using an infrared sensor, this automation utilized a backlit vision sensor to help the robot locate the internal tab on the part. Fortville designed a cross shuttle that alleviated the tendency of the star tabs from locking into each other and pushed each part onto an inspection pad. Each part was then illuminated from below so the robot could find and align its pickup arm. Once it grabbed the second part, the robot fit the two parts together and fed them down the line.

The entire system utilized two vibratory feeder bowls with horizontal in-line tracks. The bowls were protected by a Lexan enclosure.

The collaboration of the robotics group and Fortville’s engineers provided a firm solution that gave the end user a new automated system that greatly increased their efficiency. 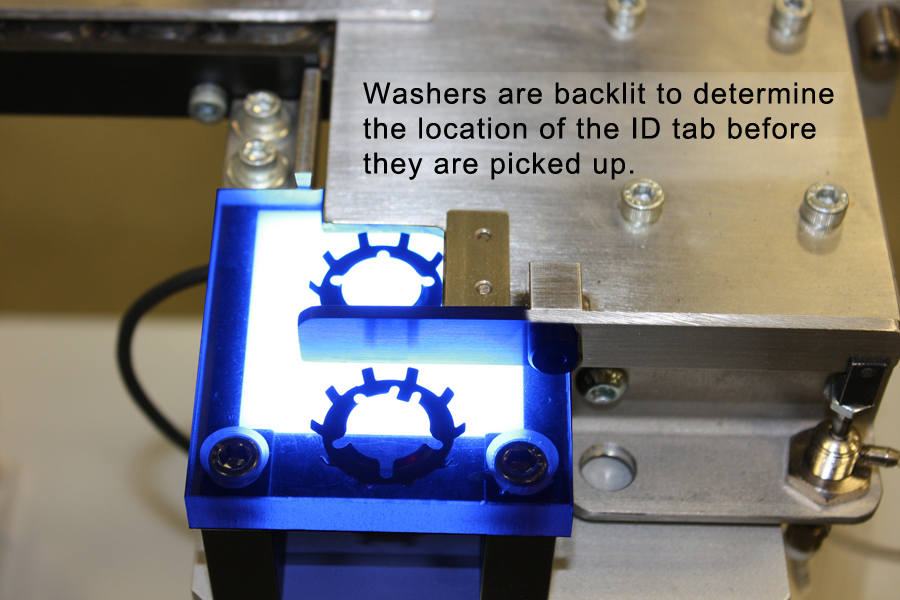 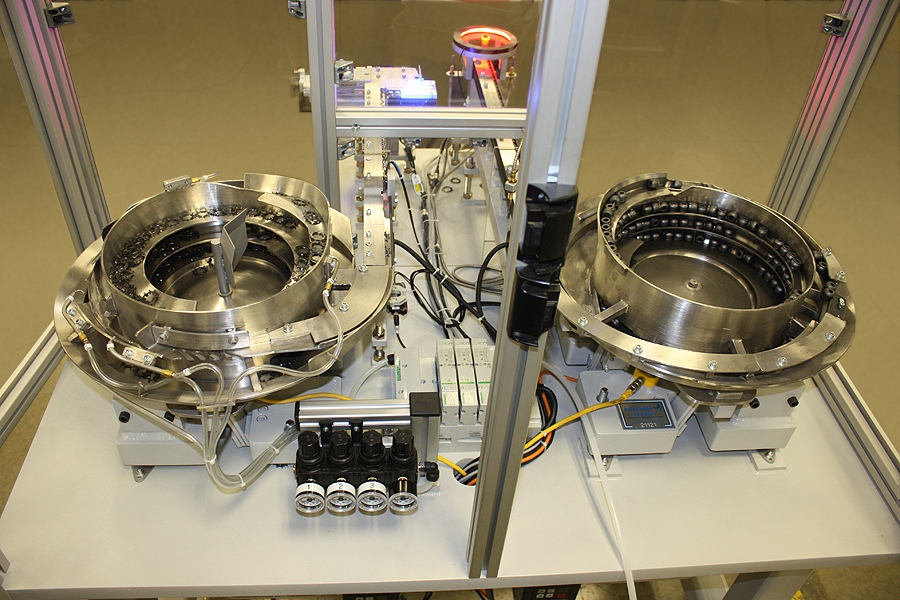