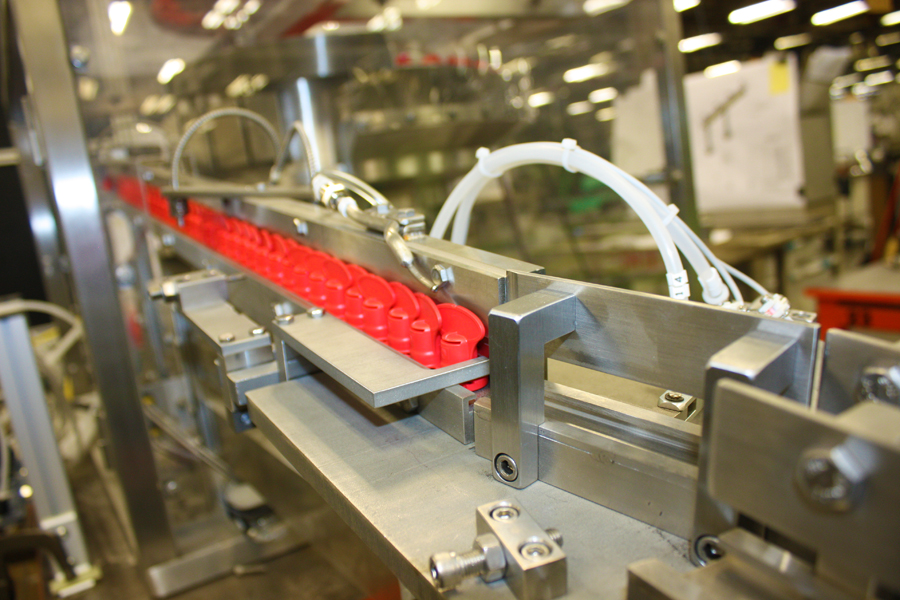 Solution: There were a couple of difficulties in retrofitting this machine. First, it was positioned 10 feet above the capping operation. The original design used a single down angle gravity track. The new design not only added a second feed line, but the new discharge position was 90 degrees from the original.

Many times, a change in a track like this is accomplished by bending the metal to make it fit the situation. However, Fortville engineers feeder systems to be replicated, which means that each part is designed using 3D modeling and the blueprints are archived for future reproduction. In this case, the design required more than just adjusting the angle of the track. Parts were required to be fed simultaneously down both tracks. Parts had to be stopped, stored and buffered in the track. A diverter mechanism was built into the track. This allowed the two new lines to be fed simultaneously from the original single track. This also required a redesign of the support structure for the track. It was held by a new cantilever beam protruding from the bowl’s plate. This stabilized the new section of track.

This was all integrated with the new bottling specifications. The customer received a retrofit cap feeder that supplied both of their lines. 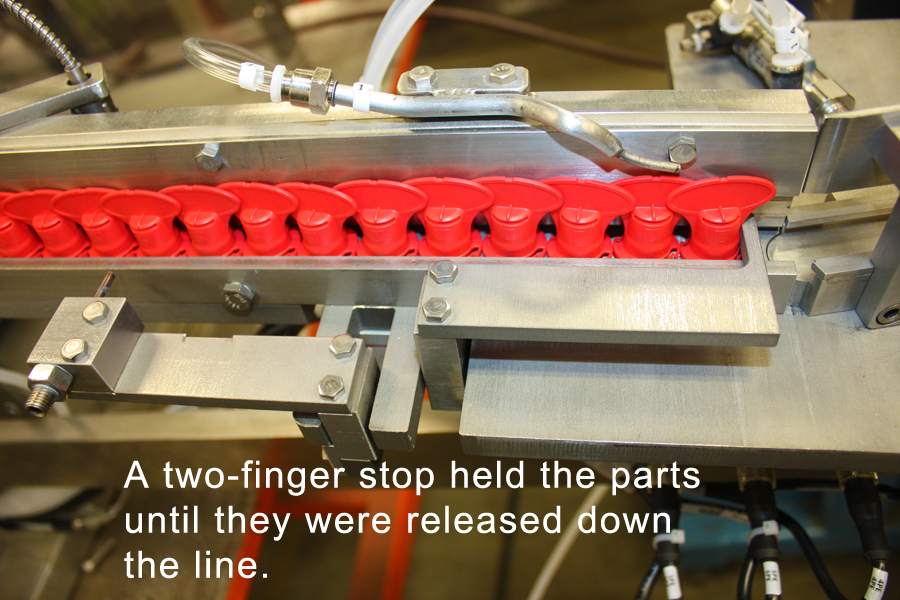 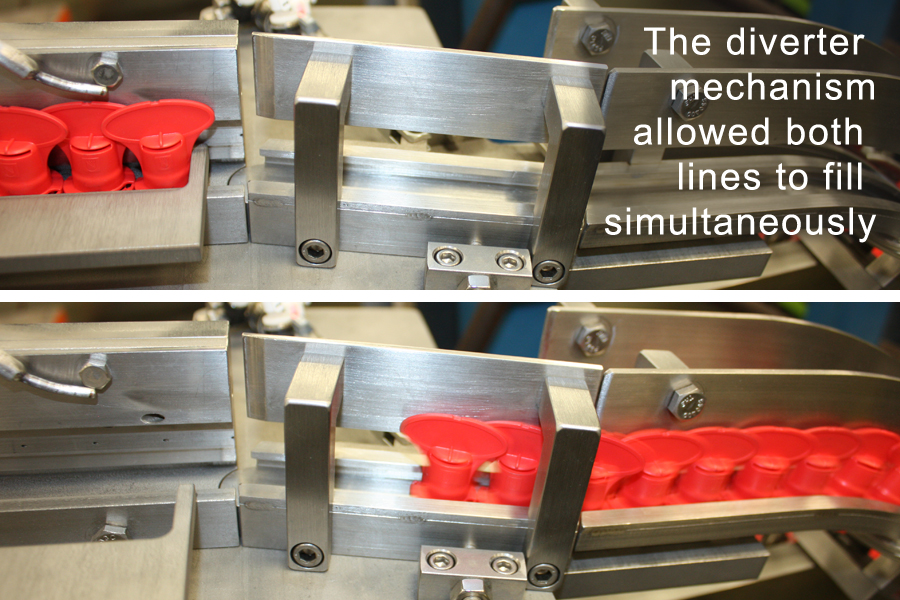 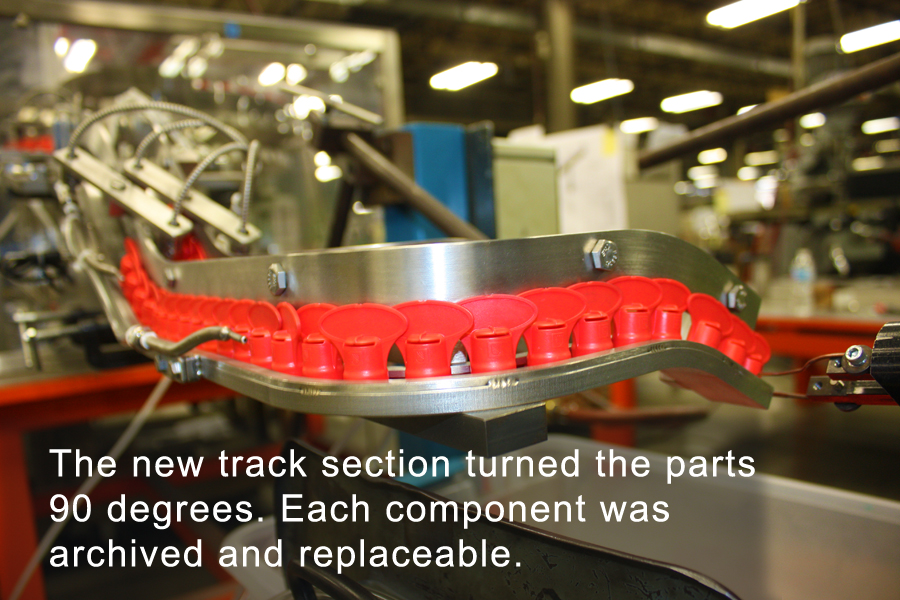