Rotary indexer nest allows 10 parts to be picked at once 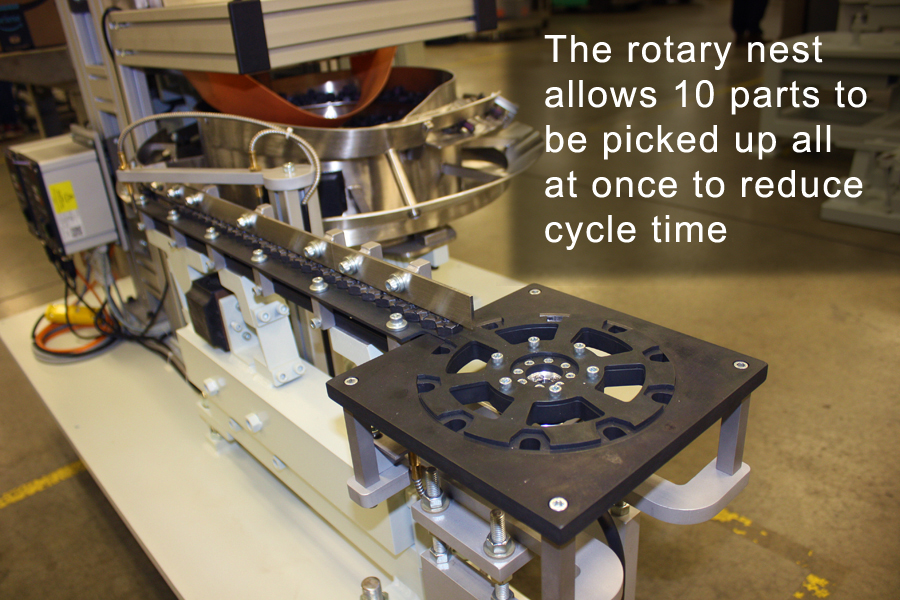 Problem: The customer was building a robotic assembly solution for an auto manufacturer. The procedure required 10 bolts to be picked up and turned in place by the robot. This had previously been performed one bolt at a time. The customer had developed a multi-pick head that would handle all 10 bolts at the same time. This was designed to greatly reduce the cycle time for each assembly and speed up production. The customer was looking for a feeding system that could be integrated with this new technology.

Solution: Fortville Feeders engineered a vibratory feeder system that used a rotary indexer nest to seclude each of the 10 parts. The indexer had fixed nests to receive each part and then rotate to the next position. When all 10 parts were present, the feeder system signaled the robot to pick up the parts. The pace of the feeder was synced to the multi-pick head. However, the requisite to making this work was the precise positioning of all 10 bolts with the shoulders in the correct orientation. The tolerances for each were very tight. Each bolt had to be isolated and keyed precisely as it would be placed in the assembly. Fortville Feeders was able to engineer a solution that worked for the new system. Take a look at the video to see the feeder system in action. 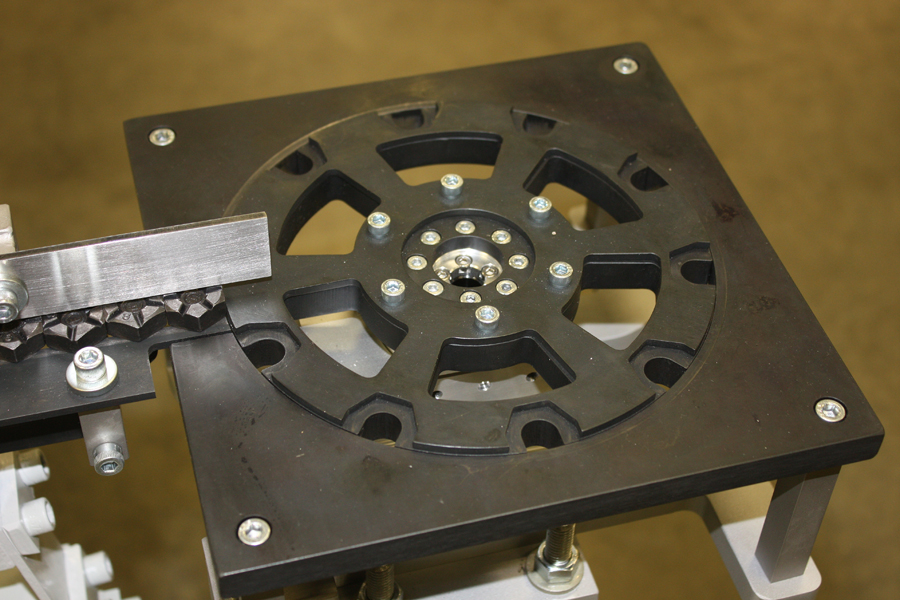 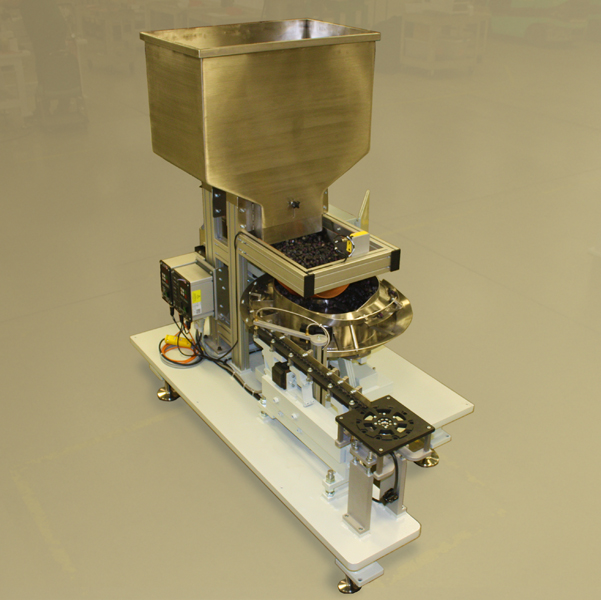