Small pins with few distinguishing features are fed without misfeeds 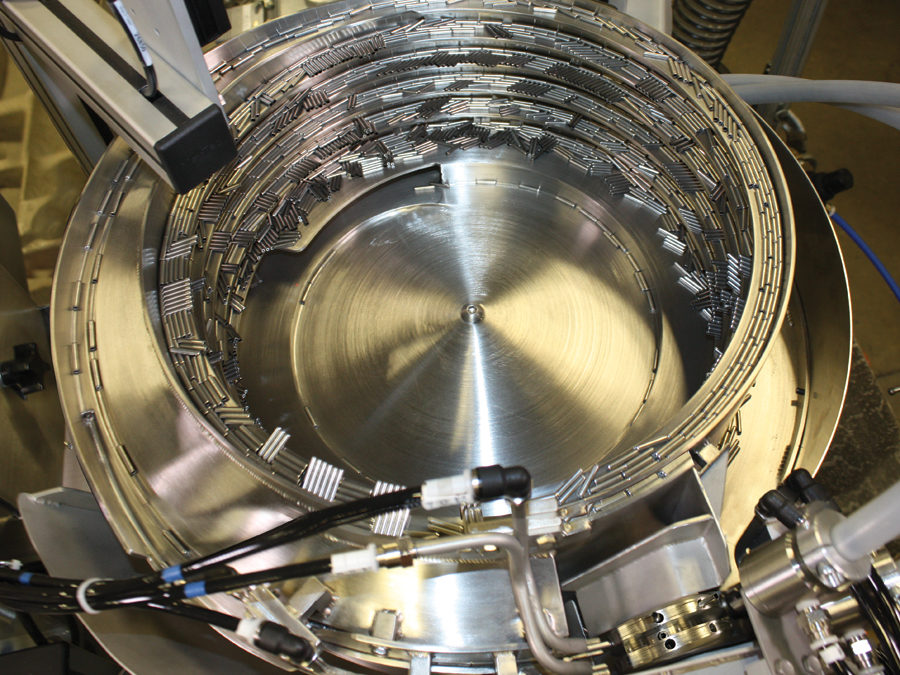 Problem: The manufacturer of critical control products was looking for a way to feed bulk pins to an assembly robot. The pins were small and, other than large and small openings at opposite ends, had no other distinguishing features. It was critical that the pins be fed with the small opening leading. Misoriented parts had been a problem with other feeder systems.

Solution: The first problem Fortville’s engineers tackled was the orientation of the pin. They designed a dual-line wheel with a series of recessed shafts. Each shaft was fit with a receiving pin that allowed the part to fall into place and be held upright when the large-opening end was positioned down. If the part was misoriented with the small-opening end down, the receiving pin kept the part from falling into the shaft. As the pins were placed on the wheel, a vacuum escapement pulled misoriented parts back into the feeder bowl.

Once the parts were oriented correctly, they were moved to a second set of vacuum tubes that moved the parts to the end of the line to be handed off to a robot assembly. Fortville engineers designed a dual-part shuttle that moved two parts at a time to a precise location for the handoff. The vacuum tubes were fit with ring sensors that controlled the dual-line wheel. When the line was full of parts, the wheel was switched off. Pressurized air along the tooling of the bowl then removed excess parts and sent them back to the feeder bowl to be recirculated.

Fortville designed and built a feeder system that only allowed properly oriented parts to be shuttled to the assembly robot. This engineered solution eliminated all misfeeds and downtime to correct the problem. The customer was able to rely on the feeder system to deliver the pins precisely where they needed them each and every time. 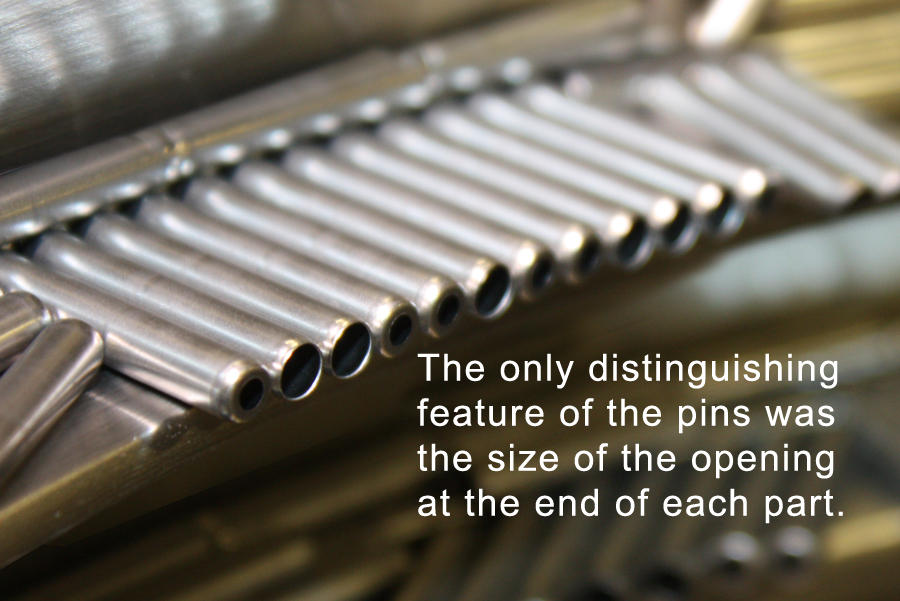 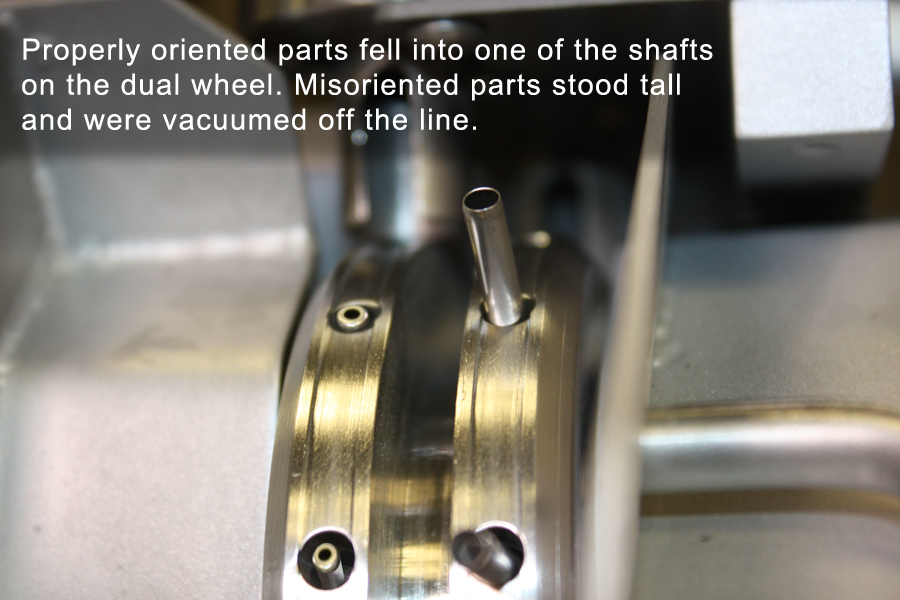 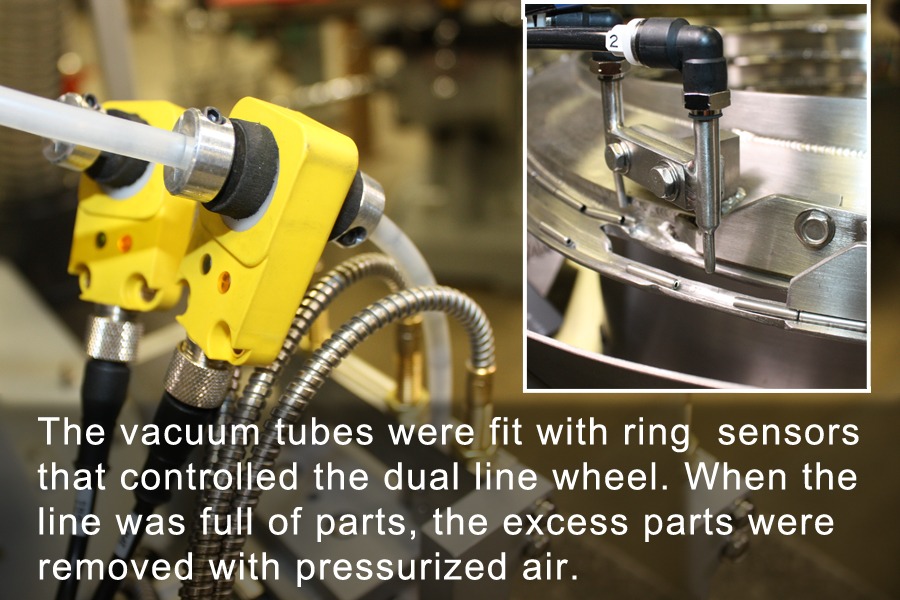 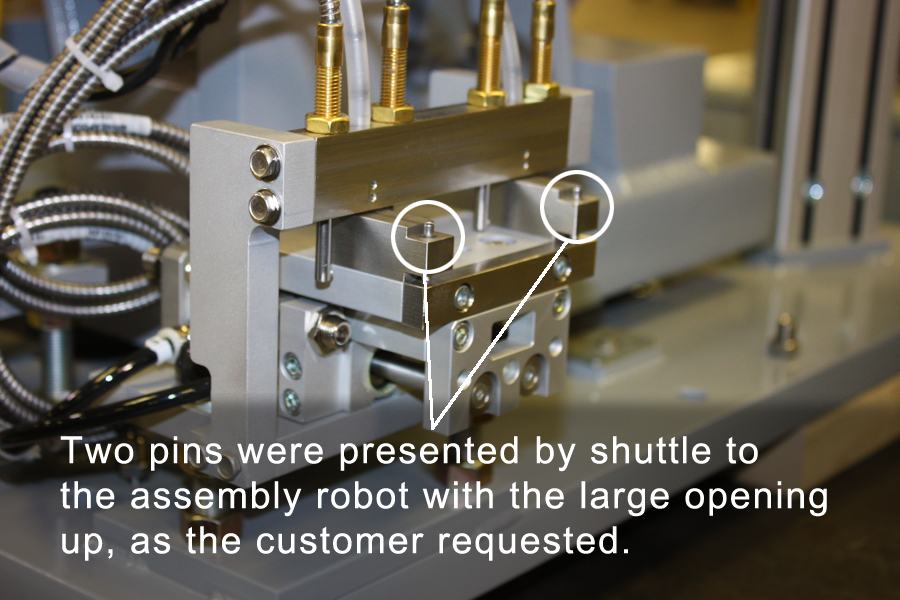