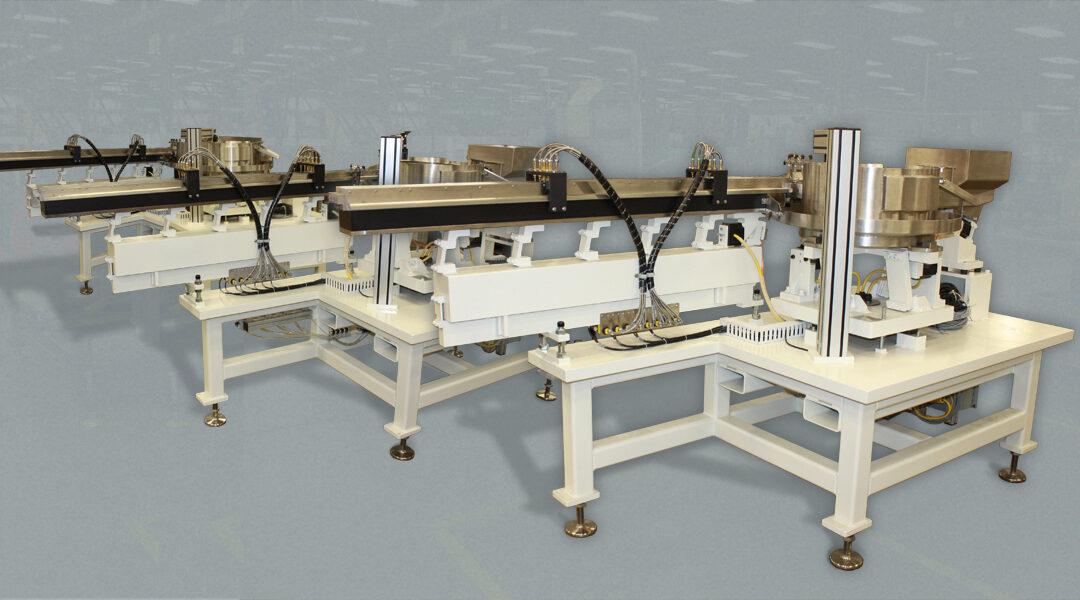 Problem: An automated machine builder that specialized in medical syringe assembly and packaging was in need of three identical feeder machines to handle needle holders. The parts were lightweight, very small (1 mm and 3mm widths) and needed to be fed at a rate of 54 parts per minute. Since the integrator was handling parts that had to be assembled and packaged in a sterile environment, the three feeders had to be completely hands-free while in operation and easy to clean between set ups.

Solution: Fortville Feeders engineered a solution that met the customer’s specifications. The three machines were designed using 3D modeling and tooled using Fortville’s in-house machining capabilities. All components were identical to each other with the exception of one inline track. The customer required one machine to feed its 3mm needle holders (the other two machines handled 1 mm parts). Fortville built the system to handle this variation in the inline track. The rest of the machine was identical to the other two feeder systems.

Each inline track was built with four lines. All of the tooling to orient and position the parts happened in the track. This allowed the customer the flexibility of using the feeders for other sized parts in the future without reconfiguring the entire machine. The inline could be reworked to accommodate new parts and, since Fortville archives its blueprints, the process becomes much more effective and easier to achieve. Each line included a dirt and debris slot. The tracks were easily removable so cleaning could happen efficiently. With the simple loosening of ten bolts, the track could be removed, sterilized and put back into service quickly.

Other sterile handling design elements were built into these machines as well. Fortville used medical-grade stainless steel throughout the entire machine. All of the weld joints were filled, ground and polished so that the parts were never in contact with a rough weld in accordance with FDA regulations. The parts were loaded into the return pan of the machine rather than elevating and dropping them into the middle of the vibratory bowl. This kept parts from bouncing and also provided a low profile for initial loading. Lexan covers were used to enclose the valve controls so that operators did not make contact with them during the operation of the machinery. Fortville used both high and low parts sensors along the tracks to ensure parts were in place and moving properly along the tracks.

Fortville produced three identical feeder systems that met the customer’s demands for not only sterile supply, but was also adaptable for the uniqueness of this particular medical part. 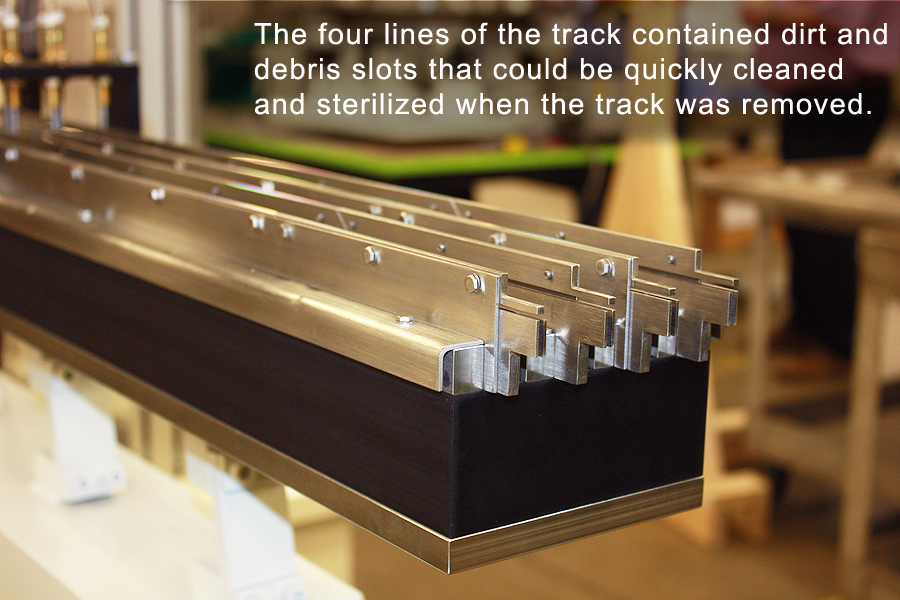 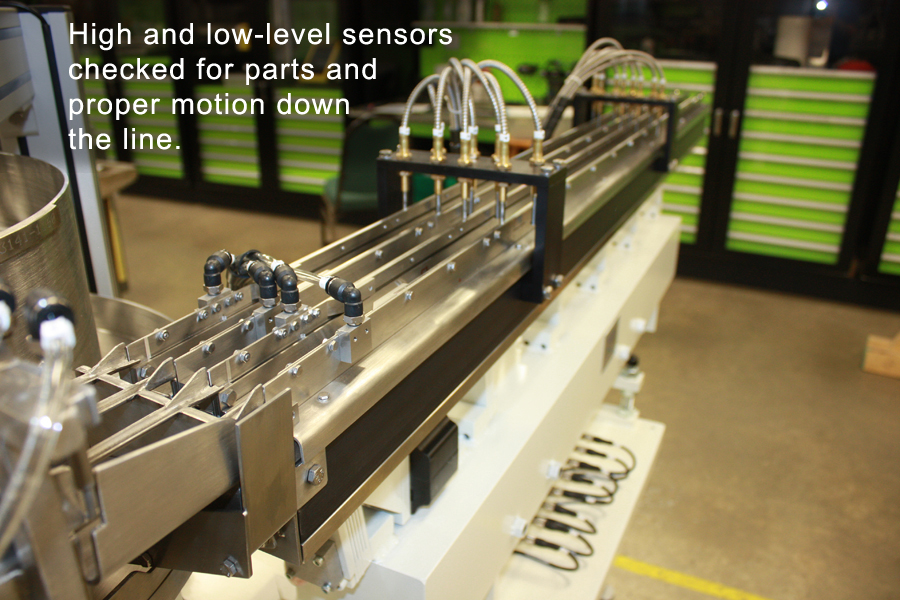 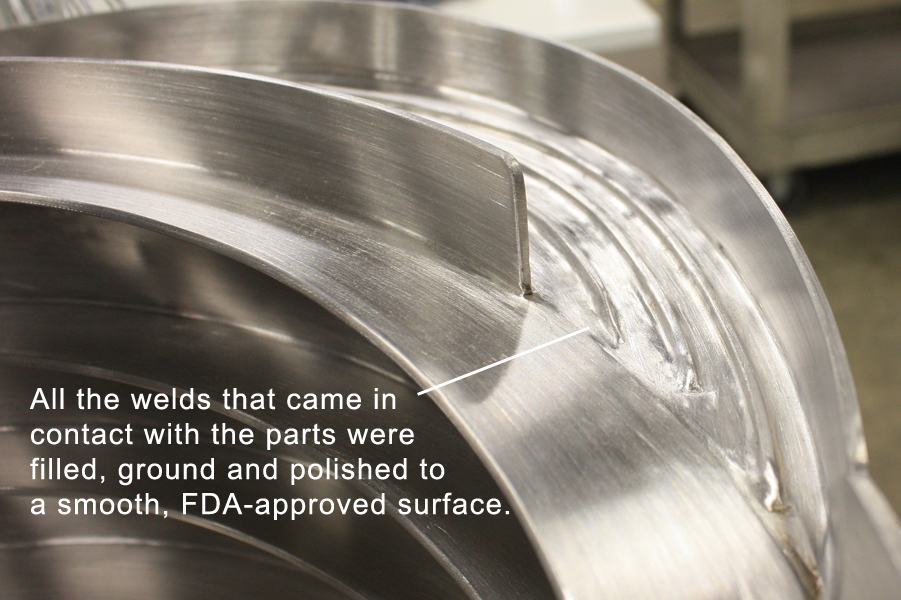 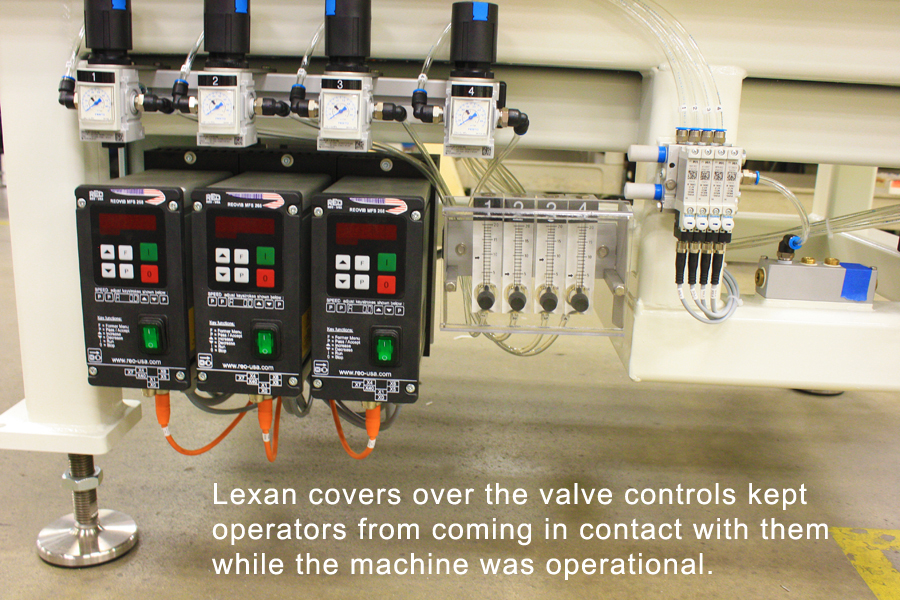 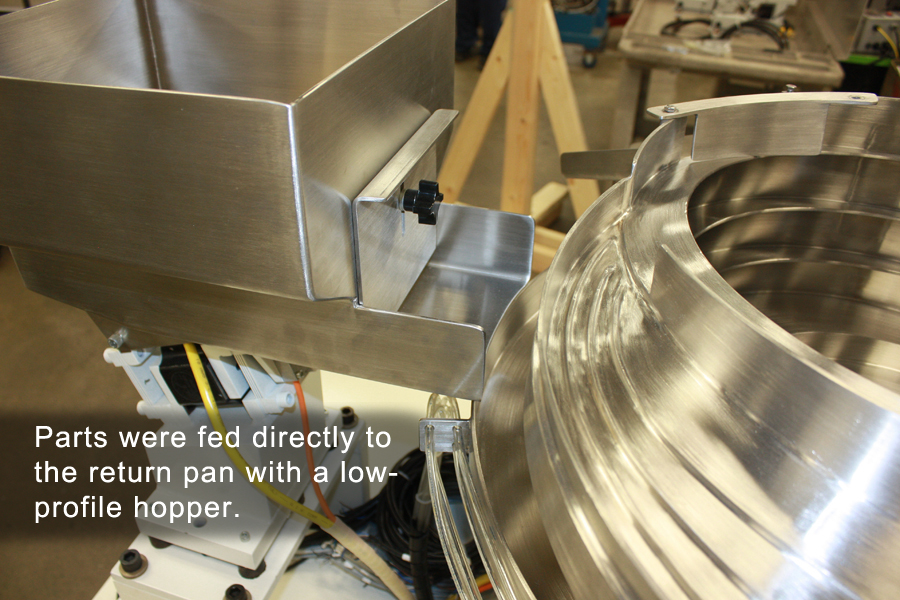