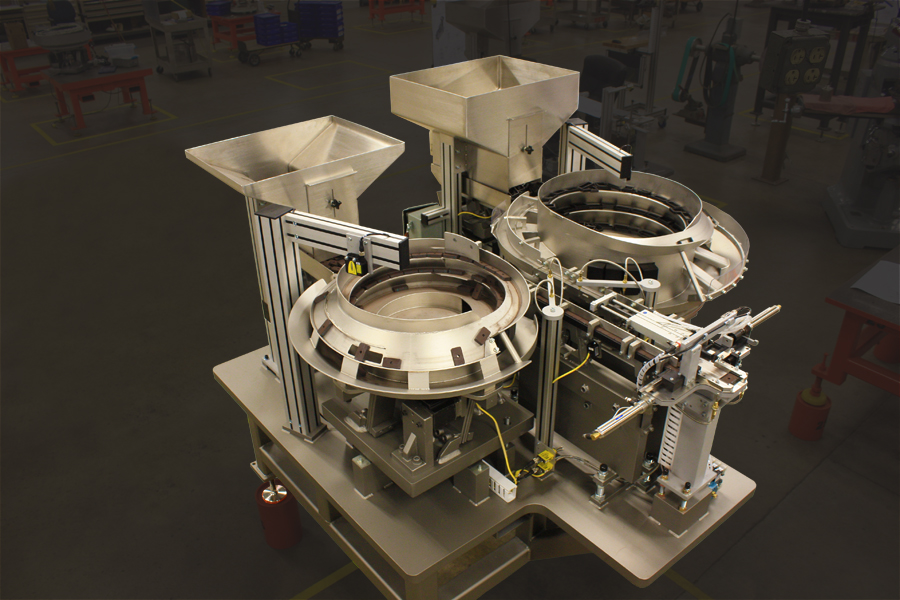 Problem: A lawnmower manufacturer needed to update a parts feeder on their assembly line. The equipment fed two components of a magneto to a robot.  The two parts needed to be assembled, with a magnet placed inside a plastic holder before the robot picked it up.

Solution: Fortville Feeder’s engineers met with the customer and suggested streamlining many of the movements of the old feeder. They designed a smaller feeder that consolidated the sorting and loading functions of the feeding system. The parts were oriented and fed down two parallel vibratory lines. At the end of the line the magnet holder was moved into place with a cross shuttle, then the magnet is gently dropped into the holder with a second cross shuttle. Finally, the assembled components were shuttled to the pick location for the robot to grab. A part presence sensor indicated when the part was removed and the process repeated. The system fed the assembly at ten parts per minute.

The manufacturer was able to update their old system with a more reliable and space-efficient parts feeding system. 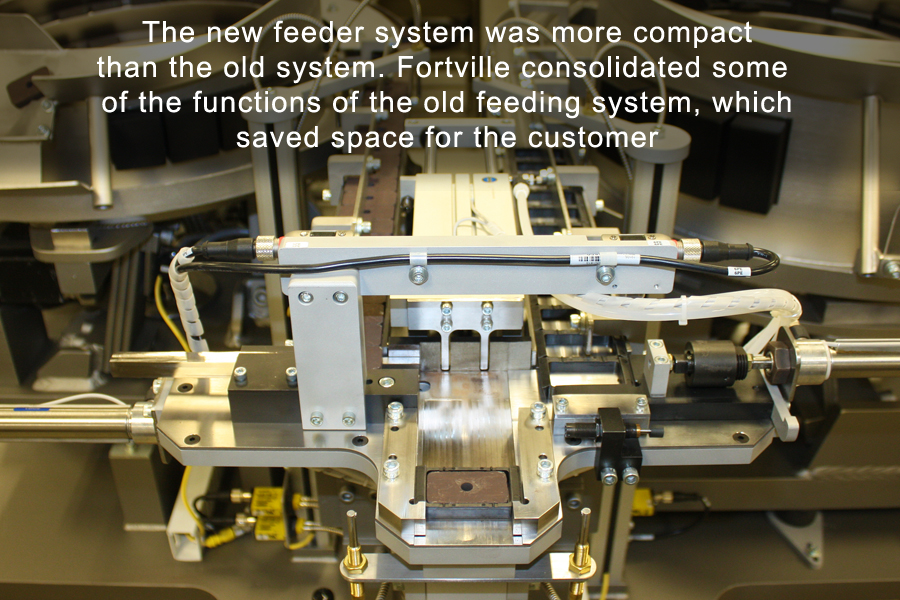 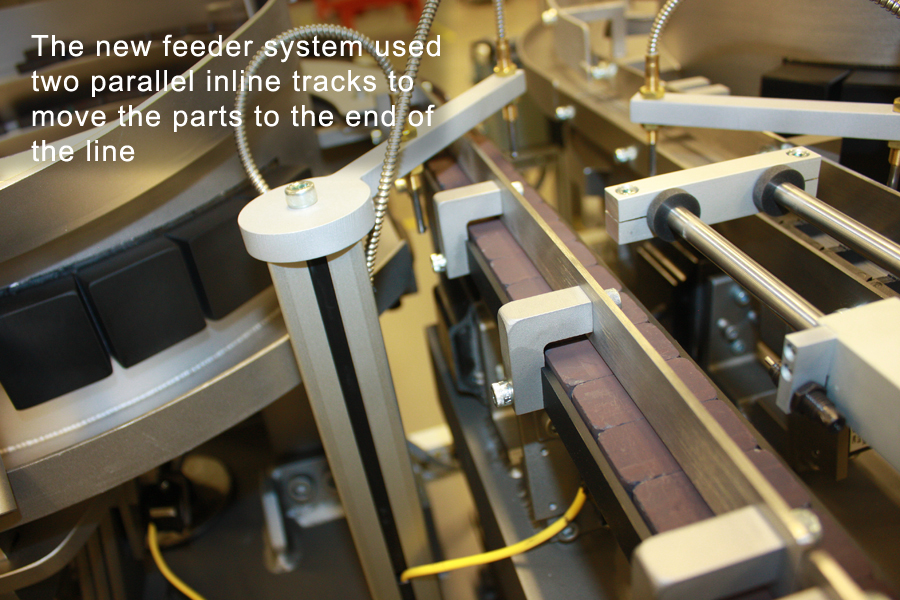 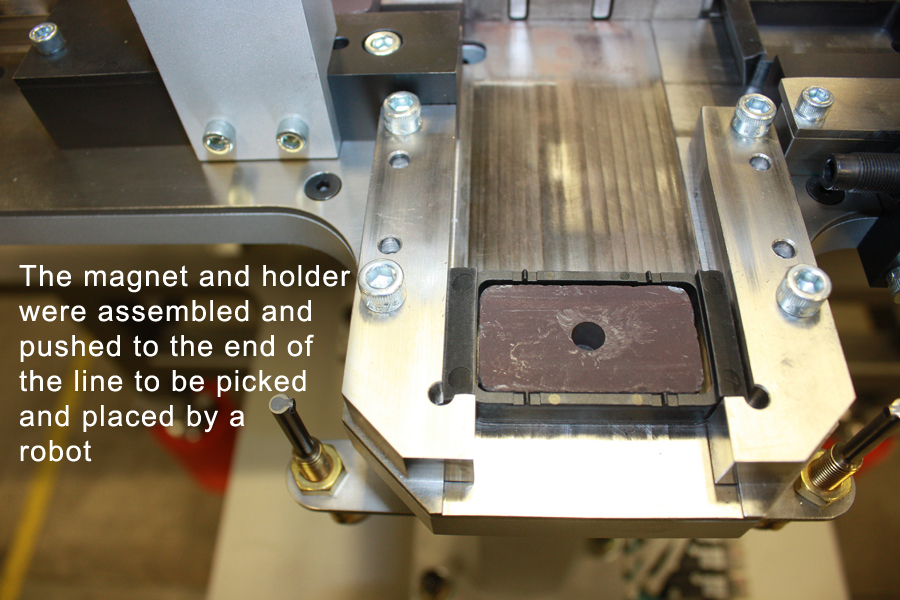