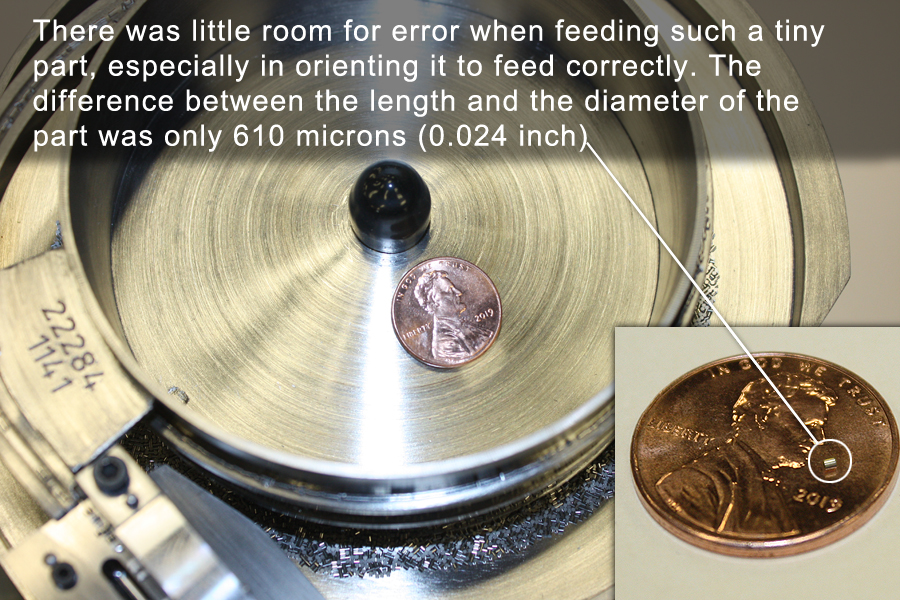 Problem: Fortville Feeders will service any feeder system, regardless of its manufacturer. On one such service call to the manufacturer of spark plugs, the customer was having trouble getting a very small iridium electrode to feed correctly. The electrodes were assembled on the tips of spark plugs. Iridium is a corrosion resistant metal that can resist very high temperatures without warping. However, the hardness of the tiny parts had a tendency to wear grooves into the bowl tooling and tracks of the feeder systems, causing misaligned parts and jammed lines.

Solution: After welding up the bowl to fill in the worn sections Fortville Feeders suggested a new feeding concept to the customer. Fortville designed a vibratory feeder that used a hardened steel track machined to accommodate the rigidity of the iridium parts to orient instead of the bowl. With such a tiny part moving down the inline system, the track could not have any warping or the parts would misalign. The real challenge was orienting a part that was so tiny and had little difference between the length and diameter of each part – only 610 microns (0.024 inch) separated the two measurements. The precision of the tooling in the system had to be exact – there was no room for error. Otherwise, the parts would misfeed or jam during tracking. The system used a high-level sensor to turn the bowl on and off as the parts moved down the tracks.

Fortville engineered a solution that fed the small parts much better than the old system. Every aspect of the new parts feeder was meticulously designed and built by Fortville’s expert craftsmen. This is the type of challenge that many feeder bowl manufacturers would decline to quote. Fortville’s expertise in engineering and craftsmanship allows us to partner with clients to routinely solve difficult parts feeding assignments, such as this project. 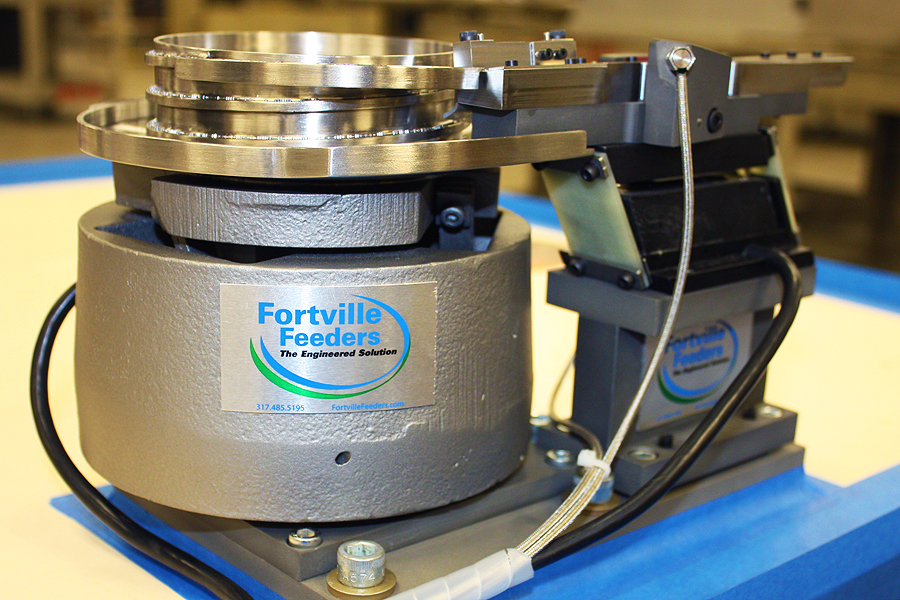 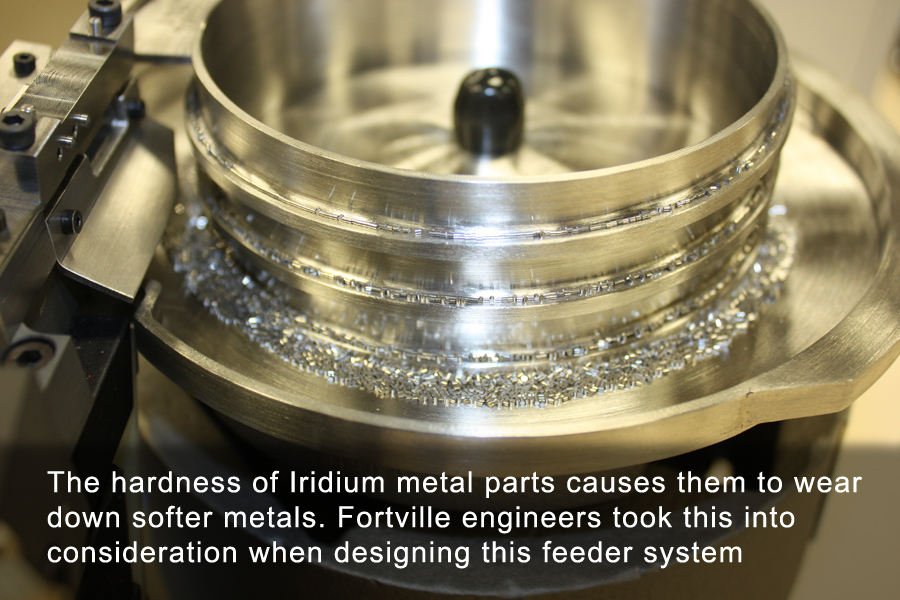 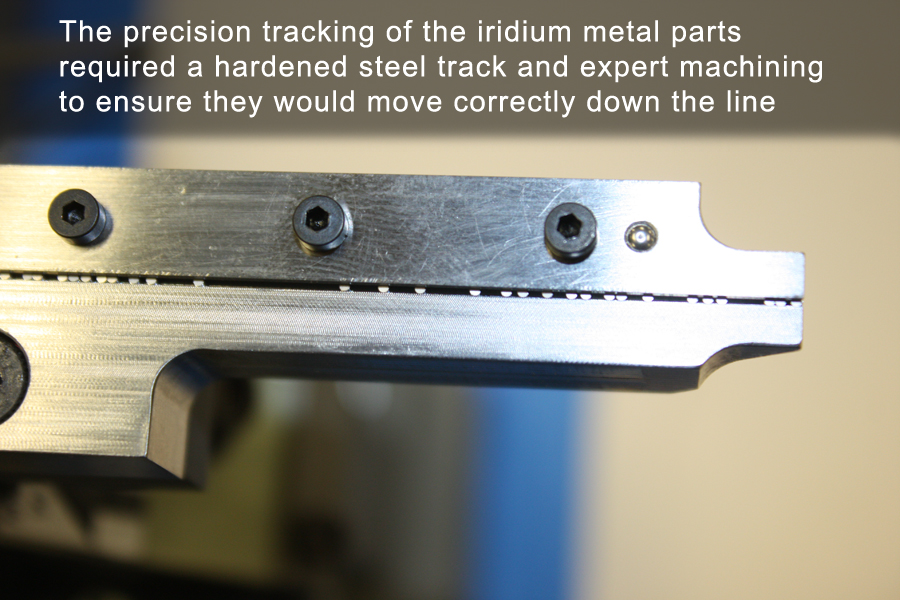 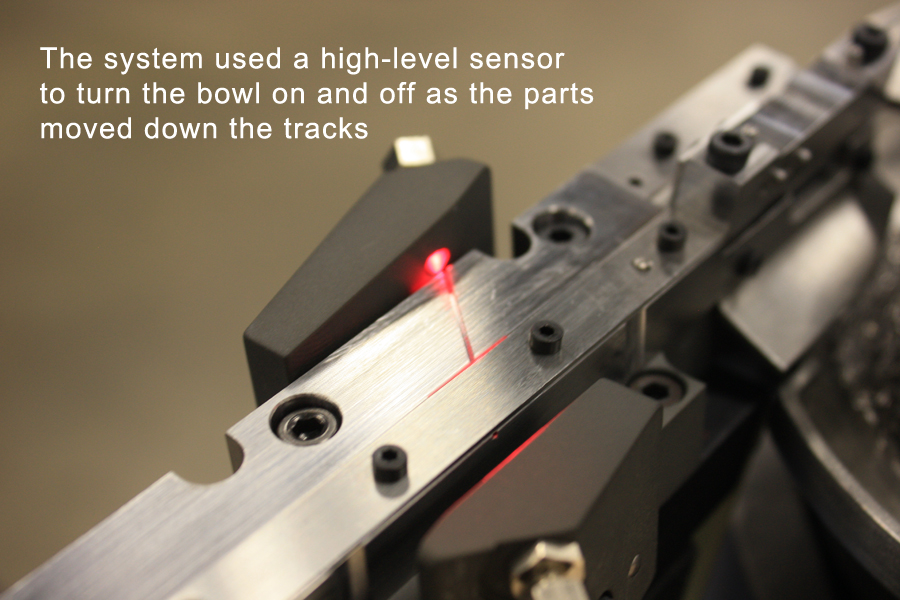