Problem: An integrator was building a robotic assembly station that handled four different stamped aluminum parts. The parts all had a double-ear geometry that needed to be presented to the robot ears leading. However each of the four parts had a unique shape. Either the outside profile was slightly different one part to the other or the notch was in a different location. The customer wanted to use one feeder system for all four parts. Given the complexities of the specifications, the integrator was having a hard time finding a feeding company that would quote this system.

Solution: The Fortville engineers realized that if the four parts were oriented in the bowl in the same manner in which they needed to be picked up by the robot, the selection and orientation in the bowl’s tooling would be very complex. This had a very low probability of success. It is Fortville’s belief that feeding is not complete until the part is presented to the customer in an acceptable manner. Knowing that a single system was required, Fortville built the bowl to work with the geometry of the part (not against it) and designed a two part track feeding system with a rotating mechanism in between. The first track moved the parts from the bowl to the mechanism oriented with the ears to the side. At the junction of the two tracks, Fortville engineers designed a 90º nest and release mechanism to change the orientation to ears leading as the customer needed. Fortville produced a CAD animation to ensure that the customer and end user were comfortable with the concept.

Fortville designed a solution that exceeded the customer’s specifications. Not only did the feeder system work for the four parts they were automating now, it also gave them the flexibility to use the same feeding system for parts in the future in one dependable system. 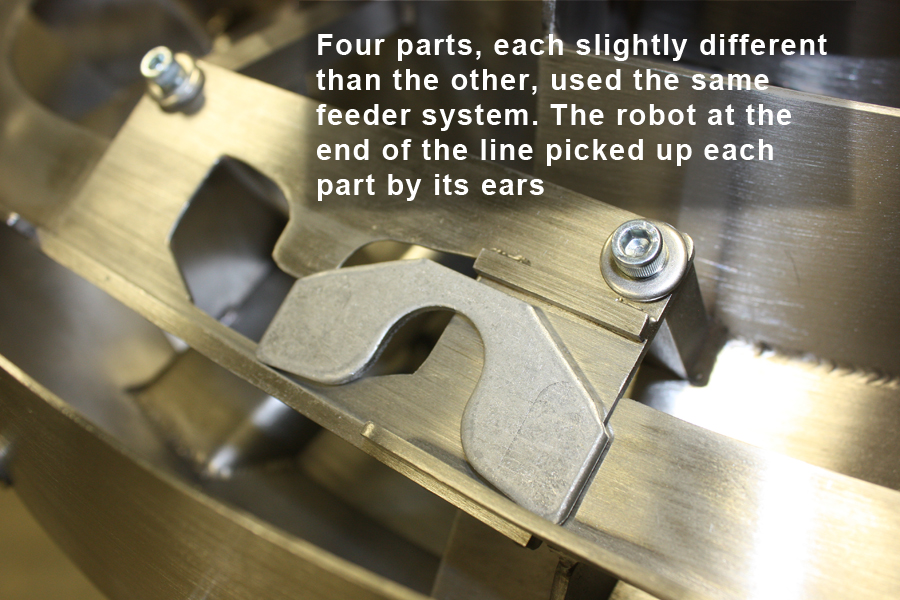 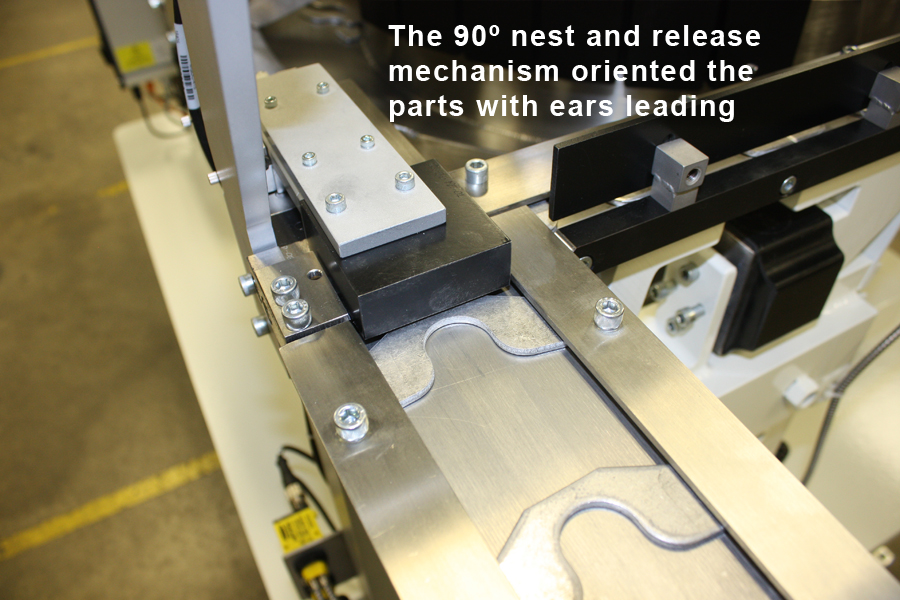 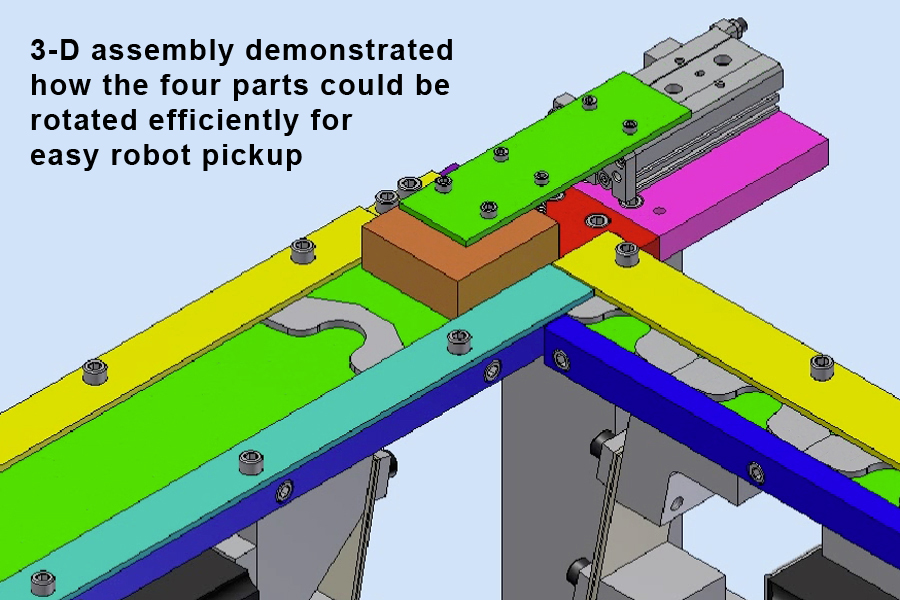 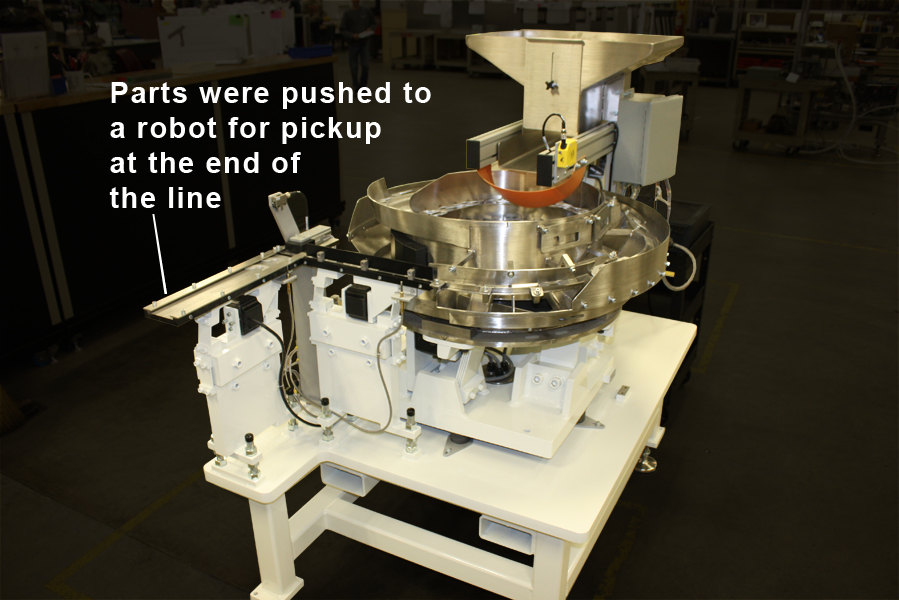