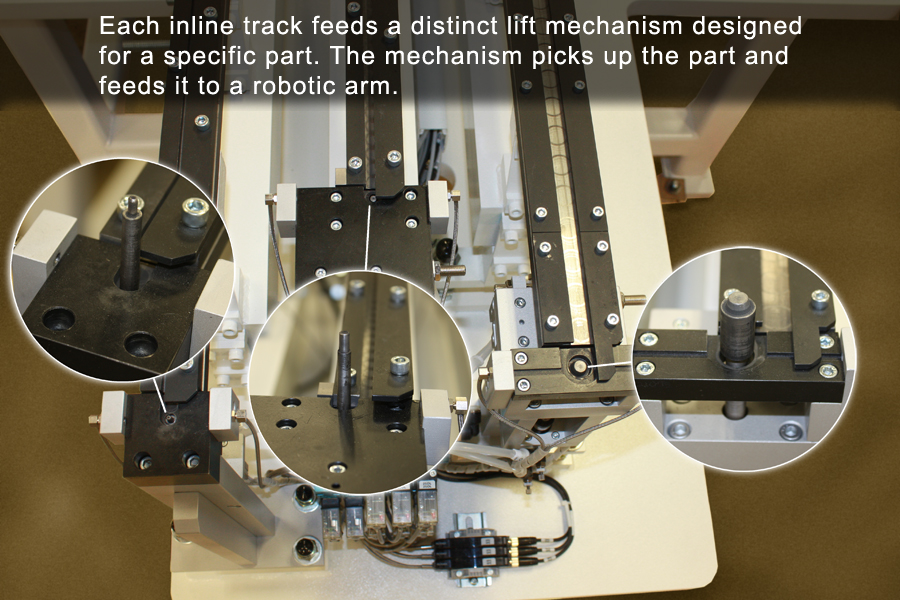 Problem: The customer had three parts that needed to be fed to a robot for pick up and assembly. The parts needed to be isolated and lifted to a location where a robotic arm would grip the part at a high rate. They were looking for a feeder system that met their current needs and could be expanded in the future without disassembling the present three bowl feeder system.

Solution: Fortville Feeders designed a three bowl, vibratory bowl and inline feeder system. This fed to three separate mechanisms. Each part was presented to the robot with a lift shaft that was designed to position the part to meet the height and position that the gripper needed. Fortville included a Keyence through-beam sensor to recognize the part was present and in position prior to lifting it.

Two of the parts had a lower profile geometry that cause them to shingle (overlap) each other at the nest. To keep the following part from shingling and preventing the lifting of the vacating part, Fortville engineered a two-step mechanism that used a cross shuttle and lift shaft in one. The parts were first isolated and cross shuttled to the side before being lifted to the robotic arm. This prevented any jams from happening at the mechanism. The customer needed the parts to be presented in close proximity to each other, so Fortville designed the mechanism to take up as little floor space as possible while being robust and economical.

Fortville also provided a table that left space for a fourth feeder bowl. This option gave the customer flexibility to expand the system in the future. 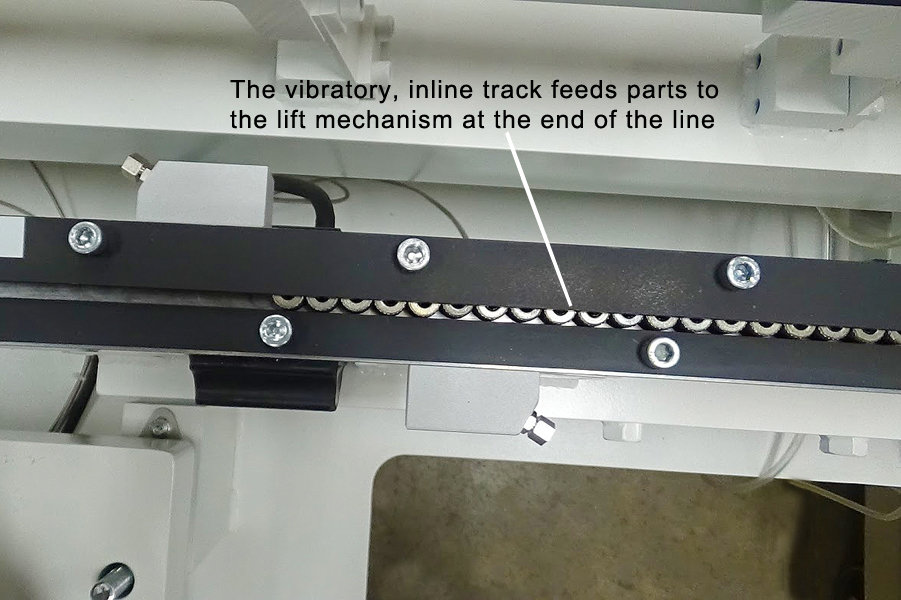 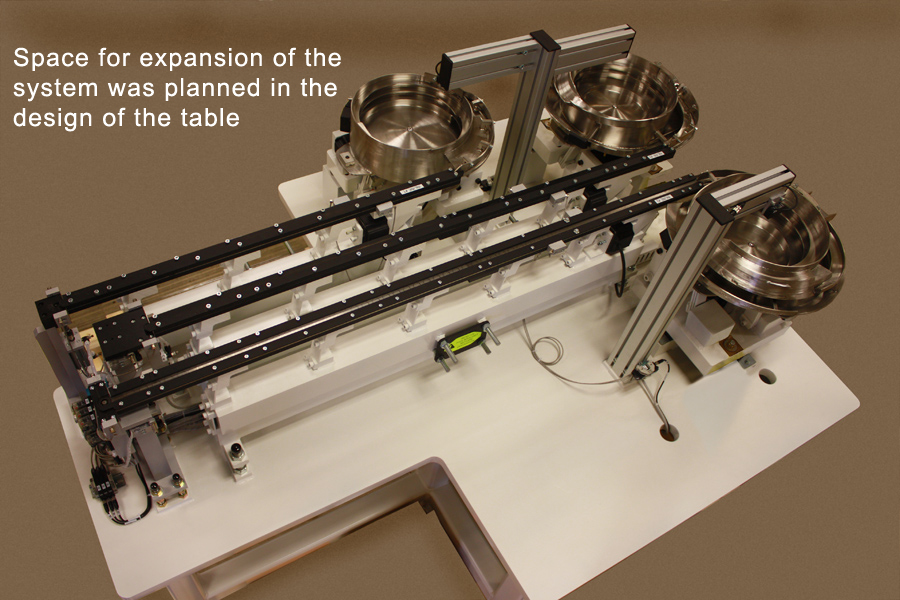