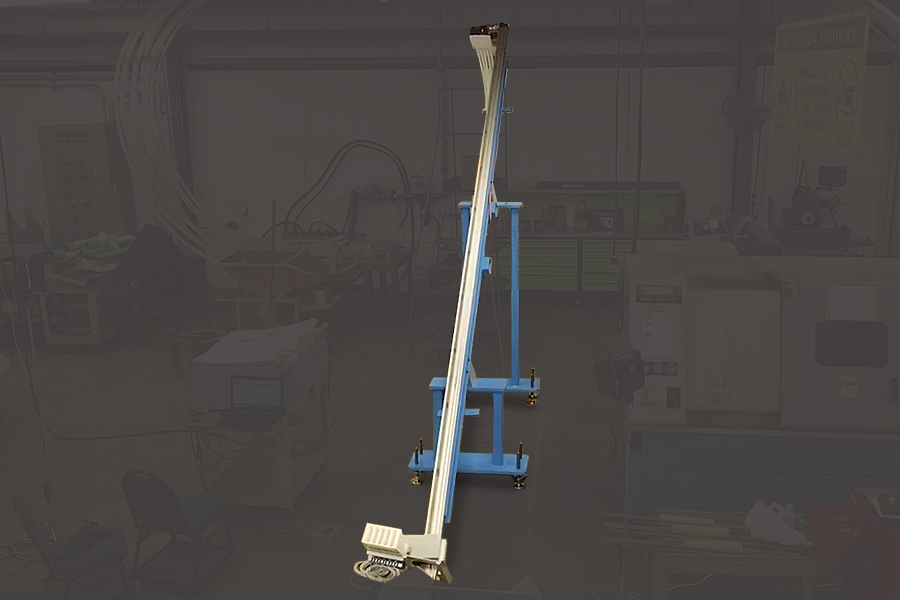 Problem: A manufacturer of wheel assemblies was facing a problem with the parts feeder that pneumatically moved wheel studs to an assembly station. The studs were moving at a high speed due to their weight and the distance needed to move them to the station. This resulted in damage to the assembly station. The customer needed to replace the stud feeder with a gentle delivery system.

Solution: Fortville Feeders specializes in end-of-line parts feeding. In this case, the parts needed to move 19’ to reach the assembly station. Five parts needed to be delivered every 17.5 seconds. Fortville Feeders designed a system that eliminated the need for compressed air to move the parts. Instead, they built a system that elevated the parts and used gravity to send them down delivery tubes.

Five studs were loaded into a carriage at the bottom of a servo-driven slide. Once they were loaded, the carriage was released and moved to the top of slide where the carriage aligned with the delivery tubes. A spring release allowed the parts to drop into the tubes and down to the delivery system.

The slide elevator and gravity delivery system worked to keep parts moving, but eliminated the damage the blown parts were doing to the assembly station. 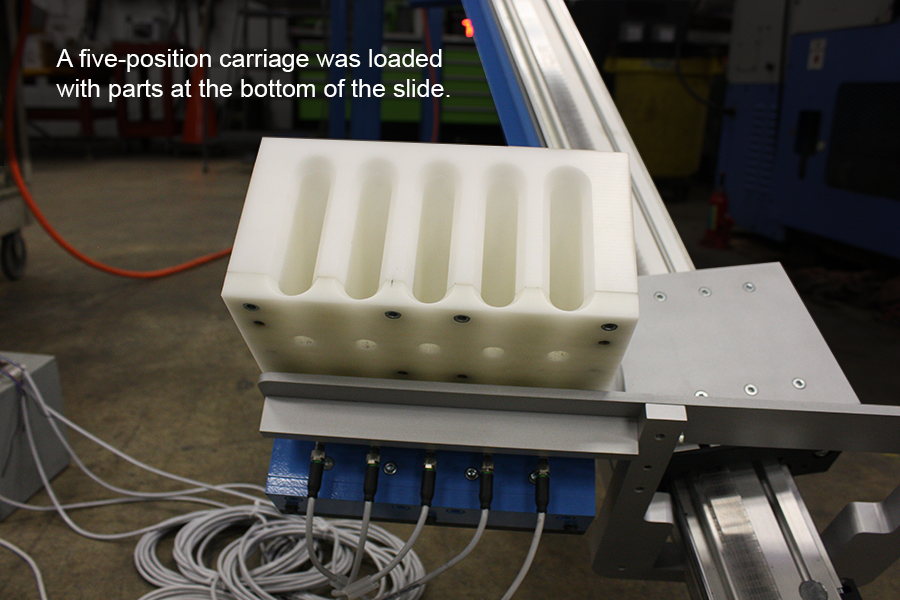 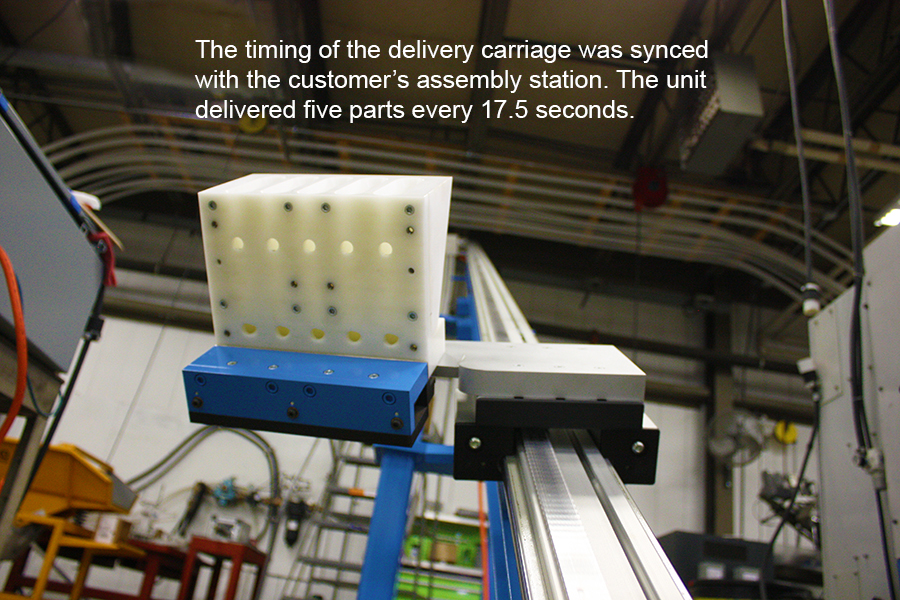 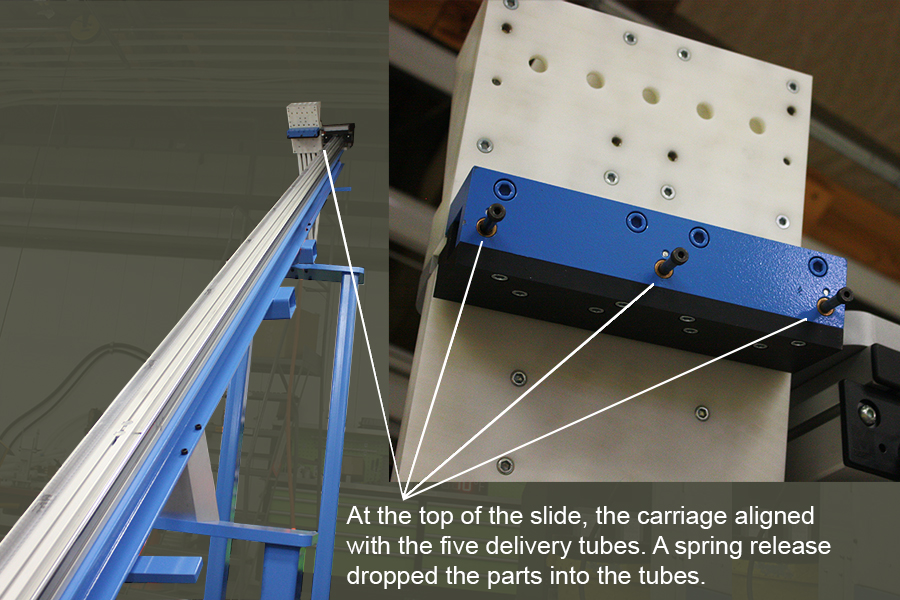