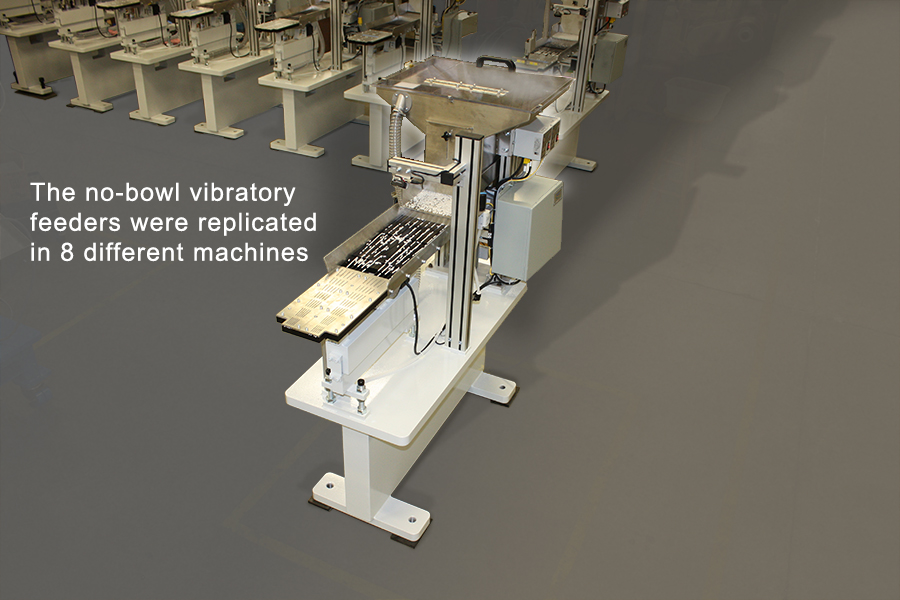 Problem: An integrator needed eight parts-feeding systems that would feed oblong plastic parts at high speeds. The only difference in the machines were the number of lines needed to feed the assembly line. They asked for a traditional vibratory feeder bowl system that could be replicated for eight machines.

Solution: After studying the parts and the customer’s needs, Fortville’s designers came up with an engineered solution that eliminated the feeder bowl and saved the customer money. They designed a system that used a vibratory hopper that fed a cascading, recessed inline track. The parts were vibrated into the recessed grooves of the track. Excess parts were dropped from the line into a return pan and vacuumed with a venturi system back into the hopper. Each of the lines cascaded so that parts would not over-supply the lines, causing jams. The overlapping parts simply rolled to the return pan and were recirculated.

The parts were delivered at speeds of 250-400 parts per minute. Lightweight parts and high speeds can cause parts to become misaligned. Fortville used a stainless-steel topper that held the parts in place as they approached the end of the line to eliminate any problems.

Another feature of the no bowl system was the quick dump feature built into the back of the hoppers. Bowl systems typically have a bulk parts dumping device when it comes time for changeover. In this case, there wasn’t a bowl, so a quick dump door was built into the back of the hopper. Since the parts were lightweight and small, they had a tendency to bounce when falling out of the machine. Fortville took the added measure to build side guides to contain stray parts from bouncing to the floor.

In the end, the customer had a cost-effective solution to their feeding needs that could be replicated and customized to the number of lines needed for each operation. 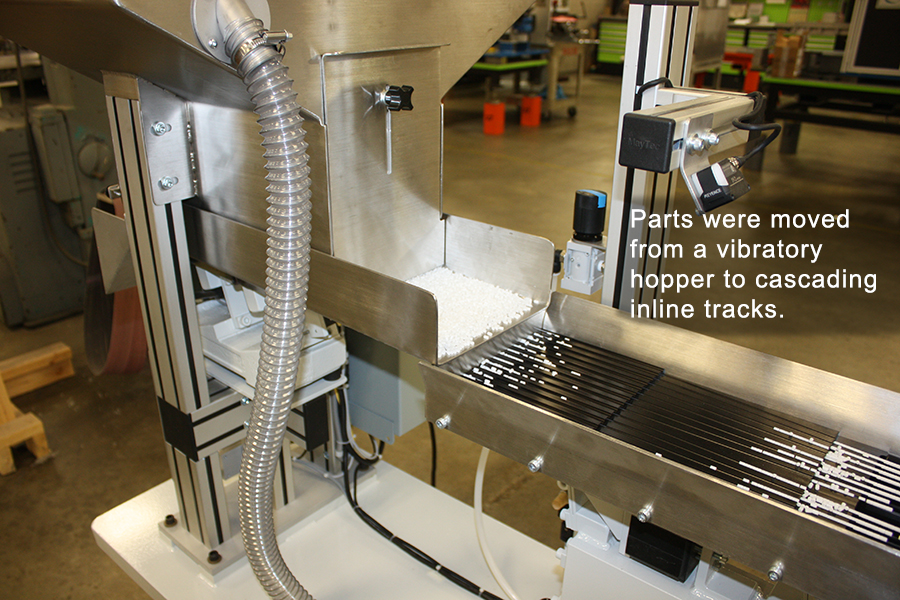 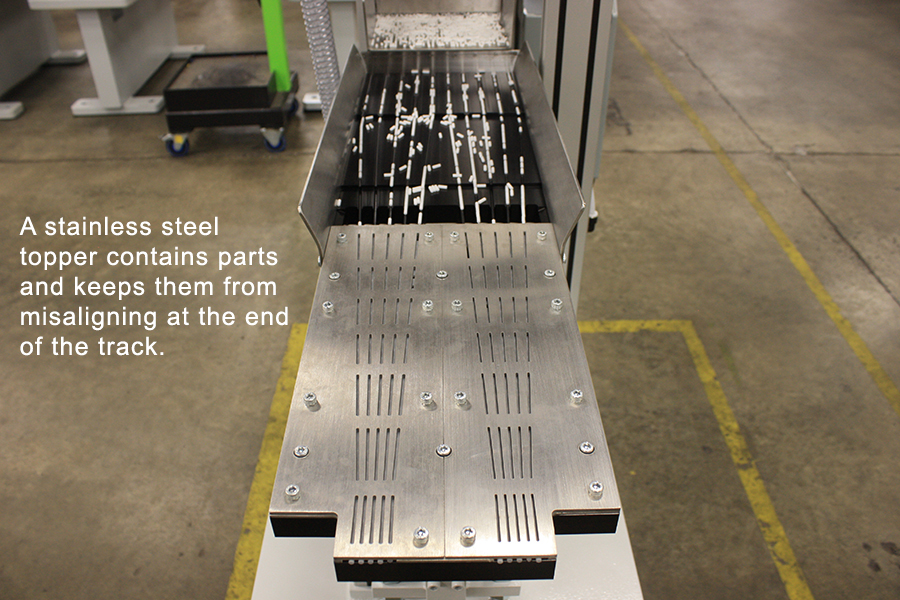 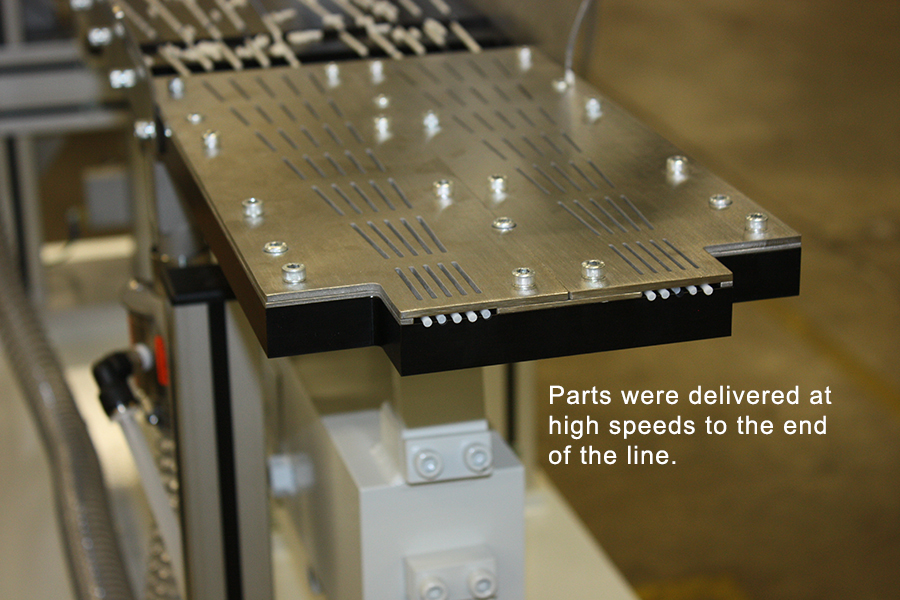 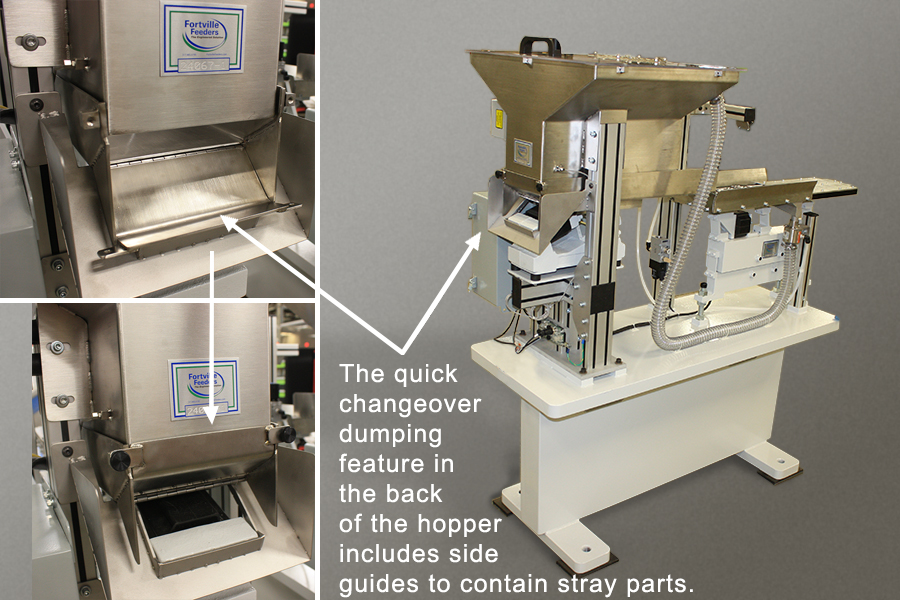