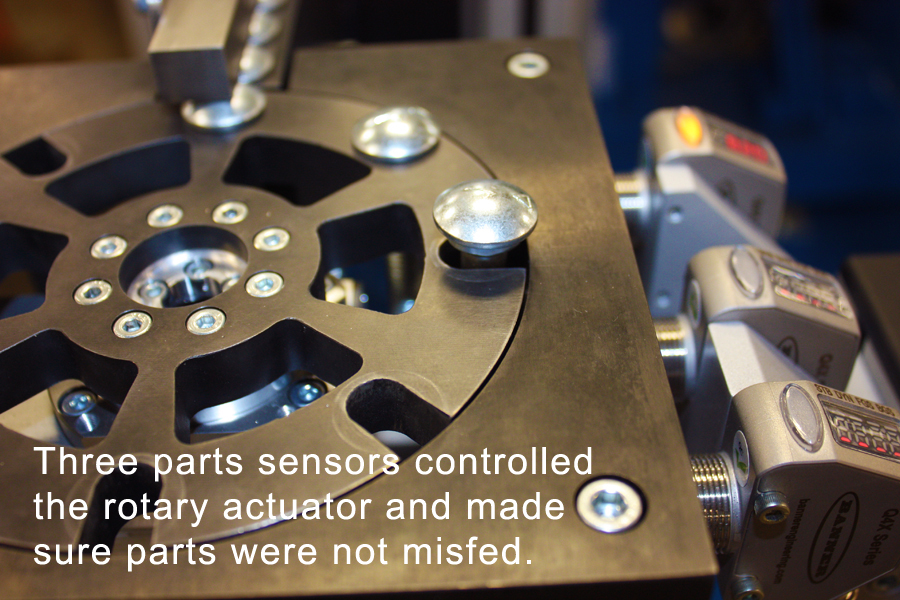 Problem: An integrator was building an automated assembly system for a manufacturing customer. They needed a parts feeder for a heavy metal fastener that was picked up by a robotic arm and assembled. There were two issues of concern. First, the part had to be delivered in perfect vertical alignment. Second, there could not be any misfeeds of the part.

Solution: The part needed to be rotated 90 degrees from its position moving down the track, held in perfect vertical alignment and lifted to be successfully picked up by the robot. Fortville engineers met with the customer to come up with a solution at the end of the track. There were space restrictions at the end of the line where the handoff would take place, so the orientation of the part had to be adjusted within a confined area. Due to these space restrictions, they decided to use a rotary actuator to turn the part for correct handoff orientation. The part was turned in the rotary dial and then lifted to meet the robot.

The elimination of misfeeds involved three parts sensors and integrated logic. The first sensor detected the part as it was nested off the delivery track. Once the part was confirmed, the sensor rotated the part to the second position, where the next sensor triggered a lift mechanism so the part could be picked up by the robot. The third sensor checked for misfed parts that were not successfully picked up. This sensor shut down the system if a part was detected.

The customer was able to effectively feed their assembly robot in a tight space. The three-sensor verification process kept parts moving with confidence. 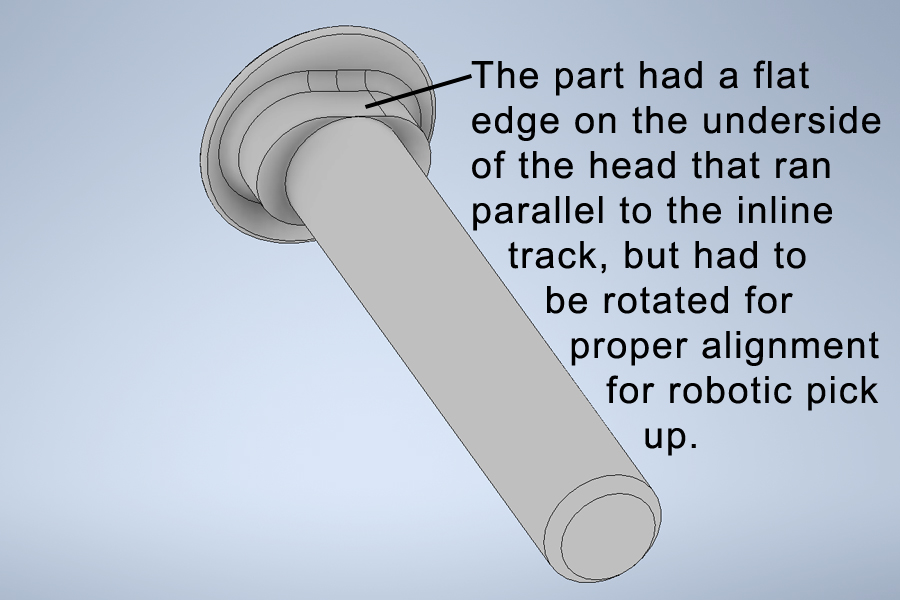 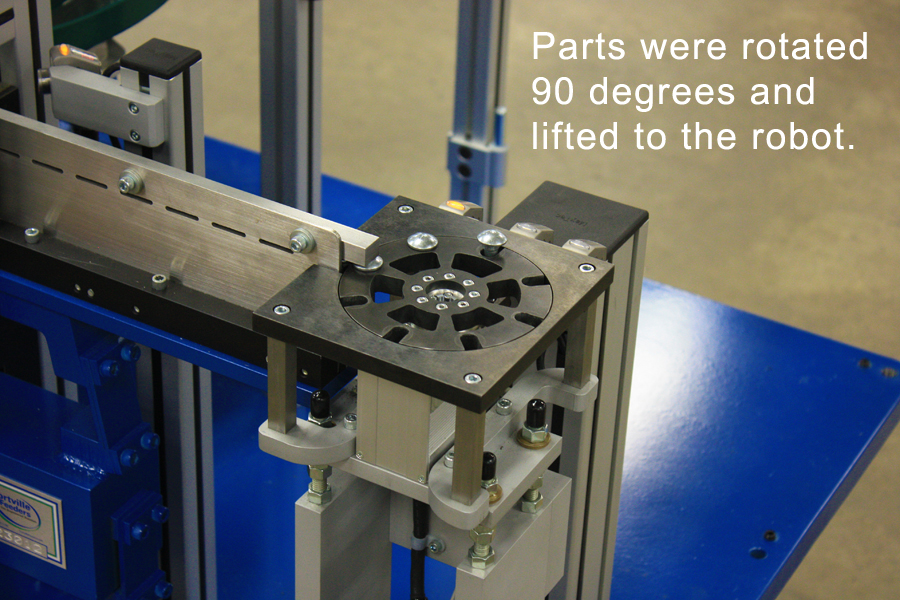 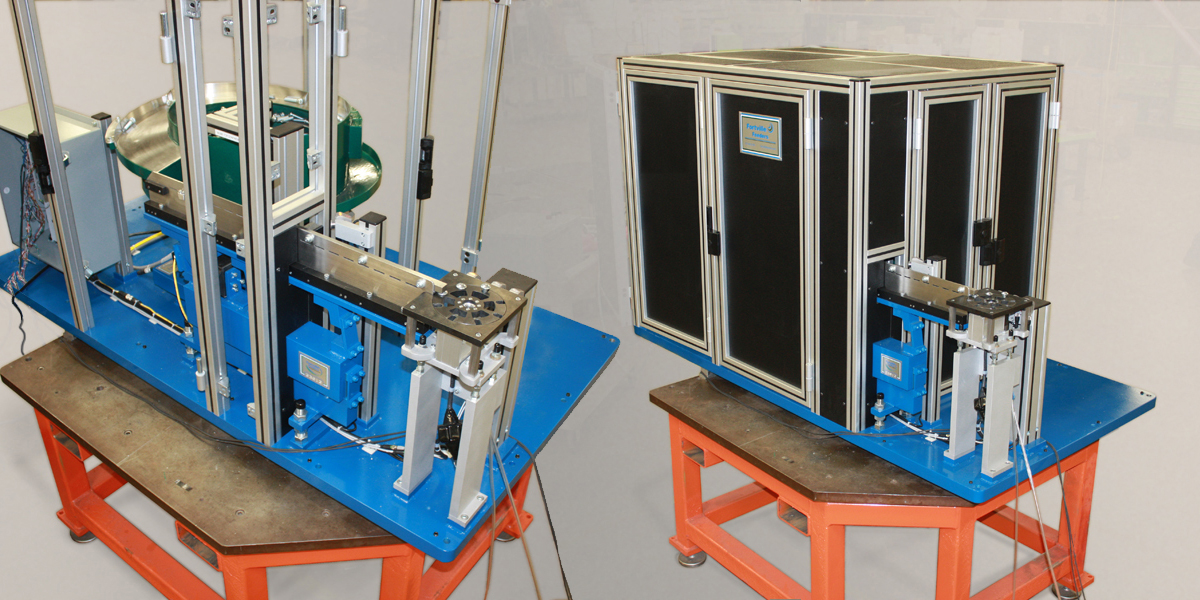 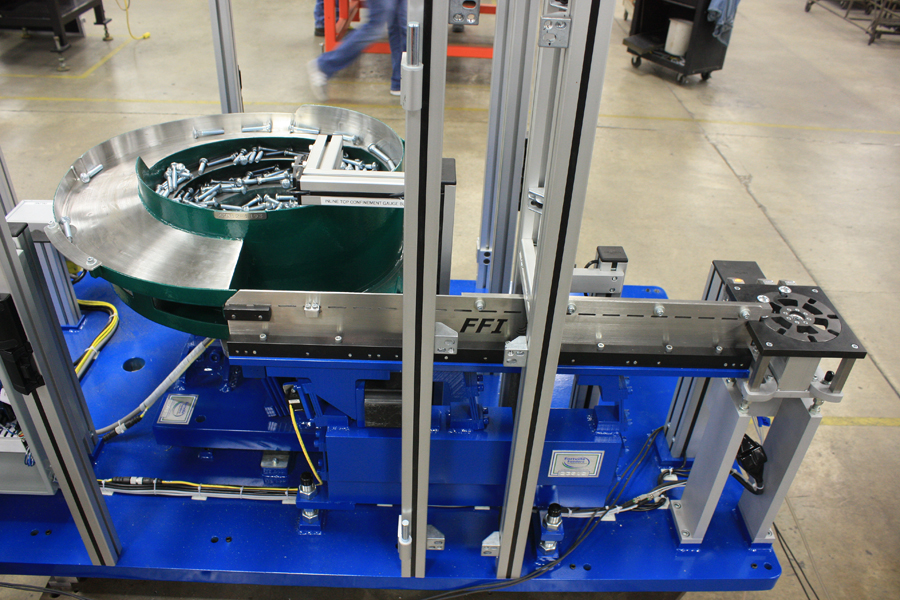