Plastic caps are closed, sealed and inspected at high speeds 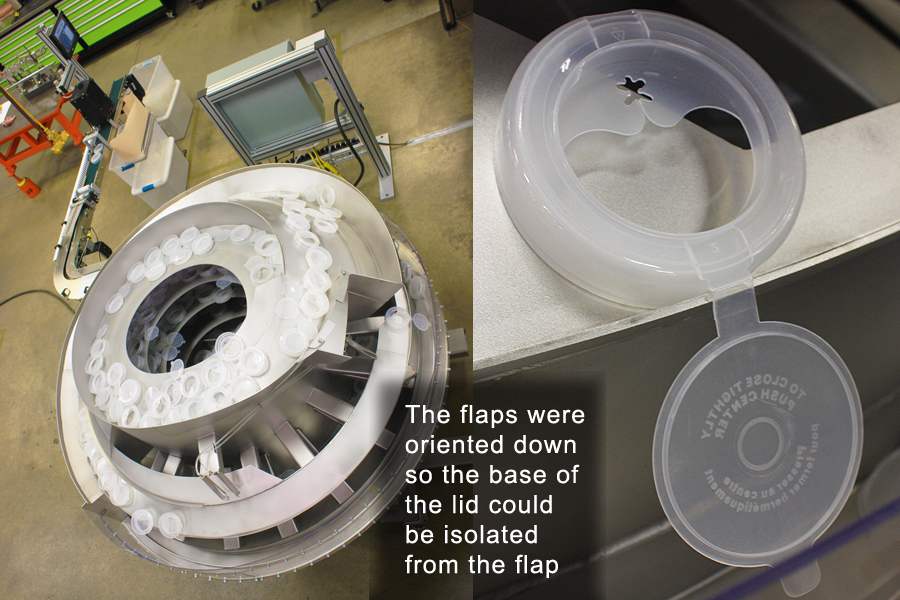 Problem: A packaging manufacturer for disinfectant wipes needed to develop a new feeder system to handle their double seal lids. Demand for the product made it necessary to build a new line. The plastic lids were required to be fed at a high rate to the customer’s capping system. The lid feeding system was required to close and seal the flaps of the lids before moving to a vision inspection system. There were also space constraints for the system to fit on the manufacturing floor.

Solution: Fortville designed and built a feeder system that used a vibratory feeder bowl, a high-speed conveyor track with compressed air jets and tooling to orient and seal the lids. They also included a vision system inspection station before handing the parts off to the assembly automation.

The system was built to fit the client’s workspace and needed to make a 90-degree turn in the track without misorienting or misfeeding the parts in the process. This is where the expertise of Fortville’s bowl toolers came into play. Since the lids had to navigate a 90-degree turn, the vibratory feeder bowl was designed so that the lids were oriented with the flap down. The base of the lid was then isolated from the flap, which was raised with a puff of air and fed to a linear track. The tooling held each part in position as it moved down the track and turned 90 degrees. The tolerances needed to be tight enough to keep the flap in proper position, but wide enough to keep the lids from dragging on the track. This was critical to keeping the system from jamming.

Next, the parts were closed and sealed through a three-step process. A closing mechanism shut the lid followed by two rollers that secured the double click seal. The lids were then quickly conveyed to the inspection station. Each lid was checked by the vision system for imperfections. Bad lids were moved off the line through an escapement. Approved lids were moved to the end of the line to be handed off to the capping assembly station.

The system was built to move 65 ppm. The customer was given a high-speed automation solution to close, seal, and inspect the lids. They were also provided a workable feeder system in a tight workspace. 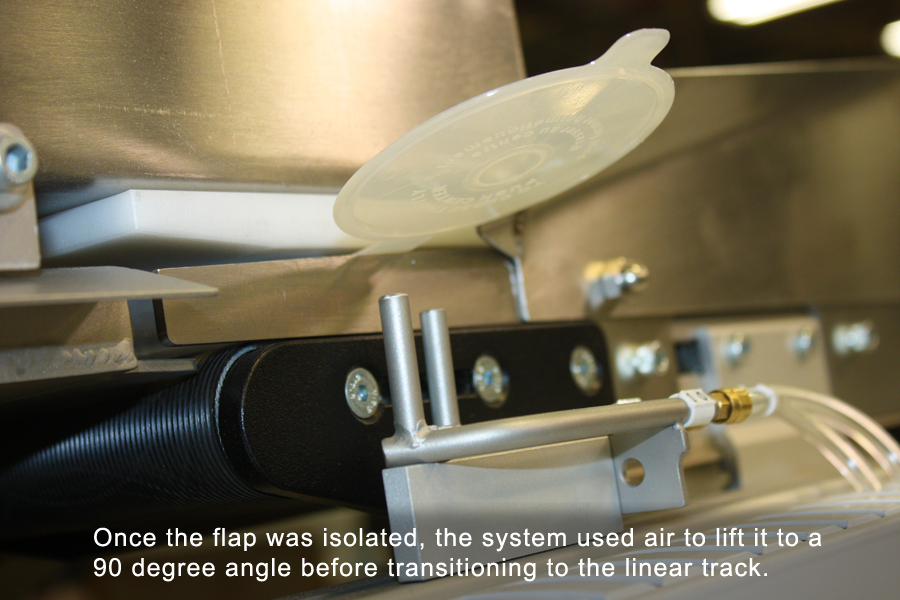 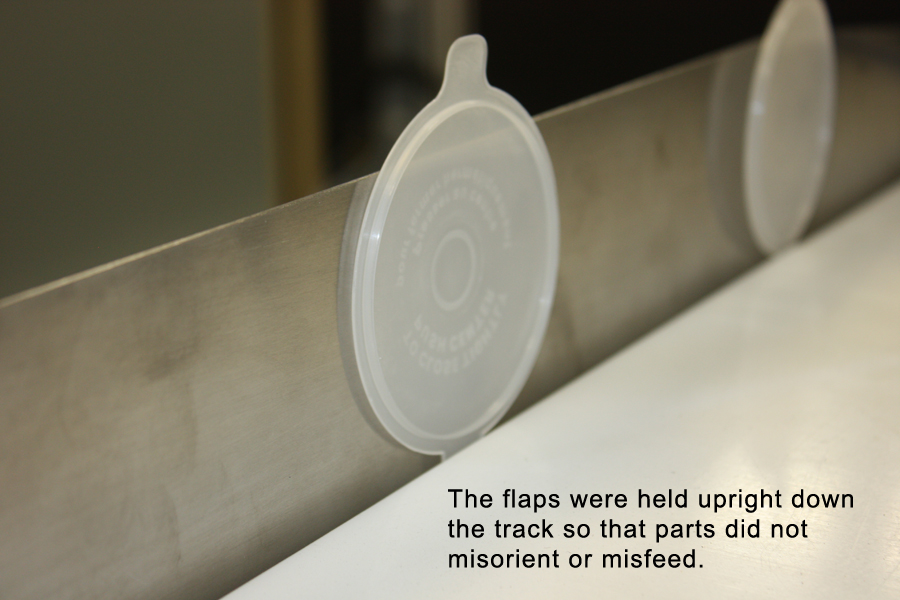 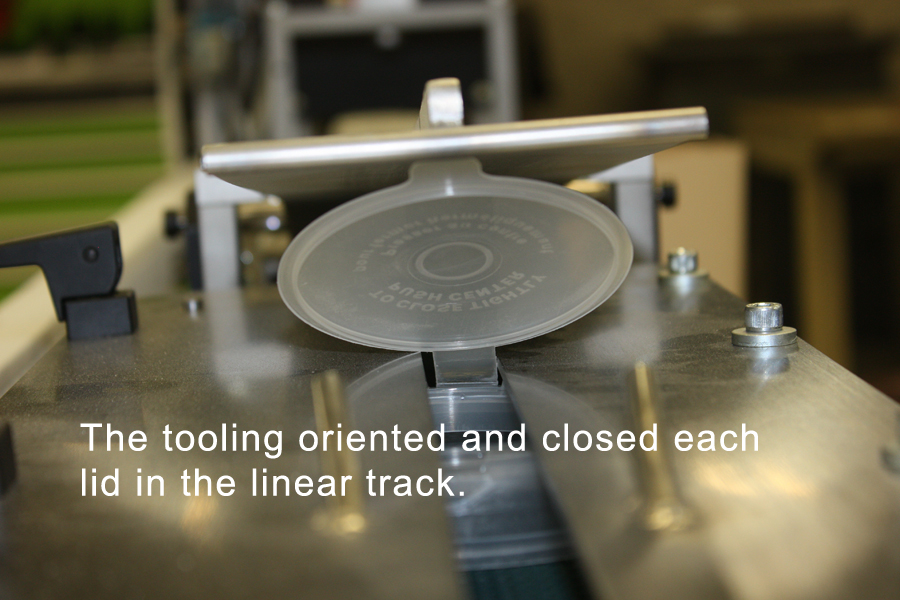 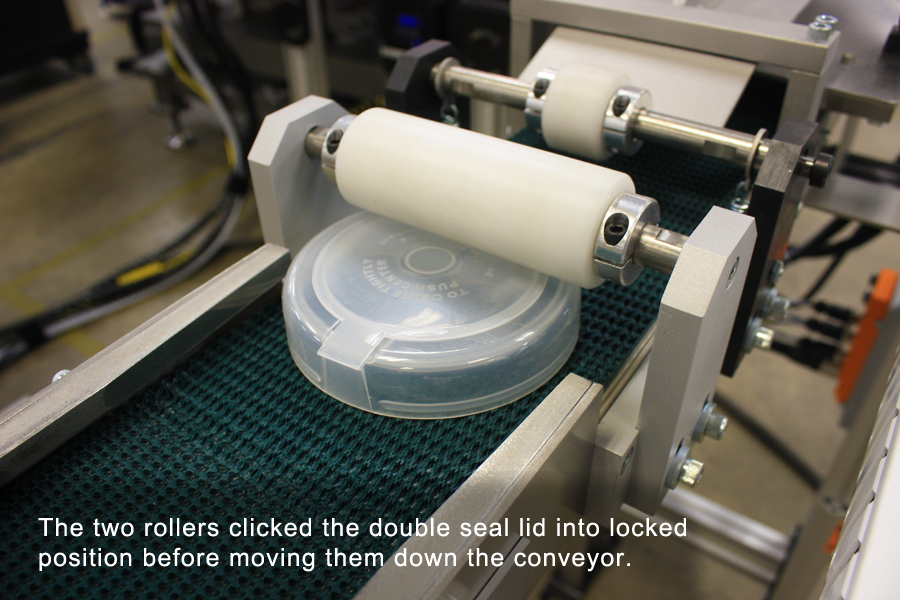 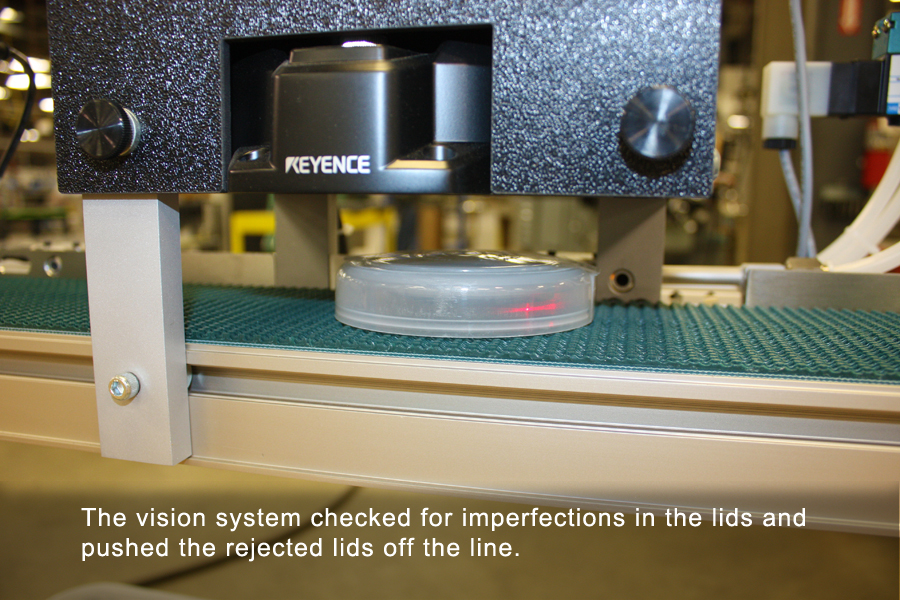 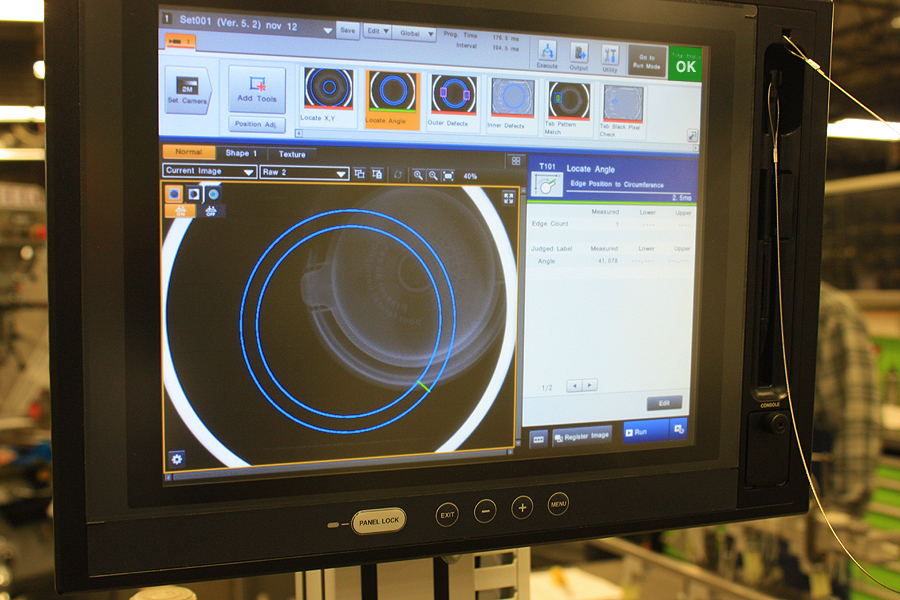