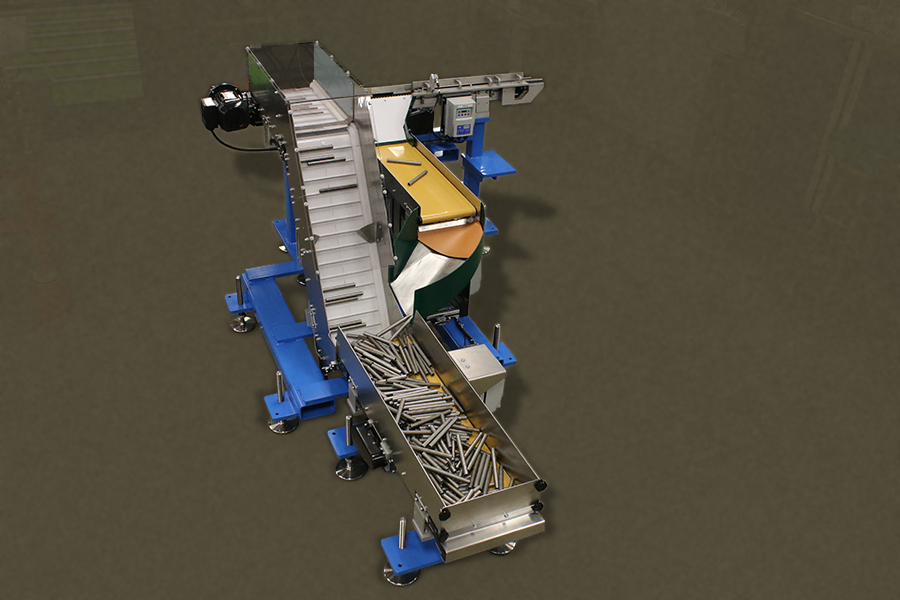 Problem: An integrator was building an assembly station that used four different parts in a hydraulic fabrication. They were looking for a parts feeder that could feed all four parts to an assembly cell. However, there were some unusual safety constraints. For safety reasons the end user uses rolling hoppers instead of fork trucks to move bulk parts in the plant, so they needed a system that would accommodate the low unload height of their rolling hoppers. They were also looking for a quiet feeder. They were moving heavy metal fittings that would potentially cause enough noise that workers would have to wear protective earplugs.

Solution:  Fortville designed and built an orienting elevator feed system. To meet the loading requirements, the system used a low-profile hopper. It was designed with a wide base to accommodate the quantity of parts in the customer’s rolling hopper. The hopper fed parts to a cleated elevator that moved them onto a conveyor track. They were then moved in a single line to the end of the track to be presented for pickup. Misoriented and doubled-up parts were removed from the track and dropped into a return-to-hopper chute to be recirculated.

To meet the noise reduction requirement, the system eliminated the use of vibration to move the parts to the hopper. Orienting elevators are good solutions when limiting noise, especially when you are dealing with metal parts that tend to clang when they are vibrated. To further reduce noise, Fortville used noise damping materials on the hopper base and return chute when the parts were dropped off the line and returned to the hopper.

The system was built to handle all four parts, each with different dimensions. Line changeover was accomplished in a matter of two minutes. This simple setup allowed the operator to change lines quickly and keep production flowing without the complications of operating multiple feeders.

Fortville was able to meet the customer’s requirements for load height and quiet operation. In the end, the customer was supplied with a versatile parts feeder system that integrated with the down-the-line assembly station. 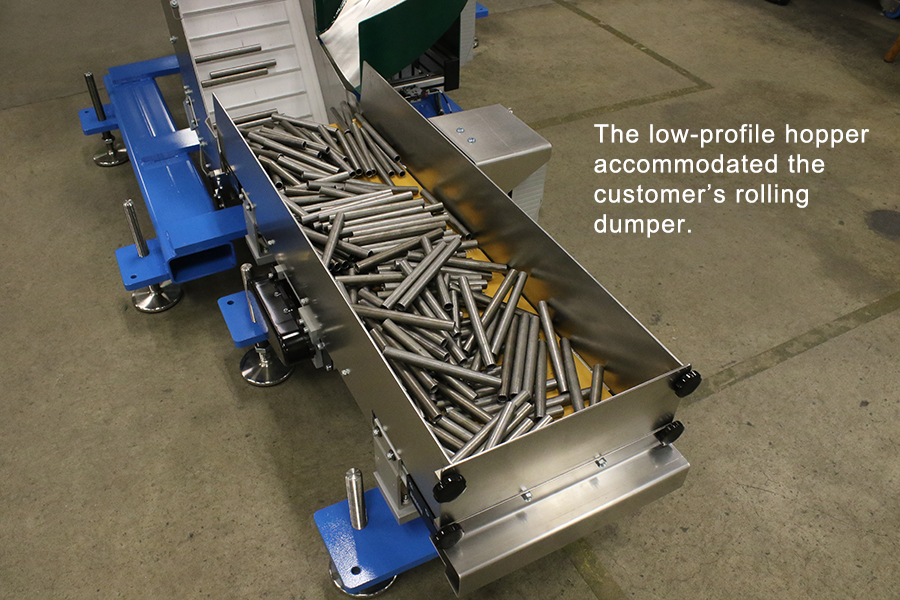 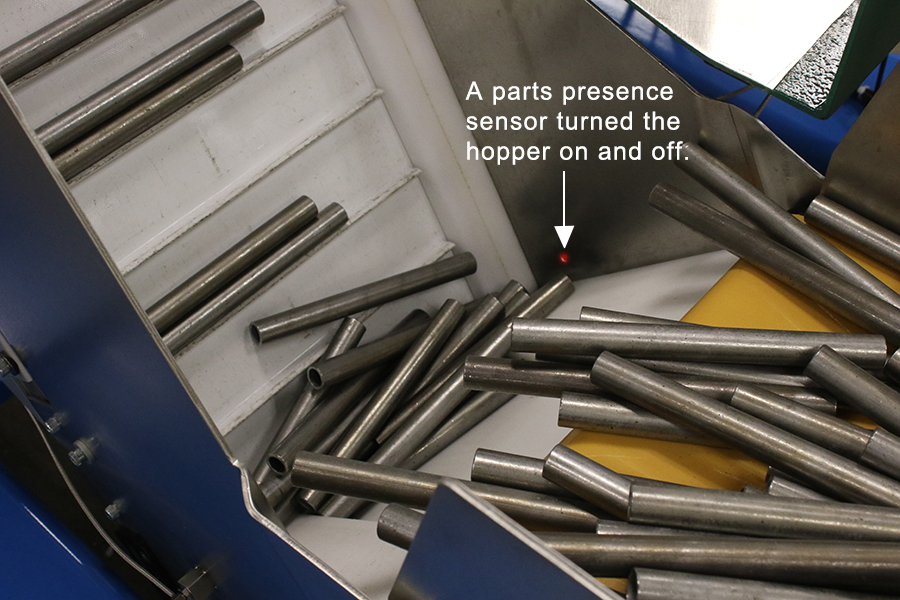 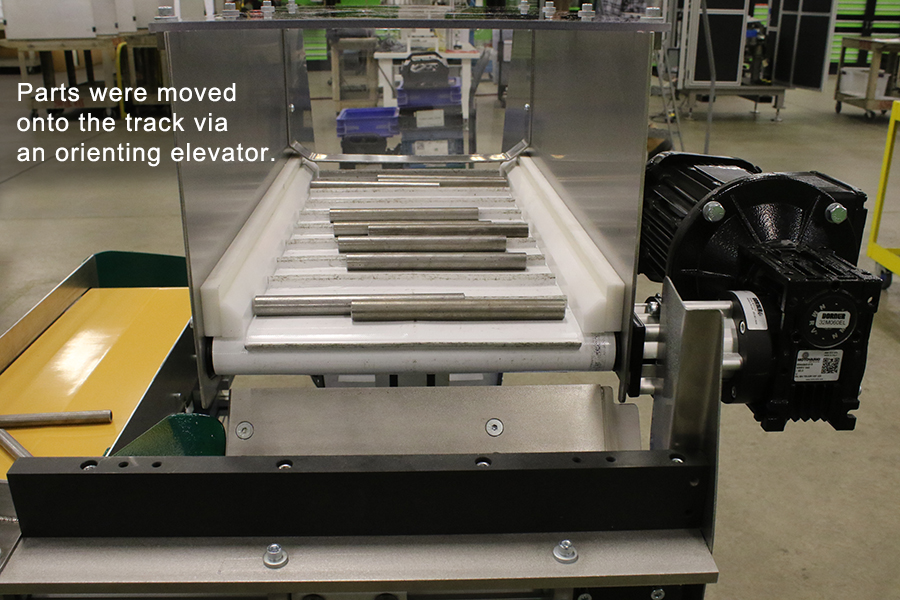 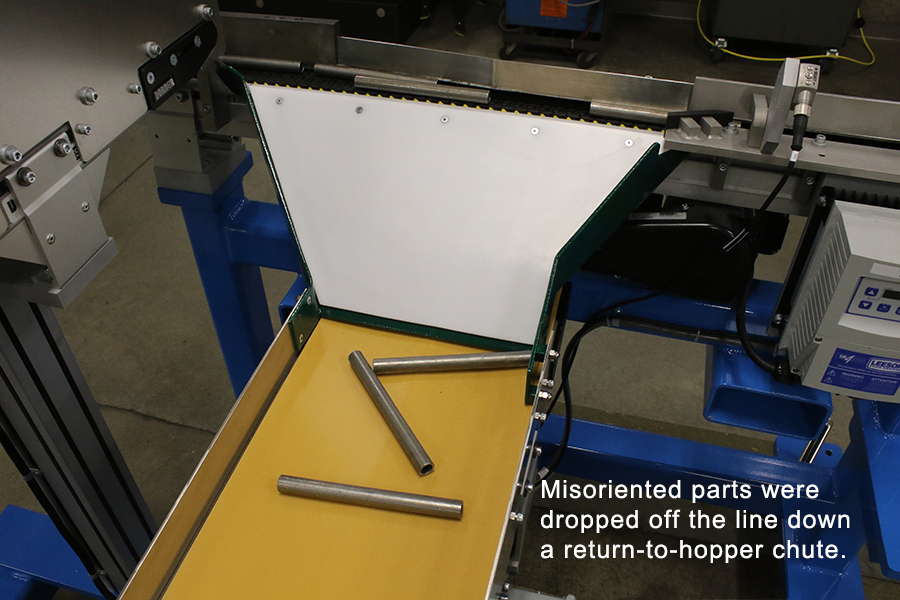 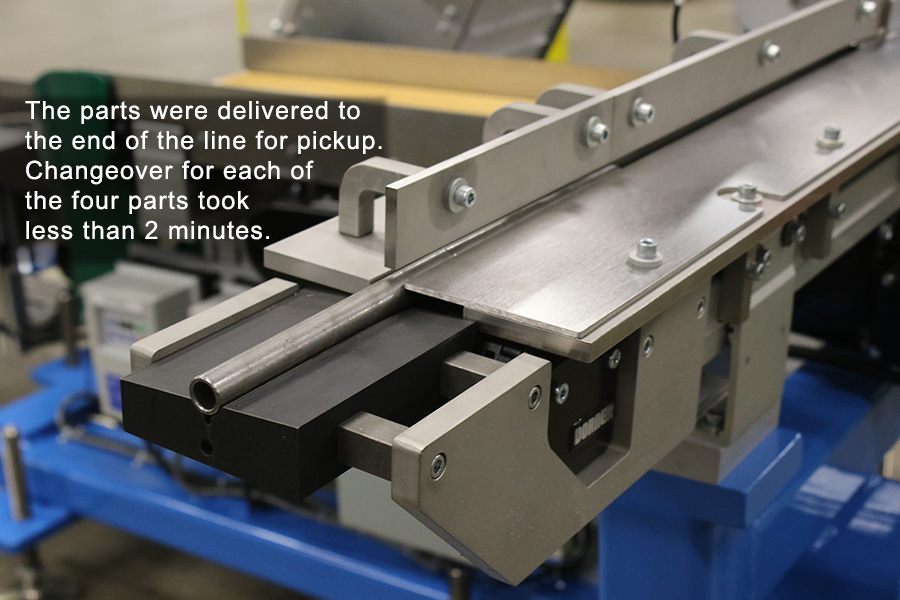 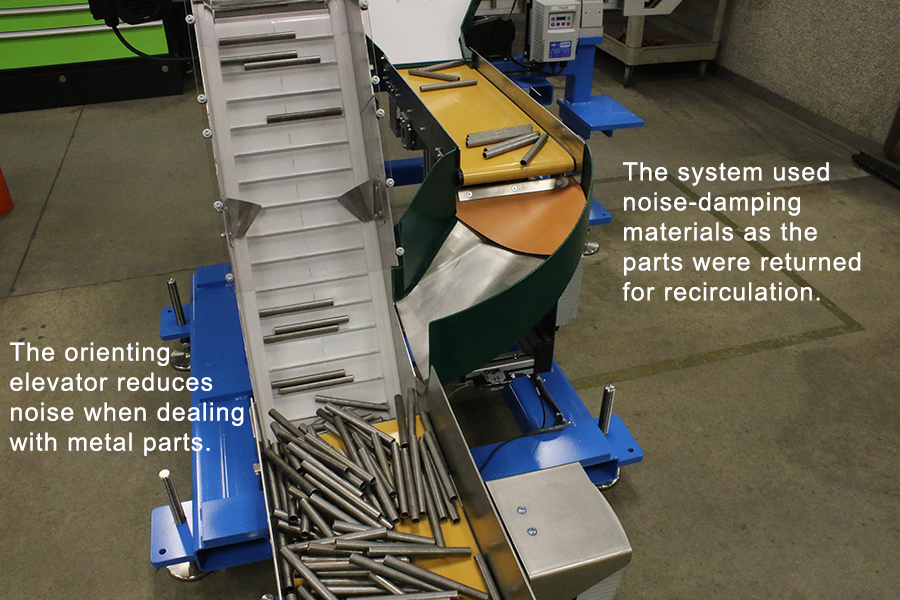