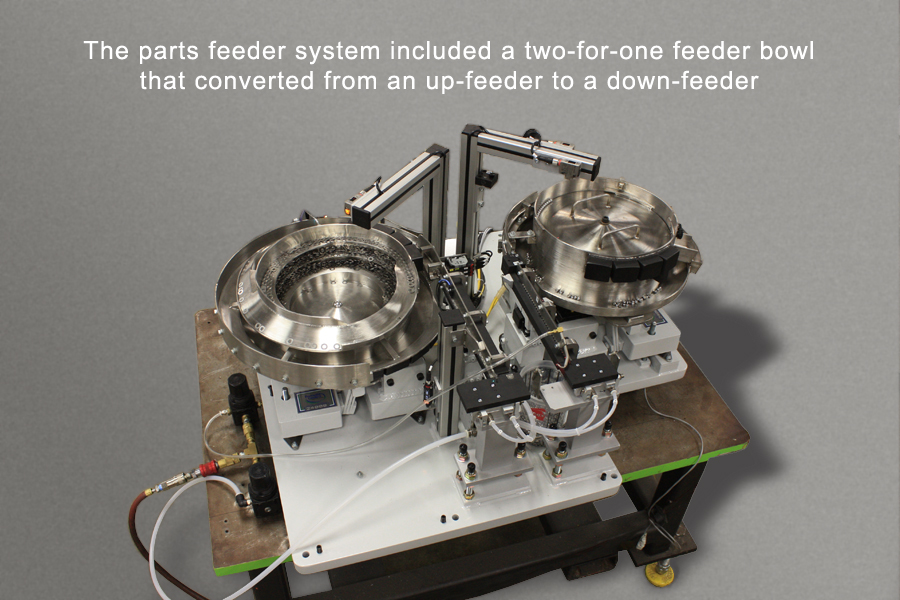 Problem: An integrator was looking for a new parts feeding system for their robot assembly of bearings. The client had two different bearing parts. One was fully round and the other was a half-round bearing. Both of these bearings were seated in a chamfered retainer by the robots during assembly. Since they both used the same ball retainer, the customer wanted one parts feeding system to handle both bearings.

Solution: Building a two-for-one system is challenging, but Fortville’s engineers have the expertise to tackle complex parts feeding problems. There were several complications with these parts. First, the two bearings had to be handled differently. The fully round bearings rolled, the half-round bearings did not. Fortville designed and built an up-feeder vibratory bowl to handle the half-round parts. They then built a lid that converted the bowl into a gravity, or down-feeder, to handle the round parts. Since the two parts were located on two levels, they placed two parts sensors above the bowl – one for the up-feeder and one for the down-feeder.

Another challenge of one system that handles two parts is the concern of parts being mixed up, especially in this case where the parts were very small. That is why this system also included a transfer block that checked each part to ensure that rogue parts were not mixed in. The block was placed just ahead of the inline track.

The expertise of Fortville’s engineers and bowl toolers and their understanding of the automation industry was evident in the design of the two-in-one system. They built the feeder so it could be converted from one part to the other in less than one minute.

The second part had its own complexity. The flat, round ball retainer had a chamfered angle on the inside dimension of the part. This was so small, it was not visible to the eye. It was imperative that the part be handed to the robot in the correct position every time. The bottom side of the part had a dot stamped into the part. Fortville designed a vision system that checked for the dot on each part. Parts not oriented correctly were moved off the line.

Finally, at the end of the line, each inline track fed singulated parts to a nest in a cross shuttle. The two shuttles were synced and moved each part into the correct position for pick up and assembly.

In the end, the customer saved the expense of a third system to handle the different bearings. They gained a system that reliably handed off parts in the correct orientation every time. 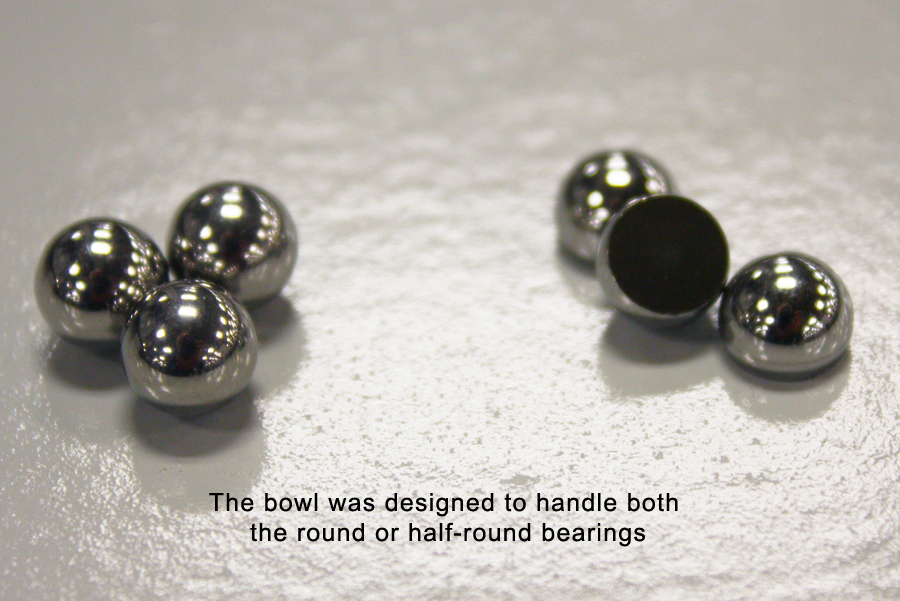 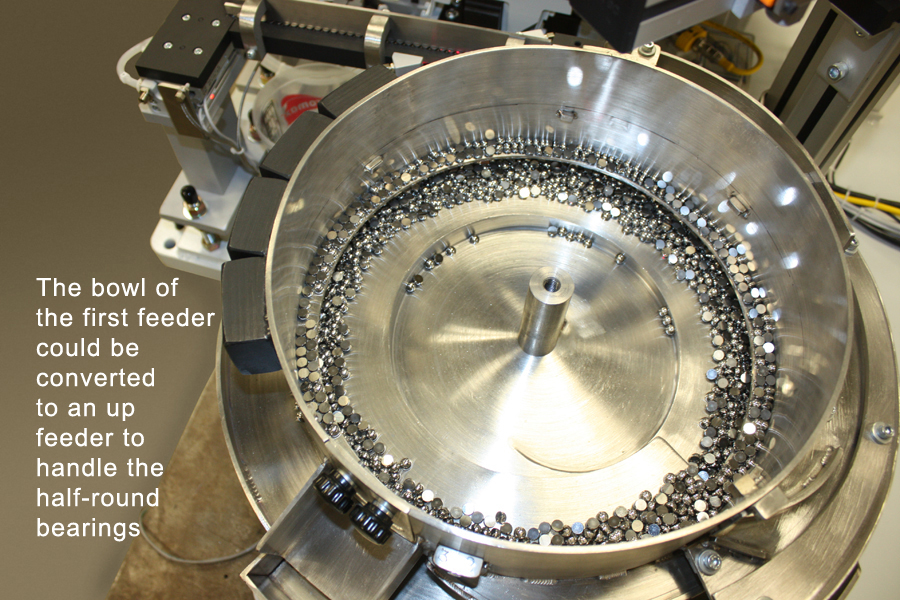 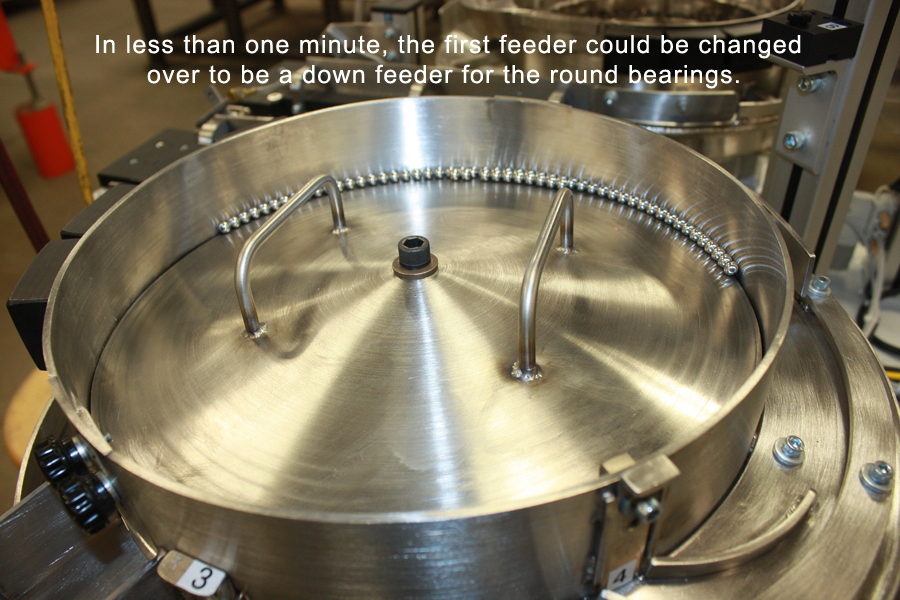 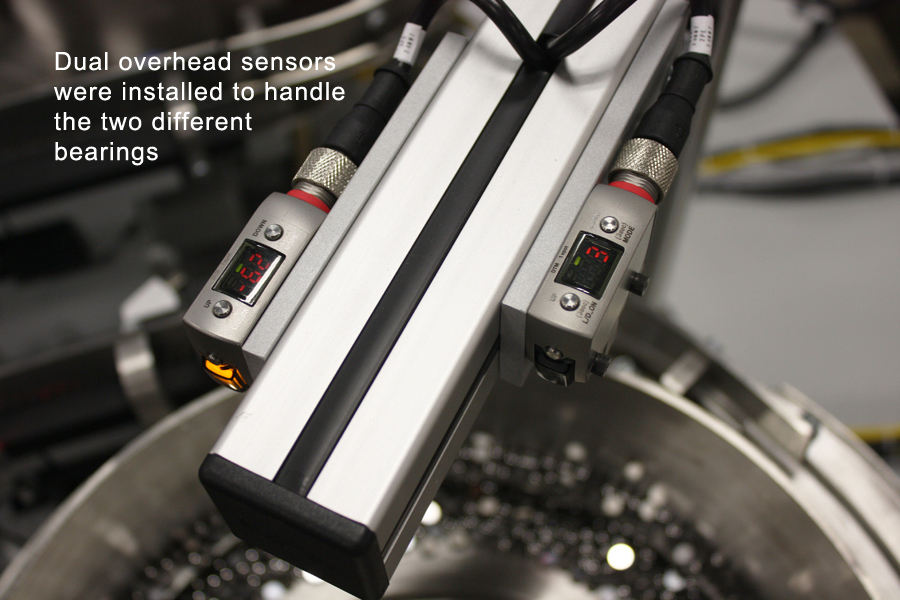 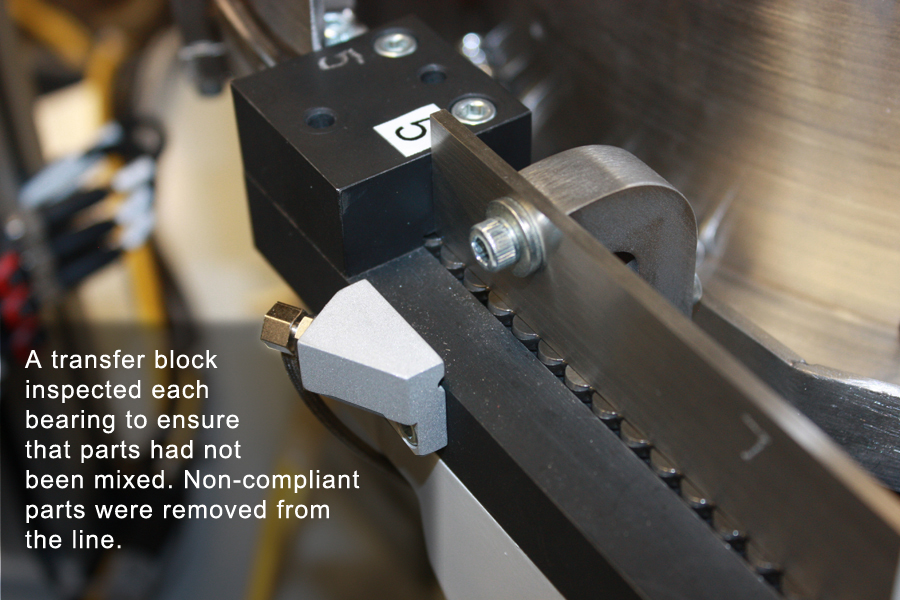 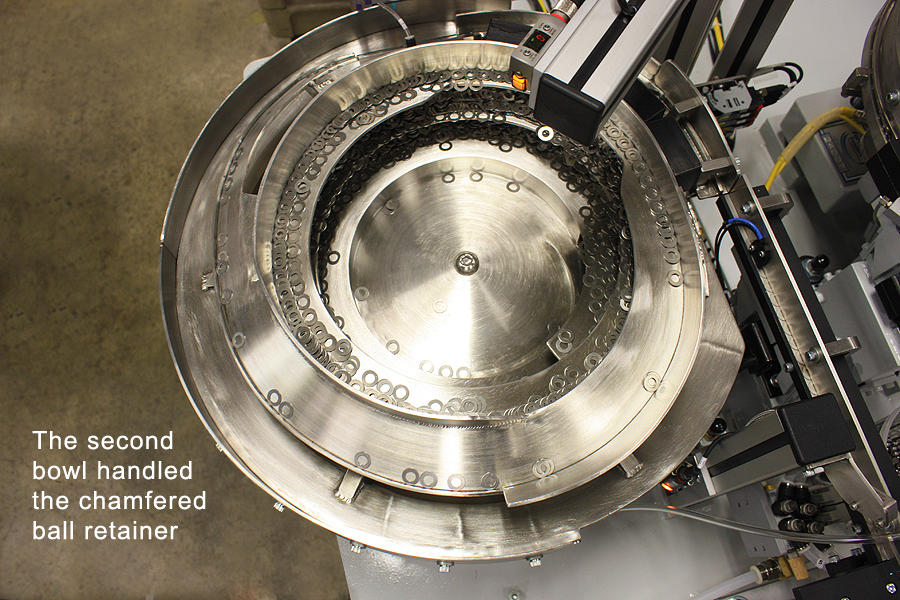 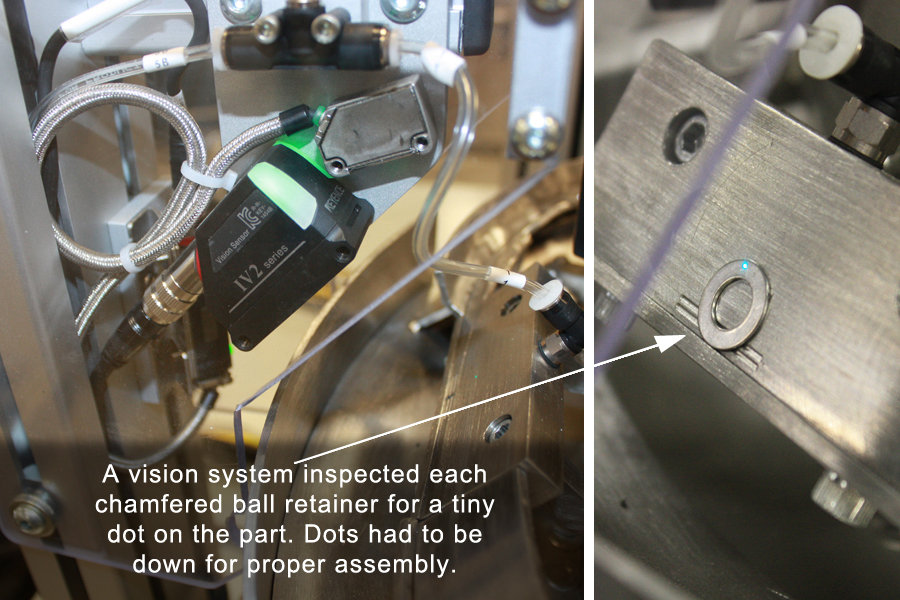 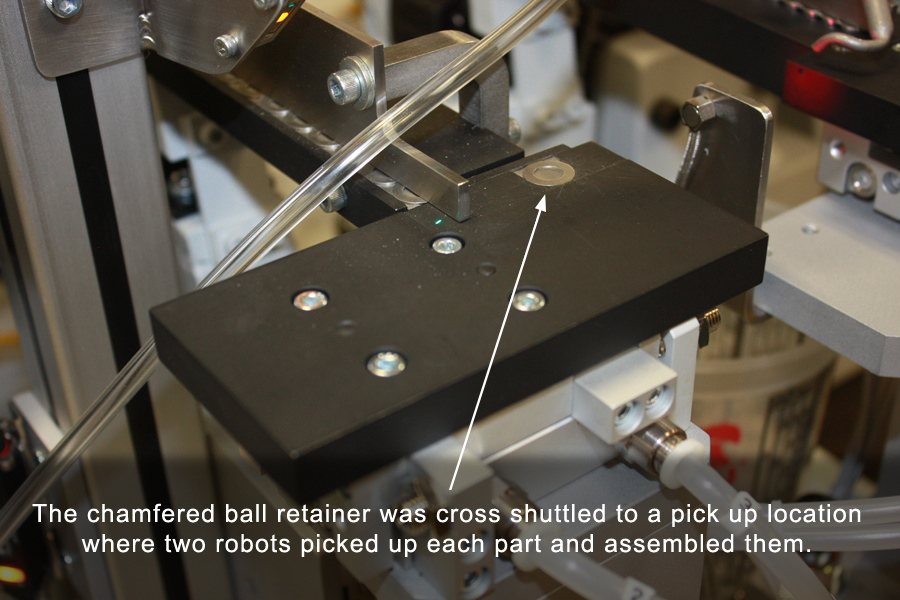