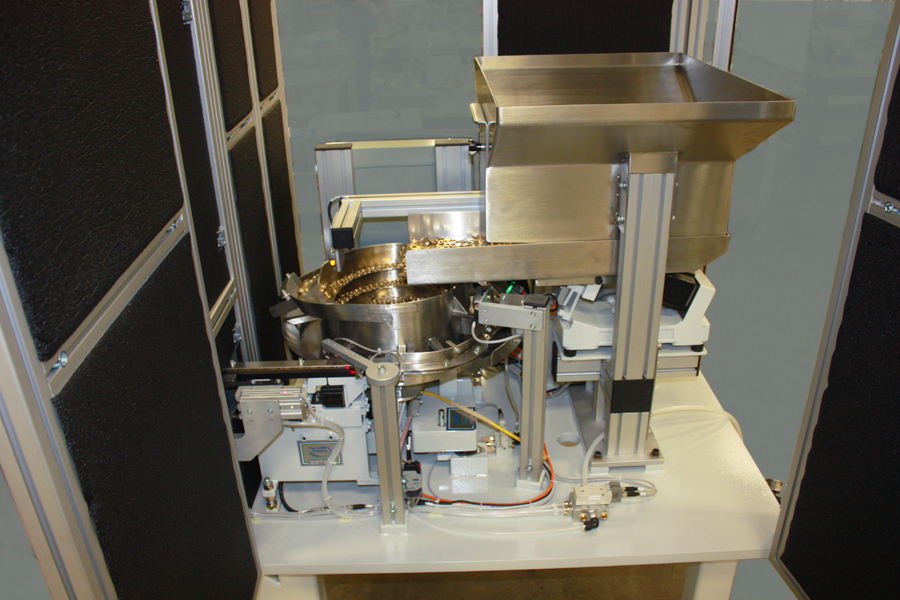 Problem: The manufacturer of door hardware was in need of a way to automate the orientation and feeding of three different brass lock components for an assembly cell. The parts all shared the same two-lobe shape with one lobe having a hole and one being solid. Two of the parts had stamped identifying letters on the solid lobe; one did not. The feeding system was required to handle all three parts. It was important that the parts were fed so that the solid lobe was leading and the hole was trailing. The parts with stamped letters needed to be facing up for the next operation. The system needed to feed all three parts with minimal changeover.

Solution: Fortville Feeders has expertise in handling systems for complicated parts, especially those that differ slightly one from another. In this case, there were three problems to solve. First, orienting the parts so that the hole was trailing, which was solved in the tooling. The system was designed with a selector that allowed only the solid-lobe-leading parts to move down the line. The misoriented parts were sent back to the return pan.

The second solution dealt with the requirement that the parts be fed stamped-face up. Fortville incorporated a vision inspection system that checked for the stamp. Smooth surfaces were rejected and taken off the line. This inspection was not necessary for the smooth-on-both-sides parts; however Fortville added a second inspection program to look for stamped parts when they weren’t supposed to be there. A switch was added in the operator controls that allowed the smooth parts to proceed down the line and removed any stray stamped parts that might have gotten mixed into the hopper. This switch provided an added check with minimal changeover for the operator, but it also assured that human error in loading the parts would not cause a problem.

The third solution had to do with the way these components were fed to the customer’s lines. They had to be pushed precisely into an existing track that inclined into the assembly cell. Fortville built a pusher mechanism at the end of the line. It included two nests that secured each part within a shuttle that moved them into position and then pushed them into the track. While one part was shuttled into the track, the other part was loaded in the nest. The shuttle moved back and forth to feed the parts at 20 parts per minutes.

Fortville engineered a solution that met the customer’s requirements and made it easy to load and feed any of the three components. 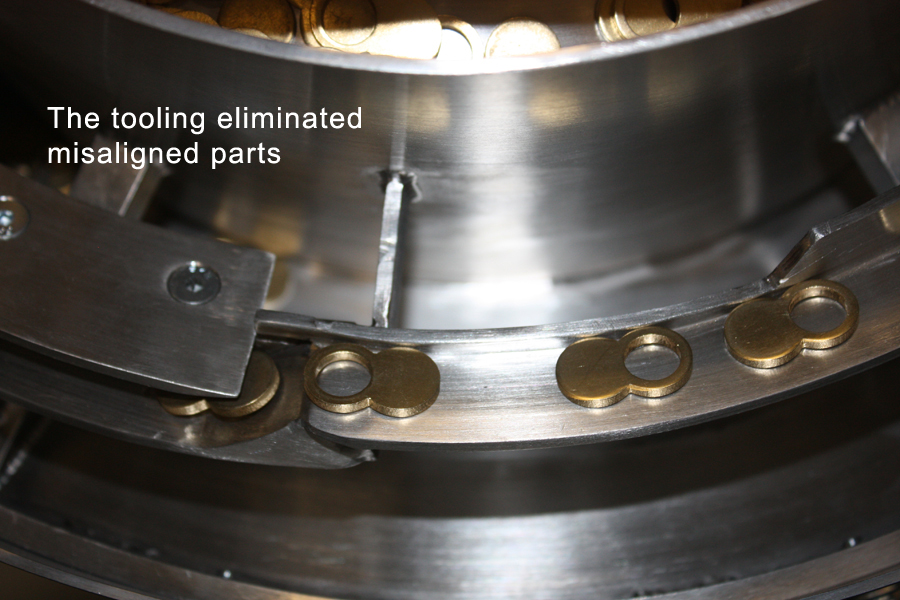 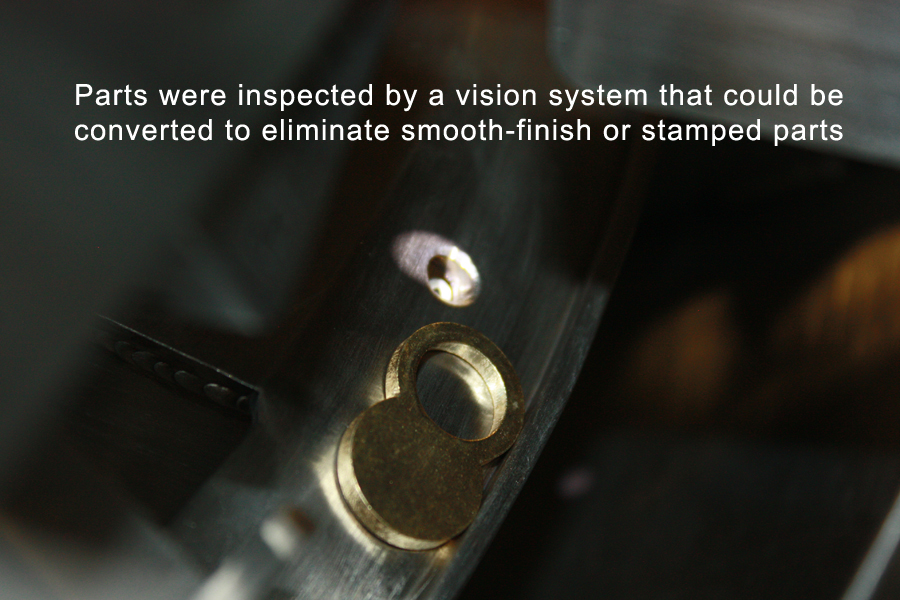 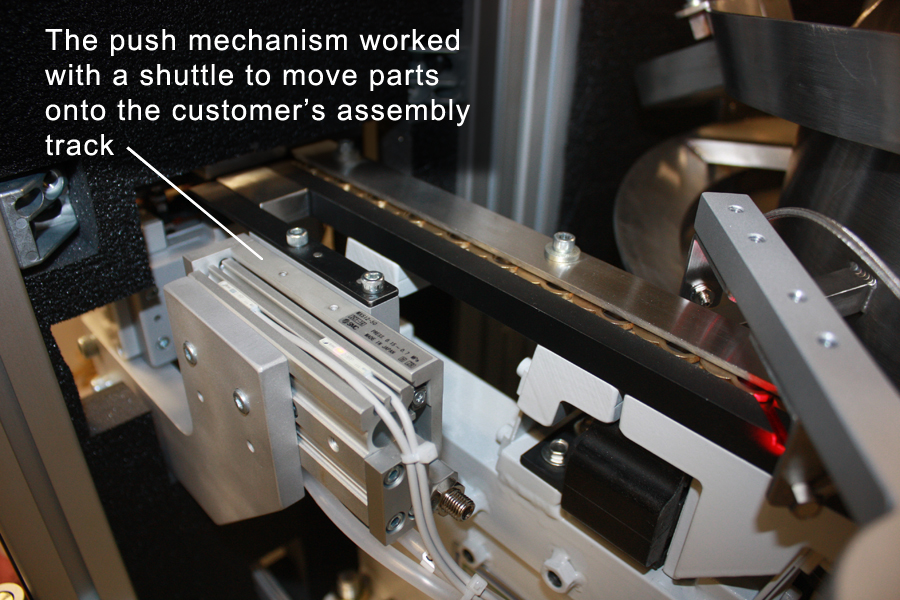 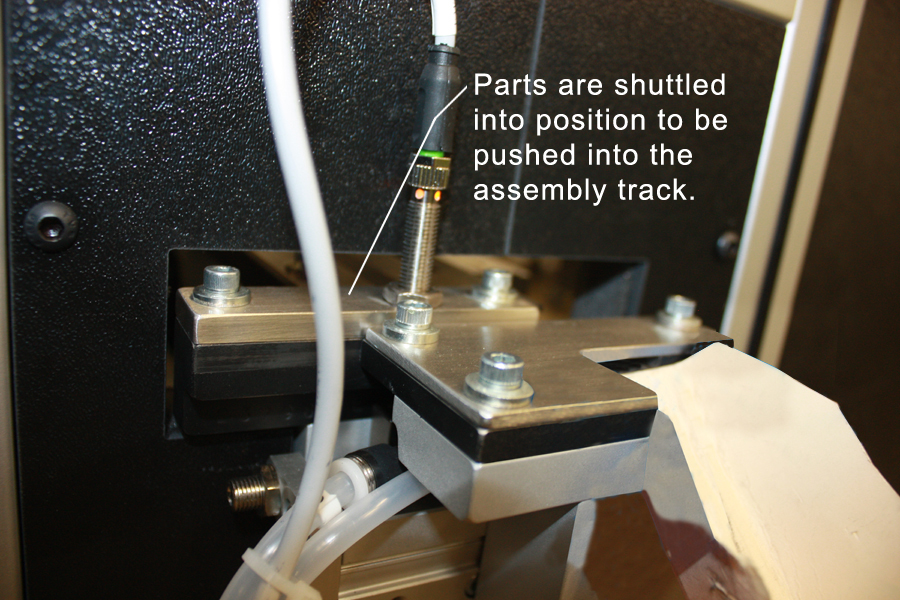